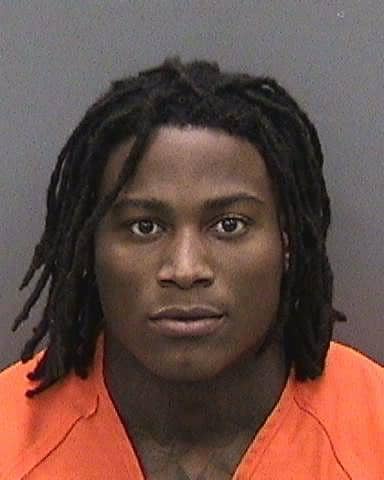 SANTA CLARA — A day after the San Francisco 49ers released linebacker Reuben Foster following a domestic violence arrest, coach Kyle Shanahan said he and the team were unaware of a prior altercation in October between Foster and the same alleged victim.

Foster was arrested Saturday night for an incident at the team hotel in Tampa, the latest in a string of legal issues involving the linebacker. The 49ers cut Foster on Sunday morning before their game against the Buccaneers.

Reports emerged later Sunday that police had been called on Oct. 12 for another incident between Foster and the woman in Santa Clara.

The 49ers claimed they had a zero-tolerance policy this season with Foster, who also was arrested on a domestic violence charge last spring involving the woman. The Associated Press generally does not identify victims of alleged domestic violence.

“Absolutely not,” Shanahan said Monday when asked if he knew about the October incident. “The first time I heard about it, somebody told us about it when we landed (Sunday night) after it was written in the paper. Everyone in our building was the same on that.”

Shanahan spent the majority of his news conference Monday defending the team’s decision to release Foster, the way the team handled Foster during his tenure — and the decision to draft the troubled player in the first place.

“There were things that we believed we could help him with,” Shanahan said. “We worked on him since he’s been here. … We thought he would improve and we were gonna do everything we could to help him. And Reuben did improve in some things.

“But for that to come up … and what happened Saturday with the same (person) at a team hotel, it’s just hard to comprehend how you could put yourself in that situation again.”

There were red flags surrounding Foster leading up to the 2017 draft, including failing a drug test at the combine.

Though domestic violence charges were dropped against him last spring, Foster served a two-game suspension to begin this season for his arrest on a gun charge and for misdemeanor marijuana possession.

“There’s not many things in this world more wrong than domestic violence and things like that.” — coach Kyle Shanahan

Shanahan said the 49ers had someone checking in on Foster often, doing everything the team could do short of having someone live with him.

“I do believe in his heart,” the coach said. “I hope I’m not wrong on that. Shame on me if I am. But I also know he’s shown that we couldn’t trust his decision-making. … There’s not many things in this world more wrong than domestic violence and things like that.”

Shanahan said he twice tried calling Foster on Monday but only got his voicemail.

There Weren’t Many Football-Related Questions

“Hopefully this is rock bottom for him,” Shanahan said, “and he can fix himself in all those ways and still find a way to go have success in his life, or hopefully with another team someday.”

“Hopefully this is rock bottom for him, and he can fix himself in all those ways and still find a way to go have success in his life, or hopefully with another team someday.” — coach Kyle Shanahan

There weren’t many football-related questions for Shanahan on Monday, but he did say Nick Mullens would remain San Francisco’s starting quarterback this Sunday at Seattle despite a shaky effort in a 27-9 loss at Tampa Bay.

“I know I said Nick didn’t play very well, but no one played well and I didn’t coach well,” Shanahan said. “So it was all of us. Nick did a good job in his first two games. He was not the reason that happened yesterday, so it would be unfair to (replace him).”

NOTES: Strong safety Jaquiski Tartt is day-to-day with a stinger in the same shoulder that’s given him problems recently. . Safety D.J. Reed is expected to miss Sunday’s game with a foot strain and chest contusion. … Receiver Pierre Garcon (knee) will be evaluated Wednesday.