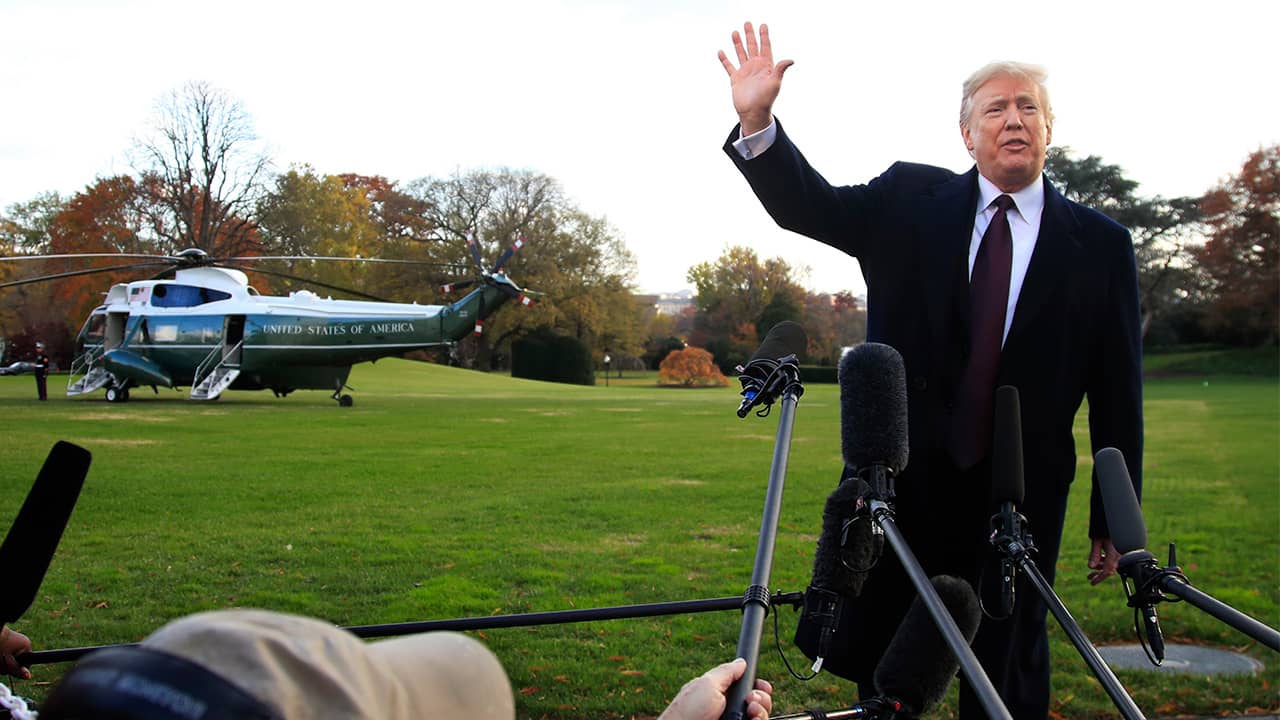 WASHINGTON — President Donald Trump has provided the special counsel with written answers to questions about his knowledge of Russian interference in the 2016 election, his lawyers said Tuesday, avoiding at least for now a potentially risky sit-down with prosecutors. It’s the first time he has directly cooperated with the long investigation.

The step is a milestone in the negotiations between Trump’s attorneys and special counsel Robert Mueller’s team over whether and when the president might sit for an interview.

The compromise outcome, nearly a year in the making, offers some benefit to both sides. Trump at least temporarily averts the threat of an in-person interview, which his lawyers have long resisted, while Mueller secures on-the-record statements whose accuracy the president will be expected to stand by for the duration of the investigation.

The responses may also help stave off a potential subpoena fight over Trump’s testimony if Mueller deems them satisfactory. They represent the first time the president is known to have described to investigators his knowledge of key moments under scrutiny by prosecutors.

But investigators may still press for more information.

Mueller’s team months ago presented Trump’s legal team with dozens of questions they wanted to ask the president related to whether his campaign coordinated with the Kremlin to tip the 2016 election and whether he sought to obstruct the Russia probe by actions including the firing of former FBI Director James Comey. The investigators agreed to accept written responses to questions about potential Russian collusion and tabled, for the moment, obstruction-related inquiries.

“The written questions submitted by the special counsel’s office … dealt with issues regarding the Russia-related topics of the inquiry. The president responded in writing.” — Trump attorney Jay Sekulow

Mueller left open the possibility that he would follow up with additional questions on obstruction, though Trump’s lawyers — who had long resisted any face-to-face interview — have been especially adamant that the Constitution shields him from having to answer any questions about actions he took as president.

Trump attorney Jay Sekulow offered no details on the current Q&A, saying merely that “the written questions submitted by the special counsel’s office … dealt with issues regarding the Russia-related topics of the inquiry. The president responded in writing.” He said the legal team would not release copies of the questions and answers or discuss any correspondence it has had with the special counsel’s office.

Another of Trump’s lawyers, Rudy Giuliani, said the lawyers continue to believe that “much of what has been asked raised serious constitutional issues and was beyond the scope of a legitimate inquiry.” He said Mueller’s office had received “unprecedented cooperation from the White House,” including about 1.4 million pages of materials.

“It is time to bring this inquiry to a conclusion,” Giuliani said.

The president told reporters last week that he had prepared the responses himself.

Trump said in a Fox News interview that aired Sunday that he was unlikely to answer questions about obstruction, saying, “I think we’ve wasted enough time on this witch hunt and the answer is, probably, we’re finished.”

Trump joins a list of recent presidents who have submitted to questioning as part of a criminal investigation.

In 2004, President George W. Bush was interviewed by special counsel Patrick Fitzgerald’s office during an investigation into the leaked identity of a covert CIA officer. In 1998, President Bill Clinton testified before a federal grand jury in independent counsel Ken Starr’s Whitewater investigation.

“It’s very extraordinary if this were a regular case, but it’s not every day that you have an investigation that touches upon the White House,” Solomon Wisenberg, a Washington lawyer who was part of Starr’s team and conducted the grand jury questioning of Clinton, said of a prosecutor accepting written answers.

Mueller could theoretically still try to subpoena the president if he feels the answers are not satisfactory.

But Justice Department leaders, including acting Attorney General Matthew Whitaker — who now oversees the investigation and has spoken pejoratively of it in the past — would have to sign off on such a move, and it’s far from clear that they would. It’s also not clear that Mueller’s team would prevail if a subpoena fight reached the Supreme Court.

“Mueller certainly could have forced the issue and issued a subpoena, but I think he wants to present a record of having bent over backwards to be fair.” — Solomon Wisenberg, a Washington lawyer

“Mueller certainly could have forced the issue and issued a subpoena, but I think he wants to present a record of having bent over backwards to be fair,” Wisenberg said.

The Supreme Court has never directly ruled on whether a president can be subpoenaed to testify in a criminal case. Clinton was subpoenaed to appear before the Whitewater grand jury, but investigators withdrew the subpoena after he agreed to appear voluntarily.

Other cases involving Presidents Richard Nixon and Clinton have presented similar issues for the justices that could be instructive now.

In 1974, for instance, the court ruled that Nixon could be ordered to turn over subpoenaed recordings, a decision that hastened his resignation. The court in 1997 said Clinton could be questioned under oath in a sexual harassment lawsuit brought by Paula Jones.