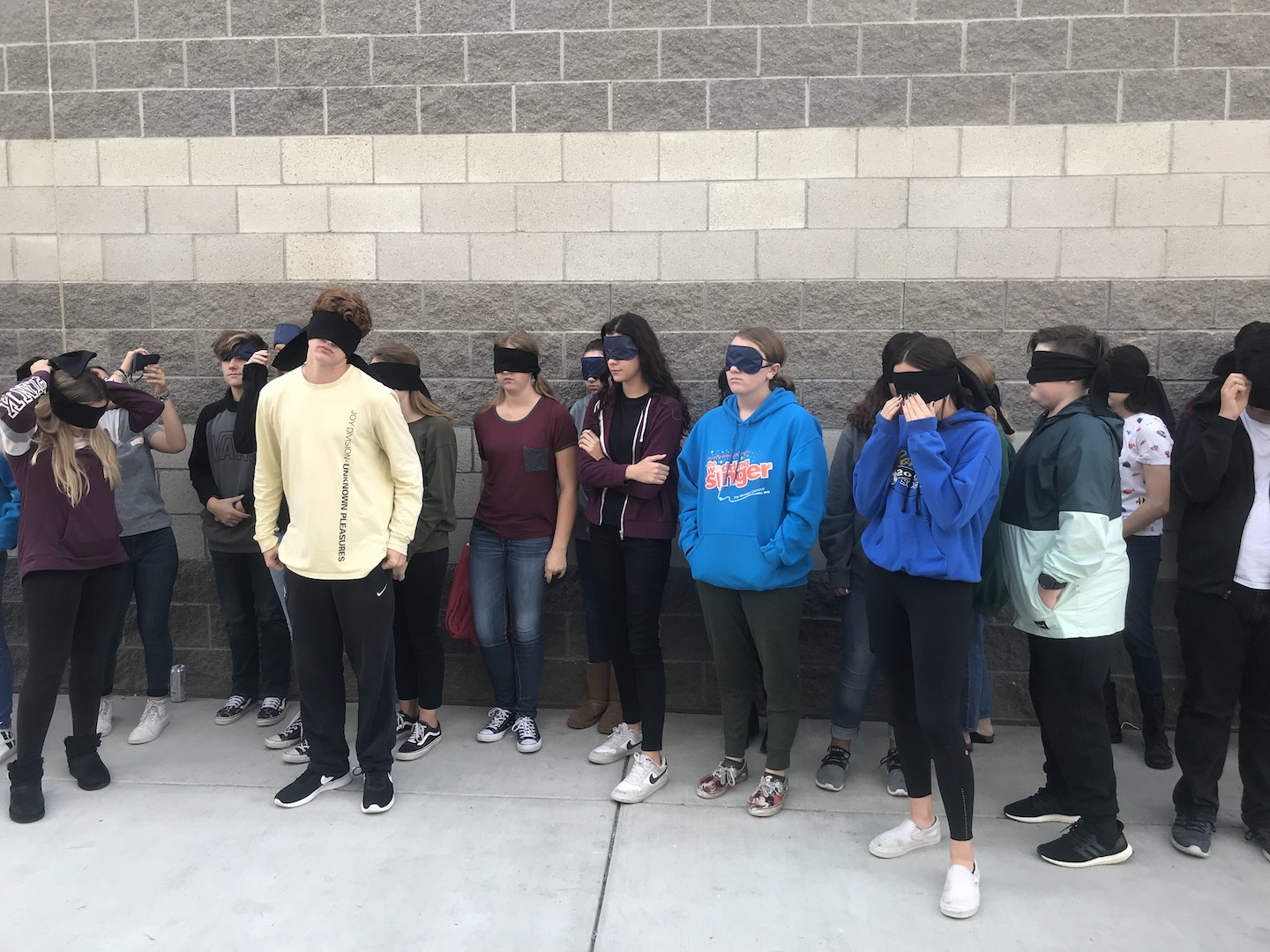 Students in Joel Abels’ drama class at Clovis North High School can tell you how an otherwise simple task like eating can be a challenge when you can’t see your plate.

For Baylee Pearson, the experience was awkward. 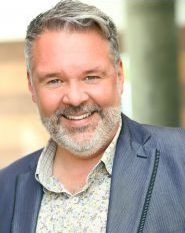 “I actually had to feel the food on my fork with my hands and then eat it,” she said.

Meagan Dadianwallis had trouble keeping her food on her plate: “I spilled everything.” 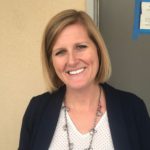 “I hope the activity creates an understanding of what Heaven goes through on a day-to-day basis, and how they can be helpful and include her in what they are doing in the future.” — April Pair, a specialist for the visually impaired at Clovis North High School

They are among 36 students who participated in a “Savory for the Senses” class experiment to understand what it is like to eat while visually impaired.

Inspiration for the Experiment

Abels said he drew inspiration from student Heaven Vallejos, who is blind.

“It is an awareness that I wanted to create,” Abels said. “This is another way for us to be reminded and to know that she can do anything and she will.”

Vallejos, 14, said she was touched that her classmates wanted to participate in the experience.

“I have never seen really any class I’ve been in do anything like this,” said Vallejos, who was born blind. “It was just really cool to see what they thought and what happened after they took off the blindfolds.”

Walk In Someone Else’s Shoes

April Pair, a specialist for the visually impaired at Clovis North, said she hopes students gained a better insight into Vallejos’s world. 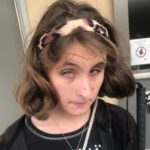 “We live life, too. It is just a little different.”— Heaven Vallejos, a visually-impaired student at Clovis North High School

“I hope the activity creates an understanding of what Heaven goes through on a day-to-day basis, and how they can be helpful and include her in what they are doing in the future,” Pair said.

For Kaeli McIntyre, taking the blindfolds off made her sad.

“I wanted to keep them on just to see what she has to go through even more,” McIntyre said.

Aiken said she thought she would dislike eating blindfolded but had a different perspective afterward.

“It was an experience like no other,” Aiken said. “I think everyone should try it at least once in their lives.”

After the experiment, Pearson said she is starting to appreciate things in her life more.

“I learned that being able to see is a really big thing,” Pearson said. “All the small, little things that seem like nothing to me would be really hard if I wasn’t able to see.” 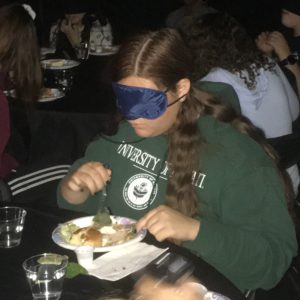 A Clovis North High School eats while blindfolded to better understand the experiences of a visually impaired classmate.

For McIntyre, there was a realization that she takes a lot for granted.

Lily Needhan said the experiment was fun and exciting.

“But doing it every day would be very difficult,” she said.

Difficult, indeed, but Vallejos has learned to not set limits.

For instance, she participates in drama and cross country and is learning how to ride a city bus alone.

“We live life, too. It is just a little different,” Vallejos said.