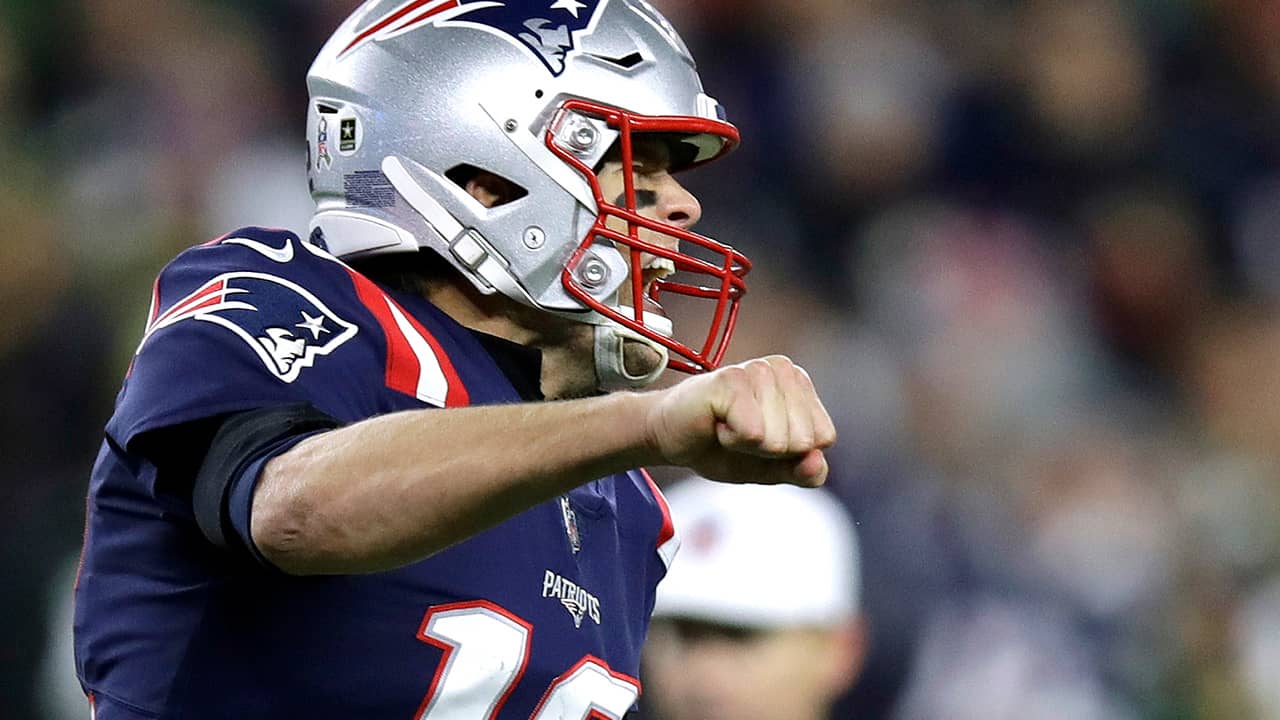 FOXBOROUGH, Mass. — Tom Brady and Aaron Rodgers spent the week telling anyone who asked that the other guy was the better quarterback.

“We made some plays in the fourth quarter when we needed to. Anytime you beat a good football team it feels good. So, 7-2 is a long ways from 1-2 where we were.” — Tom Brady, New England Patriots quarterback

In the second matchup between the future Hall of Famers, it was the one with five Super Bowl rings who walked off the field with the victory.

Brady threw for 294 yards and a touchdown, and James White ran for two scores to lead the New England Patriots to a 31-17 victory over Rodgers and the Green Bay Packers on Sunday night.

It was the sixth straight victory for the Patriots (7-2).

“We made some plays in the fourth quarter when we needed to,” Brady said. “Anytime you beat a good football team it feels good. So, 7-2 is a long ways from 1-2 where we were.”

Rodgers completed 24 of 43 passes and two touchdowns but failed to rally his team after tying the game in the third quarter. Rodgers won the first matchup with Brady at Lambeau Field in 2014.

17-All Late in the Third Quarter

“If you play long enough, and you have the sustained greatness that Tom has had, there’s going to be a lot of records,” Rodgers said. “He’s been the gold standard at quarterback for two decades.”

“If you play long enough, and you have the sustained greatness that Tom has had, there’s going to be a lot of records. He’s been the gold standard at quarterback for two decades.” — Aaron Rodgers, Green Bay Packers quarterback

It was 17-all late in the third quarter when Aaron Jones fumbled for Green Bay (3-4-1).

New England receiver Julian Edelman hit White on a 37-yard catch-and-run to set up White’s second score, a 1-yard run. On the Patriots next possession, Brady connected with Josh Gordon for a 55-yard TD.

With tight end Rob Gronkowski out with a back and ankle injury and leading rusher Sony Michel out for the second straight week with a knee issue, Brady and the Patriots had to get creative.

They again turned to receiver Cordarrelle Patterson to help carry the load in the backfield. Brady Completed 16 of His First 22 Passes

Patterson was effective for the second straight week, rushing 11 times for 61 yards and a touchdown.

“So much of our team is guys being in roles that maybe they didn’t sign up for,” Brady said. “But they’re asked to do it. … A lot of guys down and you’re short at certain spots. Obviously, we have a lot of trust in him that when he’s got the ball in his hands good things are going to happen.”

He worked in tandem with White to keep the Packers defense guessing. White took advantage and found space to turn short completions into first downs.

New England also capitalized on a pair of long flea-flicker passes to set up scores.

Rodgers was on target in the first half. He was elusive in the pocket and extended plays with his feet, keeping the Patriots’ secondary off balance long enough to create space downfield or some big gains.

The longest was a 51-yard pass to Marquez Valdes-Scantling in the third quarter that helped set up Rodgers’ 15-yard TD pass to Jimmy Graham that tied the game at 17. But the pocket got smaller in the second half as the Patriots defense sped him up, hitting him six times and sacking him once.

Brady completed 16 of his first 22 passes but had six straight incompletions in the third quarter.

The Patriots’ Defense Tightened on Green Bay’s Next Drive

There wasn’t a turnover in the game until Green Bay’s Jones was stripped by Lawrence Guy early in the fourth quarter. The fumble was recovered by Stephon Gilmore on the Patriots’ 24.

“It was obviously a big play in the game. That was a turning point.” — Mike McCarthy, Green Bay Packers coach

New England quickly capitalized, using four straight completions by Brady and a 37-yard pass from Julian Edelman to get to the Packers’ 2. White scored from a yard out two plays later to put the Patriots back in front 24-17.

“It was obviously a big play in the game,” Packers coach Mike McCarthy said. “That was a turning point.”

The Patriots’ defense tightened on Green Bay’s next drive. It culminated on third down when Adrian Clayborn and Trey Flowers dropped Rodgers for a 9-yard sack and forcing a punt.

On just the third play of the ensuing drive Brady found Gordon over the middle. Packers cornerback Tramon Williams had a shot at a tackle, but whiffed, springing Gordon for his 55-yard touchdown .

Packers safety Jermaine Whitehead was ejected in the second quarter.

Called for Unnecessary Roughness and Tossed

Whitehead was trading shoves with Patriots center David Andrews when second year defensive back from Auburn spun around and slapped Andrews in the face.

He was called for unnecessary roughness and tossed. Whitehead was the replacement for Ha Ha Clinton-Dix, who was traded to the Washington Redskins last week.

Packers: WR Geronimo Allison was inactive for the Packers with a groin injury. He was a key contributor in the passing game before missing two weeks with a hamstring issue. … Starting RT Bryan Buluga left the game in the first half with a knee injury and did not return. … CB Kevin King left the game with a hamstring injury and did not return. … S Kentrell Brice left in the third quarter with a knee injury.

Patriots: Gordon said he dislocated his finger early in the game while catching a pass but played through the pain. “It was just like a freak accident. Nothing too crazy,” Gordon said. “It dislocated. So I popped it back into place a couple of times.”

Team owner John Henry, manager Alex Cora and several players including World Series MVP Steve Pearce, J.D. Martinez and Brock Holt stood atop a duck boat hosting their championship trophy as they were driven onto the field before kickoff.

Cora greeted Patriots team owner Robert Kraft and others, and also took a selfie with Brady.

Patriots: At Tennessee on Sunday.

Neil Young Acknowledges He and Daryl Hannah Are Married