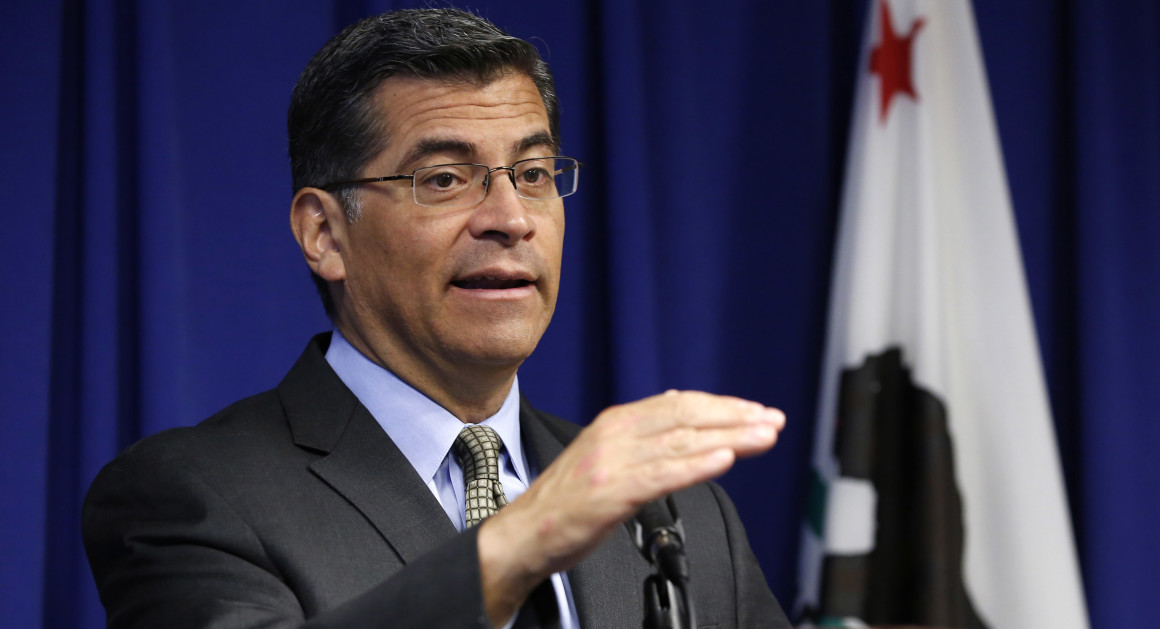 SACRAMENTO — A conservative San Diego radio host who is a driving force behind an initiative to repeal recent gas tax increases said this week that he’ll seek to recall California’s Attorney General Xavier Becerra if the measure fails.

The effort by Carl DeMaio would ensure the gas tax remains a political fight long after the voters decide Proposition 6 next week. Opposition to the higher gas taxes and vehicle registration fees passed last year by state lawmakers has been a central message for Republicans, who have struggled in an increasingly Democratic state.

DeMaio said Becerra deceived voters by writing a ballot title that doesn’t clearly explain that Proposition 6 would reduce gas taxes. Becerra’s ballot title — the official summary that describes the initiative — focuses on the elimination of road repair funding, consistent with the messaging used by the initiative’s opponents.

“This ain’t over on Election Day if they steal the election. We’ve only just begun.” — Carl DeMaio

“This ain’t over on Election Day if they steal the election,” DeMaio told reporters Monday in front of the state Capitol. “We’ve only just begun.”

Becerra, a Democrat, said courts sided with him on another gas-tax repeal measure that had a similar ballot title but did not qualify. DeMaio said he didn’t sue over his measure because he knew he wouldn’t win.

Becerra is favored to win in next week’s election over Republican Steven Bailey, a retired judge.

Republicans have latched onto the gas tax as a salient issue that appeals across the political divide at a time when Democrats are hyper-motivated by opposition to President Donald Trump. GOP officials fear a swarm of Trump opponents going to the polls could challenge their candidates for Congress and the state Legislature.

DeMaio is a former San Diego city councilman and a vocal champion for conservative issues. The recall would keep his name in the news and engage conservatives despite repeated losses at the ballot box, said Bill Whalen, a Hoover Institution research fellow and speechwriter for former Republican Gov. Pete Wilson. “You need to find a way to keep your side in the game, to keep them motivated,” Whalen said. “Perhaps this recall is one way to do that.”

With Democrats in control of California’s government, the only way for conservatives to advance their ideals or block liberal ones is through the initiative process, so accusations of game-playing will resonate, Whalen said.

The gas-tax repeal effort was put on the ballot with money largely from the state’s Republican members of the U.S. House, who hoped it would gin up enthusiasm among conservatives.

John Cox, the Republican gubernatorial candidate, is chairman of the repeal campaign and has made opposition to the gas tax a central part of his message.

DeMaio, backed by the state GOP, put the gas tax at the center of a successful recall of Democratic state Sen. Josh Newman, who voted for the tax hike and represented a district that historically elected Republicans.

Democratic enthusiasm will likely be an even bigger challenge for Republicans during the 2020 presidential election.

DeMaio announced in September that he’ll pursue a 2020 ballot measure that would eliminate the state’s high-speed rail project and change the Constitution to require all fees related to transportation — from the gas tax to taxes on vehicle sales and car insurance — be spent only on transportation-related projects.

Repeal supporters have been fuming for more than a year about Becerra’s ballot title. Republican Assemblyman Travis Allen of Huntington Beach sued Becerra over a similar ballot title on a separate, failed gas tax repeal initiative that Allen proposed. A Sacramento County Superior Court judge sided with Allen but the ruling was overturned on appeal.