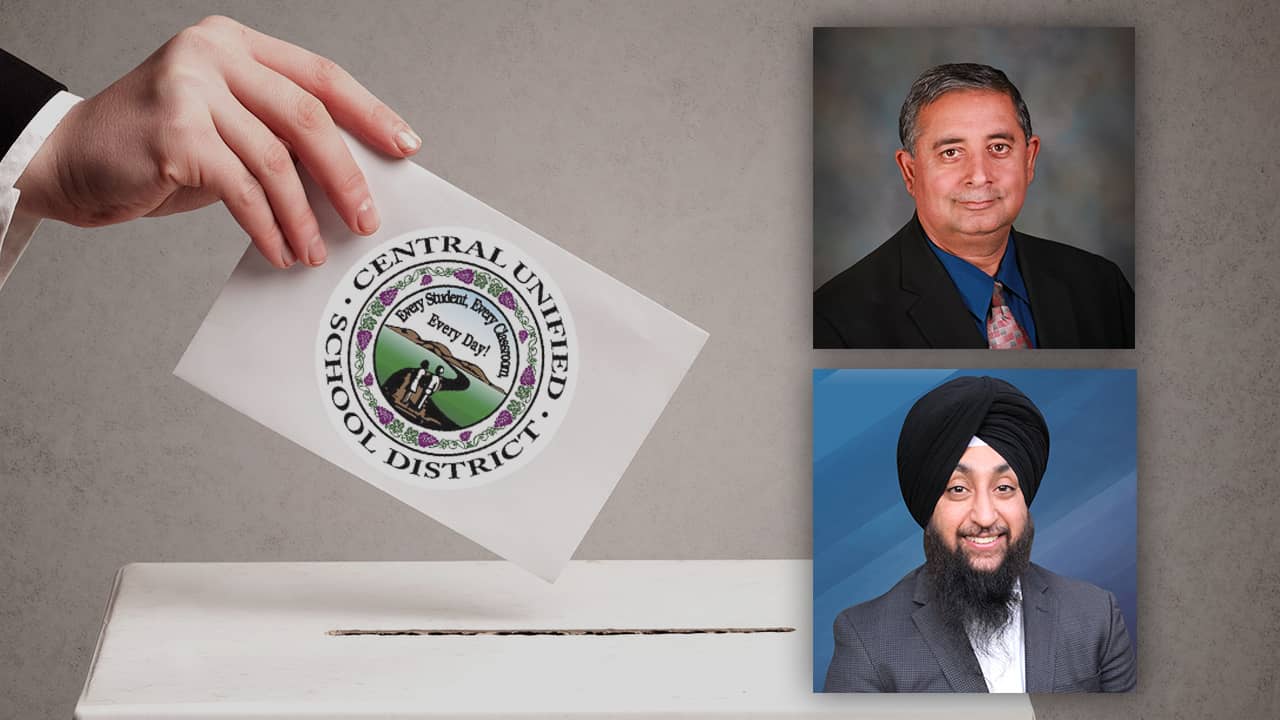 Naindeep Singh Chann, an executive director of a youth nonprofit in Fresno, believes his ability to listen and execute plans efficiently is what Central Unified’s School Board lacks in Area 7.
“We need a new leadership that puts students first and listens to the vision of the entire Central Unified community,” Singh Chann said. “I am here to listen and to serve.”
Singh Chann is challenging one-term Area 7 incumbent Rama Dawar.
Dawar joined the board of trustees after unseating incumbent Diana Milla in 2014. He ran as part of the successful “Four Horsemen” slate.
Dawar said he has been instrumental in improving the district. He pointed to helping to reduce class sizes, hiring more school counselors and increasing library hours.
Dawar also helped start Punjabi and Hmong language curriculum in district schools, and says he is focused on the district’s plans to build two elementary schools and a high school.
He believes his efforts on the board are worthy of another term.
“I am not running for money or power,” Dawar said. “It is my dream and my ambition to serve the community.”

Dawar was born and raised with his three siblings in Panipat, Haryana, one of 29 states in India.
In India, he obtained degrees from Arya Senior Secondary School, UP Hindi Vishav Vidayala, and OPJS Churu. He also holds degrees from Fresno City College and Ashworth University in Georgia. 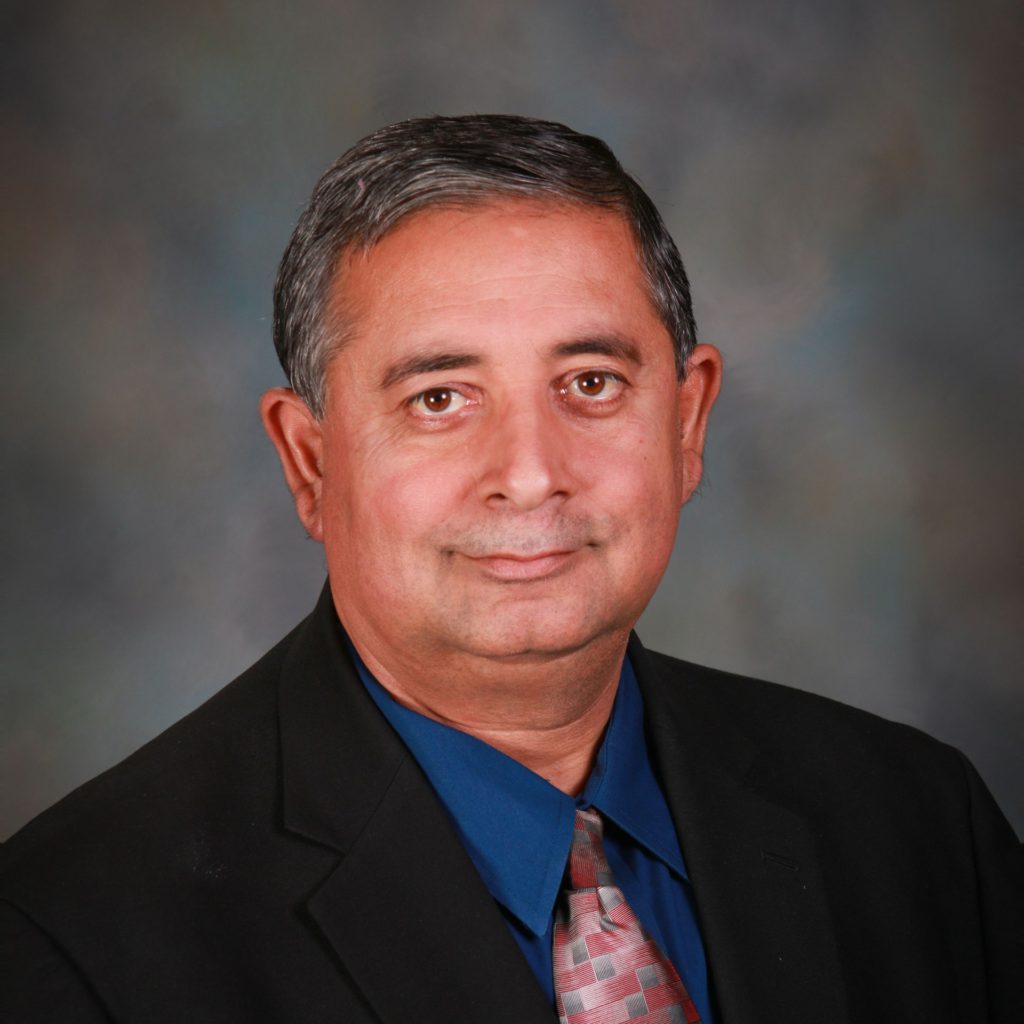 “The district is growing so we need more schools, and that we are doing.” — Rama Dawar, Area 7 incumbent
Dawar is the president of Rama’s Interpretation & Translation Services, and CEO of Helping Hands in Fresno.
He is also employed with Dawar Insurance Agency and Universal Health Network & Systems, Inc.
Fresno County Supervisor Chairman Sal Quintero and the California School Employees Association are among his endorsements.
Dawar said he is running for re-election to fulfill his ambition to serve the community.
To do that, Dawar said he wants to finish up several projects.

One of those projects is building a new high school.
Dawar also wants to turn the district’s east and west campuses into two different schools.
“That is our plan because we are a growing district,” Dawar said.
Keeping things the way they are, Dawar said, is a waste of money, time and resources.
“The district is growing so we need more schools, and that’s what we are doing,” Dawar said.

Enhancing vocational education programs throughout the district is another Dawar goals.
Currently, the district has programs in automobile, farming, nursing and plumbing.
“After studies, the superintendent and his team will suggest some new programs,” Dawar said. “If they appeal to our students and constituents then we will work on that.”
Dawar said the board hired a grant writer in hopes of getting grants to fund different programs.

Singh Chann was raised between Fresno and Madera with his younger brother.
He graduated from UCLA and Johns Hopkins University in Baltimore, Maryland. 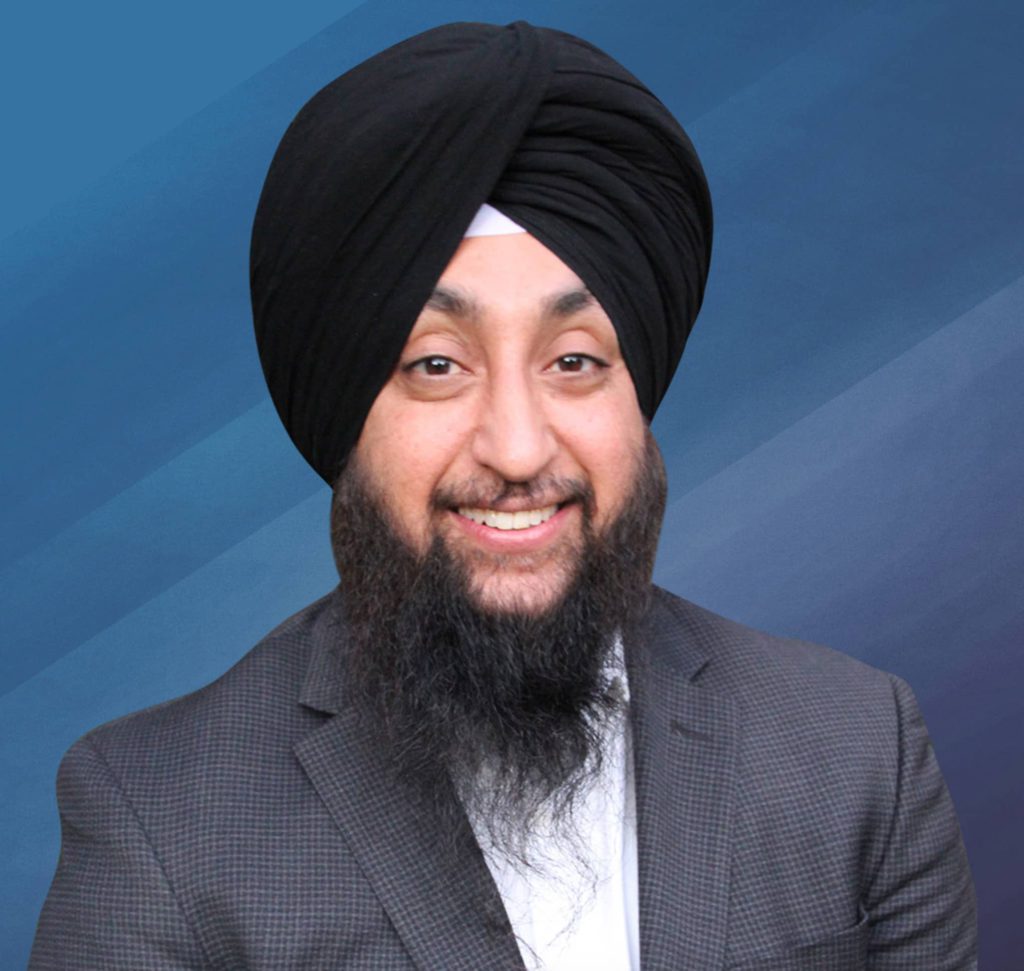 “We need a new leadership that puts students first and listens to the vision of the entire Central Unified community.” — Naindeep Singh Chann, candidate for Area 7 trustee
He is the founder and executive director of Jakara Movement — a grassroots community building organization in Fresno.
Singh Chann was also a camp counselor, mentor, science teacher and university lecturer.
Assemblyman Joaquin Arambula (D-Fresno), Fresno City Council President Esmeralda Soria, and Fresno Councilman Oliver Baines are among his endorsements.

Connected With The District

Singh Chann cited his long associations with Central Unified students as his reason for running.
“I have been involved with the Central Unified community for a long time and see this as an opportunity to serve the greater community and provide some fresh perspectives and younger voices,” Singh Chann said.
Singh Chann said the district is ready to become one of the premier school systems for the entire Valley.
“It is small enough to be nimble and take bold measures, yet large enough to scale and have a dramatic impact in Fresno County and beyond,” Singh Chann said.
Rebuilding trust through uniting the community and improving parental engagement throughout the district are some of Singh Chann’s goals.
“Listening to parents, teachers, staff, and community members, they are frustrated with the lack of transparency and accountability,” Singh Chann said. “I support their desire and passion for a better school district that creates quality education and opportunities for all students.”

Singh Chann said he also wants to ensure students have skills to succeed in a global economy with academic foundations and opportunities for career technical education.
“I have been passionate about education for my entire life and am an example of opportunities that open when you strive to gain critical problem-solving skills,” Singh Chann said.

He Voted for Farm Worker Overtime. Farm Interests Try to Make Him Pay.

2 Die After Falling From Overlook in Yosemite National Park