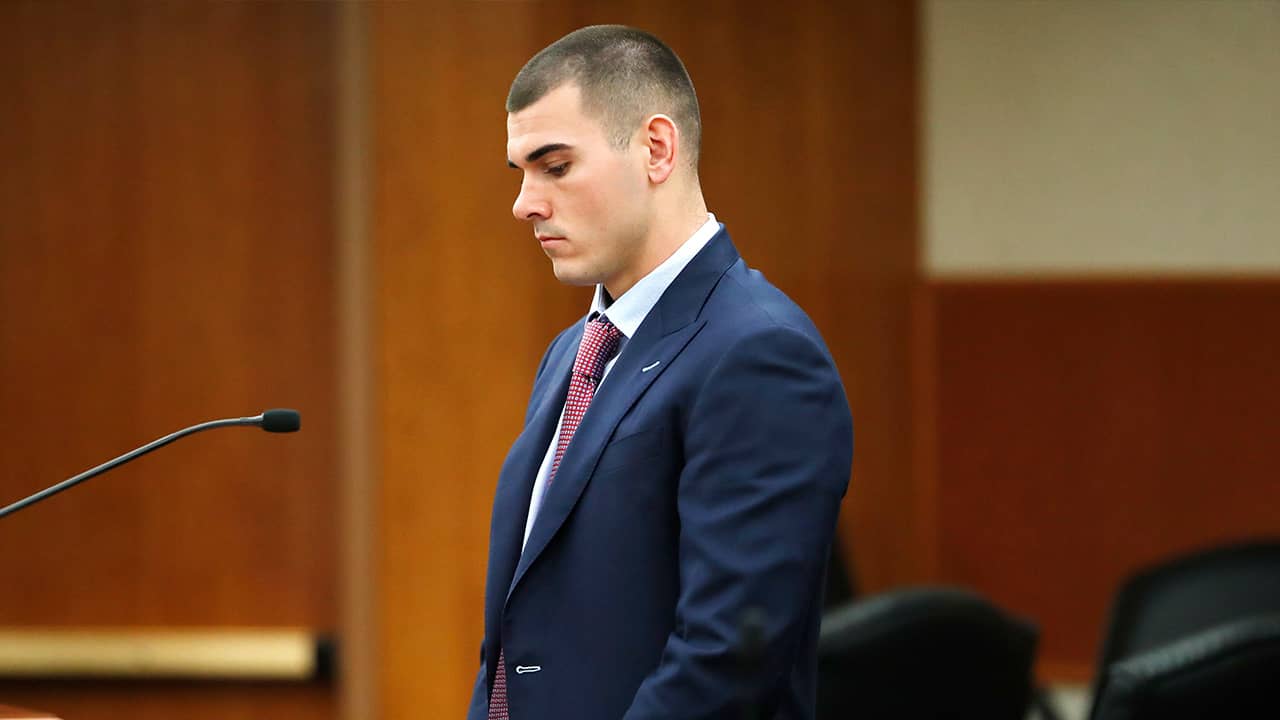 The Broncos Announced They Were Waiving Him

Steinberg declined to comment on his way out of the courtroom and again when reached by the AP later Wednesday.
Kelly ignored questions on his way back to his SUV in the parking lot about half an hour before the Broncos announced they were waiving him.
Kelly attended a Halloween costume party hosted by Von Miller on Monday night that has long been a tradition for Broncos players and their significant others.
It was after the party that Kelly found himself in trouble.
According to court records, a couple reported that a stranger entered their home in the Denver suburbs after 1 a.m. Tuesday, sat down on their couch and was “mumbling incoherently.” Police say they found the 24-year-old Kelly afterward parked nearby. The man identified Kelly as the intruder and provided surveillance video to police.
Police and court records do not address Kelly’s physical state at the time, and there is no mention of testing for alcohol or substance use. Police said officers made the arrest “without incident.”
Kelly was released from jail Tuesday on $2,500 bond.

Kelly Could Still Face Discipline From the NFL

If he gets another chance with another team, Kelly could still face discipline from the NFL, which said Tuesday that it is reviewing the matter.

He Was Kicked off the Clemson Team in 2014

Kelly, who earned the nickname “Swag” in college and burnished it with terrific performances in the preseason last summer, ended up playing just one snap for the Broncos, a kneel-down just before halftime against the Rams on Oct. 14 while Keenum was being evaluated for a concussion.
Kelly’s spectacular college career at Ole Miss was marked by off-field slip-ups, although he hadn’t been in any trouble since the Broncos drafted him.
He was kicked off the Clemson team in 2014 after arguing with coaches during the spring game. He also was arrested after a bar fight in 2014, eventually pleading guilty to a misdemeanor charge of disorderly conduct.
In October 2016, he was involved in a brawl at his brother’s high school football game in New York. He ran onto the field after his brother, Casey Kelly, apparently took a late hit and video shows several coaches restraining him on the field.
Although he didn’t play in the Senior Bowl after his final season at Ole Miss because of a right knee injury, he was in attendance all week in Mobile, Alabama, so he could talk with NFL teams about his off-field troubles.