Who Is Mary Curry Backing in District 3? She's 'Undecided.' 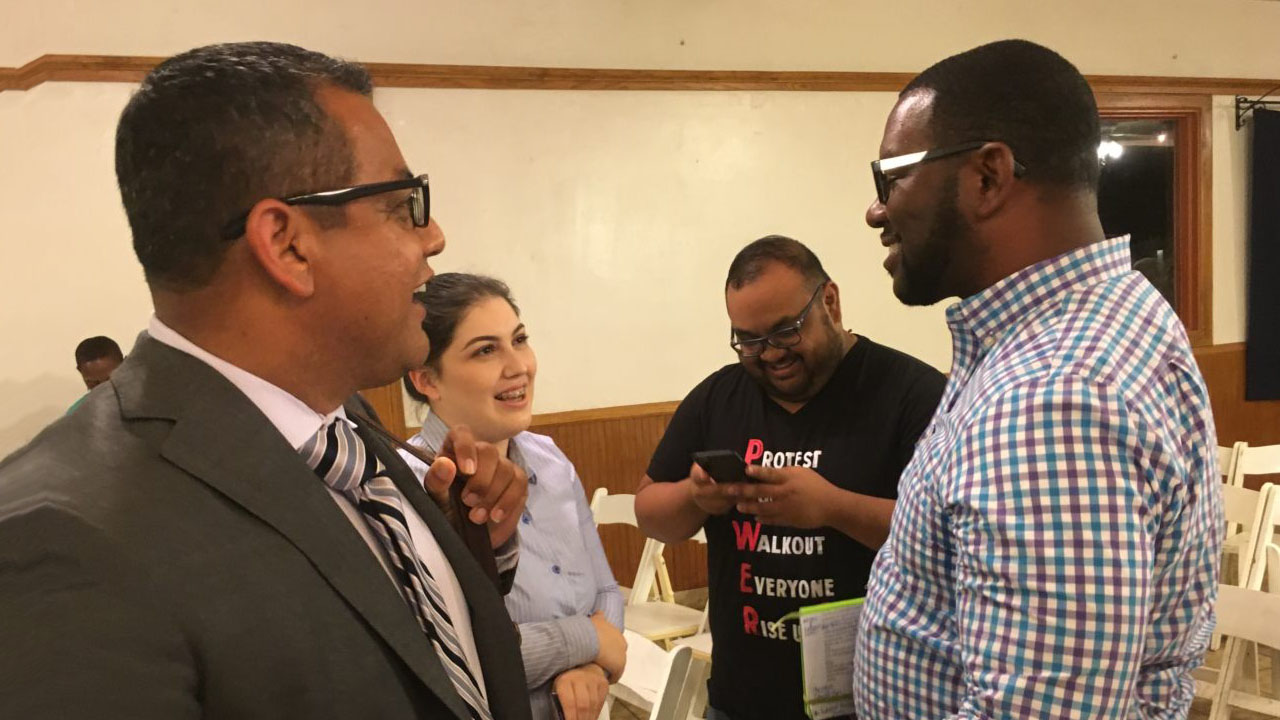 Mary Curry’s keen eyes and ears focused on what the two candidates vying to become her next city councilman said. The revered member of the southwest Fresno community took in a forum between Miguel Arias and Tate Hill at Tuolumne Hall in downtown Fresno on Oct.9.
The two council hopefuls struck familiar tones in the event held by Building Healthy Communities and partnering groups. After all, by the candidates’ count, this was their sixth forum or debate. And they will participate in GV Wire’s council candidate forum Tuesday.
If Curry has picked who she will vote for, she is keeping it close to her vest.
“It’s watch and see. I’ve seen it go both ways. Some candidates compromise. Some stick to their guns. I’m undecided,” she said. 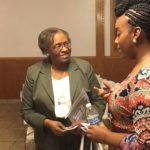 Under the banner of #OneHealthyFresno, this was the second of three forums held by the collaboration of advocacy groups. Moderators Ivanka Saunders and Lucio Avila asked the same questions they did in the earlier District 5 forum. (So, be prepared District 7 candidates Nelson Esparza and Brian Whelan! Their forum is Friday (Oct. 19) at the Parc Grove Commons).
Not much separated Arias and Hill’s viewpoints on how to make District 3 a better place to live for the residents of southwest and downtown Fresno. Officeholder Oliver Baines terms out in January. He has endorsed Hill.
Both candidates agreed that supporting a legal defense fund for illegal immigrants was a matter of public safety. Arias said that if the city can give money to corporations like Amazon, then “we can invest in immigrants.”
Hill wanted more partnerships with the legal community to provide support.

Cleaning the Air and Park Funding

Regarding air quality, Arias again criticized City Hall over its handling of Amazon’s distribution facility. Arias, who is relinquishing his State Center Community College District trustee’s seat to make a council bid,  said that the city bypassed community involvement with its quick approval of the online retailer’s south Fresno facility. He vowed to work with the community and require mitigation measures for any future projects.

Arias and Hill meet again next Tuesday (Oct. 16), when GV Wire hosts a forum involving the six candidates for three spots on the city council. News director Bill McEwen moderates.
The event takes place 6:30 p.m. at the Old Administration Building auditorium on the campus of Fresno City College. The event is free and the public is encouraged to attend.
CMAC will also broadcast the forum live on local cable and on its Facebook site.