Why Is It Fun to Be Scared? 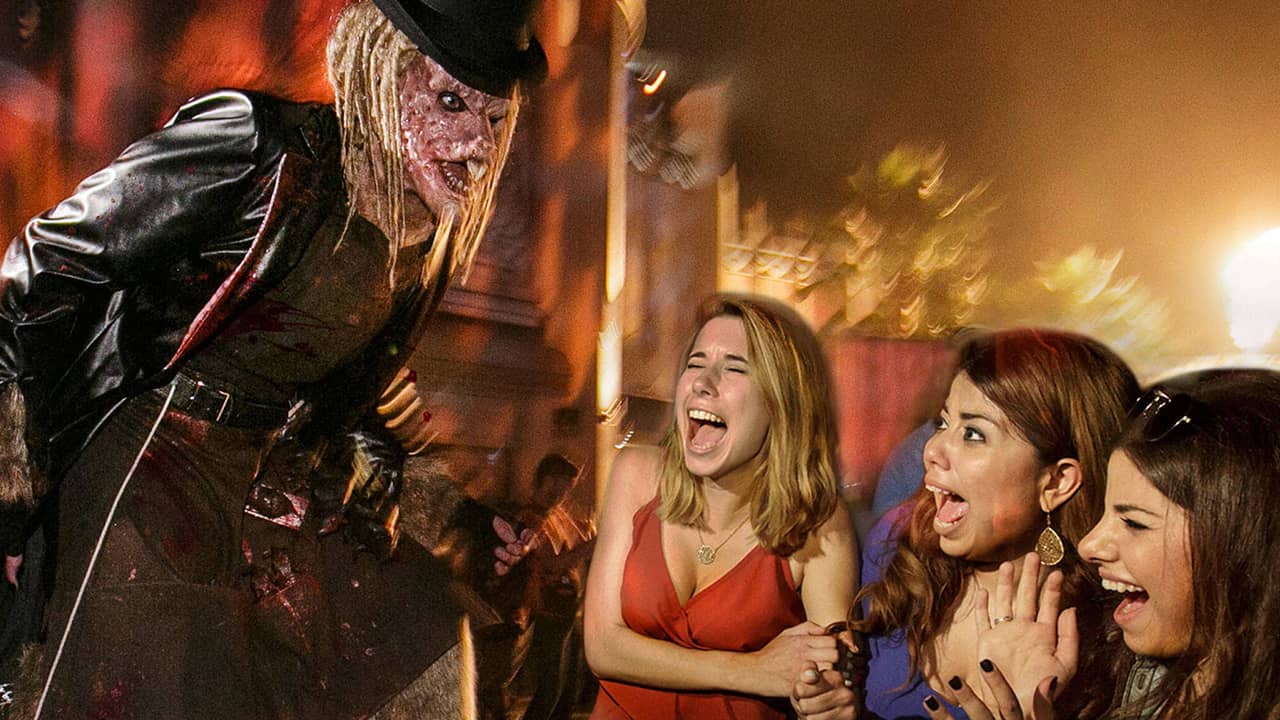 A new installment of the ‘Halloween’ franchise brings the action forward to 2018. (Photo: Universal Pictures)

Studying Fear at a Terrifying Attraction

To capture in real time what makes fear fun, what motivates people to pay to be scared out of their skin and what they experience when engaging with this material, we needed to gather data in the field. In this case, that meant setting up a mobile lab in the basement of an extreme haunted attraction outside Pittsburgh, Pennsylvania.
This adults-only extreme attraction went beyond the typical startling lights and sounds and animated characters found in a family-friendly haunted house. Over the course of about 35 minutes, visitors experienced a series of intense scenarios where, in addition to unsettling characters and special effects, they were touched by the actors, restrained and exposed to electricity. It was not for the faint of heart.
For our study, we recruited 262 guests who had already purchased tickets. Before they entered the attraction, each completed a survey about their expectations and how they were feeling. We had them answer questions again about how they were feeling once they had gone through the attraction.
We also used mobile EEG technology to compare 100 participants’ brainwave activity as they sat through 15 minutes of various cognitive and emotional tasks before and after the attraction.
Guests reported significantly higher mood, and felt less anxious and tired, directly after their trip through the haunted attraction. The more terrifying the better: Feeling happy afterward was related to rating the experience as highly intense and scary. This set of volunteers also reported feeling that they’d challenged their personal fears and learned about themselves.
Analysis of the EEG data revealed widespread decreases in brain reactivity from before to after among those whose mood improved. In other words, highly intense and scary activities – at least in a controlled environment like this haunted attraction – may “shut down” the brain to an extent, and that in turn is associated with feeling better. Studies of those who practice mindfulness meditation have made a similar observation.

Coming out Stronger on the Other Side

Together our findings suggest that going through an extreme haunted attraction provides gains similar to choosing to run a 5K race or tackling a difficult climbing wall. There’s a sense of uncertainty, physical exertion, a challenge to push yourself – and eventually achievement when it’s over and done with.

What It Takes to Be Safely Scared

While there are countless differences in the nature, content, intensity and overall quality of haunted attractions, horror movies and other forms of scary entertainment, they all share a few critical components that help pave the way for a fun scary time.

Dan Walters: Four Measures Would Do Little About Housing Crisis