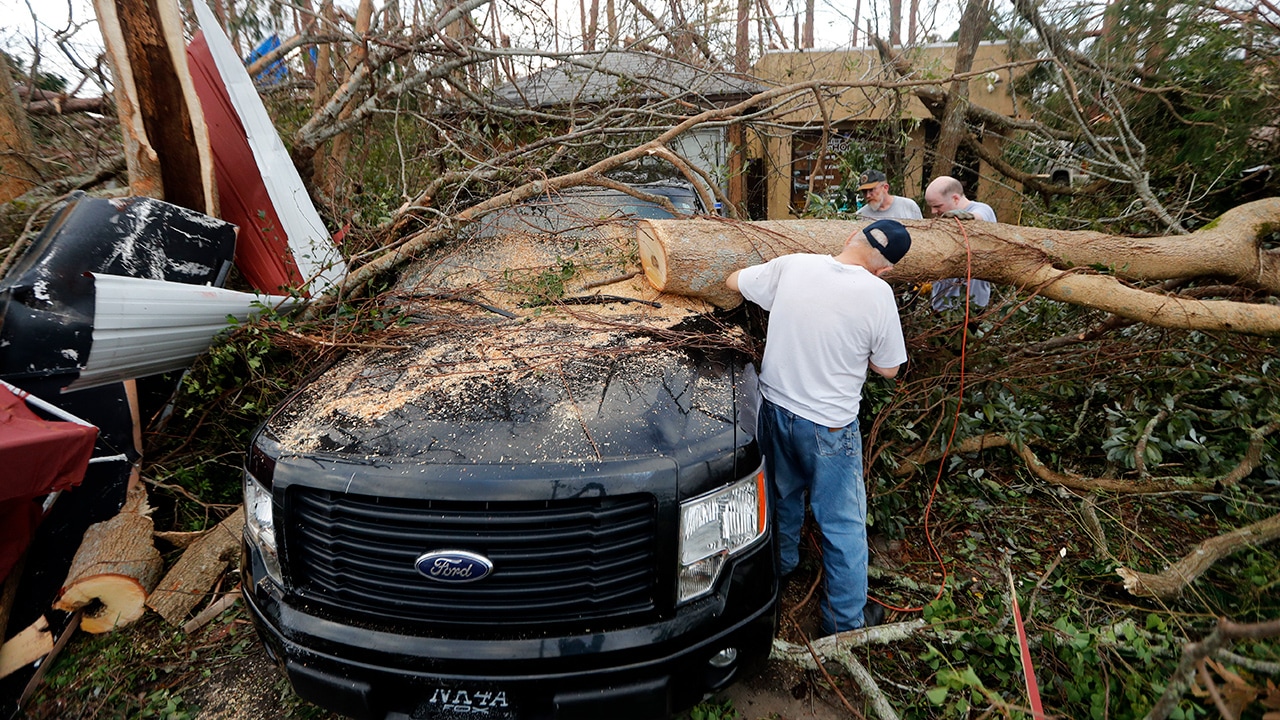 PANAMA CITY, Fla. — Search-and-rescue teams fanned out across the Florida Panhandle to reach trapped people in the wake of Hurricane Michael Thursday as daylight yielded scenes of rows upon rows of houses smashed to pieces by the third-most powerful hurricane on record to hit the continental U.S.

The Full Extent of the Damage

But the full extent of the damage was only slowly becoming clear, with some of the stricken areas difficult to reach because of roads blocked by debris or water. An 80-mile stretch of Interstate 10, the main east-west route along the Panhandle, was closed.
One of the hardest-hit spots was Mexico Beach, where Michael crashed ashore Wednesday as a Category 4 monster with 155 mph winds. Video from a CNN helicopter Thursday revealed widespread devastation across the town of about 1,000 people.
Entire blocks of homes near the beach were washed away, leaving nothing but concrete slabs in the sand. Rows and rows of other homes were reduced to piles of debris or crumpled and slumped at odd angles.
Scott said the National Guard got into Mexico Beach and rescued 20 people who survived the direct hit. The town was under a mandatory evacuation order as the rapidly developing storm closed in, but some people were determined to ride it out.

Covered by Fallen Trees, Power Lines and Other Debris

A day later, the beach town remained had to reach by land, with roads covered by fallen trees, power lines and other debris. 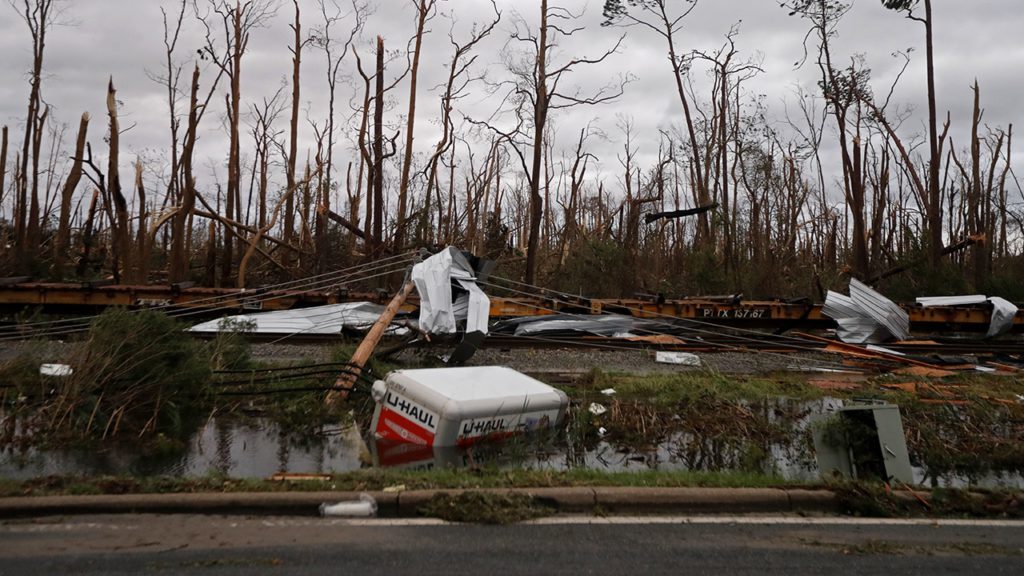 As of 11 a.m. EDT, Michael was centered about 35 miles south of Charlotte, North Carolina, with winds of 50 mph. It was moving northeast at 23 mph.
Forecasters said it could drop up to 7 inches of rain over the Carolinas and Virginia before pushing out to sea Thursday night.
In North Carolina, still struggling to recover after Florence, up to 6 inches of rain had fallen in the mountains by Thursday morning, and authorities carried out several swift-water rescues.
“For North Carolina, Michael isn’t as bad as Florence, but it adds unwelcome insult to injury, so we must be on alert,” Gov. Roy Cooper said.
Along the 200-mile Panhandle, Michael washed away white-sand beaches, hammered military bases and destroyed coastal communities, stripping trees to stalks, shredding roofs, toppling trucks and pushing boats into buildings.
Authorities said a falling tree killed a man outside Tallahassee, Florida, and an 11-year-old girl in Georgia was killed when the winds picked up a carport and dropped it on her home. One of the carport’s legs punctured the roof and hit her in the head.

An Associated Press team drove for miles and encountered extensive destruction around Panama City. Though most homes were still standing, no property was left undamaged.

Sally Crown rode out Michael on the Panhandle thinking at first that the worst damage was the many trees downed in her yard. But after the storm passed, she emerged to check on the cafe she manages and discovered a scene of breathtaking destruction.
“It’s absolutely horrendous. Catastrophic,” Crown said. “There’s flooding. Boats on the highway. A house on the highway. Houses that have been there forever are just shattered.”
More than 375,000 people up and down the Gulf Coast were ordered or urged to evacuate as Michael closed in. But it moved so fast and intensified so quickly that people didn’t have much time to prepare, and emergency authorities lamented that many ignored the warnings.
Based on its internal barometric pressure, Michael was the third most powerful hurricane to hit the U.S. mainland, behind the unnamed Labor Day storm of 1935 and Camille in 1969. Based on wind speed, it was the fourth-strongest, behind the Labor Day storm, Camille and Andrew in 1992.