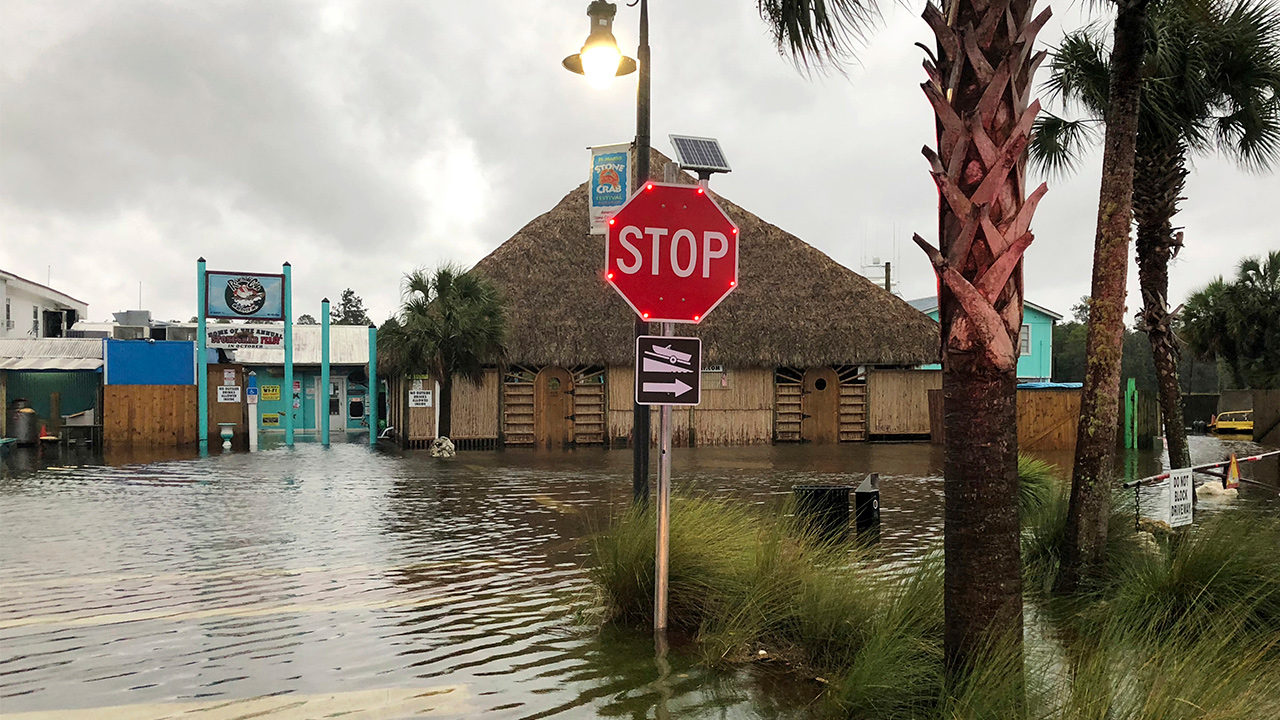 PANAMA CITY, Fla. — Gaining frightening fury overnight, Hurricane Michael closed in Wednesday on the Florida Panhandle with potentially catastrophic winds of 145 mph, the most powerful storm on record ever to menace the stretch of fishing towns, military bases and spring-break beaches.

The Fear of Losing Everything

In St. Marks, John Hargan and his family gathered up their pets and evacuated to a raised building constructed to withstand a Category 5 after water from the St. Marks River began surrounding their home. His 11-year-old son, Jayden, carried one of the family’s dogs in a laundry basket in one arm and held a skateboard in the other as he waded through calf-high water. Crisis Seen as a Test of Leadership

“We are in new territory,” National Hurricane Center Meteorologist Dennis Feltgen wrote on Facebook. “The historical record, going back to 1851, finds no Category 4 hurricane ever hitting the Florida panhandle.”
With Election Day less than a month away, the crisis was seen as a test of leadership for Scott, a Republican running for the Senate, and Tallahassee Mayor Andrew Gillum, the Democratic nominee for governor. Just as Northern politicians are judged on how they handle snowstorms, their Southern counterparts are watched closely for how they deal with hurricanes.
Several hours ahead of landfall, seawater was already lapping over the docks at Massalina Bayou near downtown Panama City, and knee-deep water was rising against buildings in St. Marks, which sits on an inlet south of Tallahassee.
Huge waves pounded the white sands of Panama City Beach, shooting frothy water all the way to the base of wooden stairs that lead to the beach.
More than 5,000 evacuees sought shelter in the capital city, which is about 25 miles from the coast but is covered by live oak and pine trees that can fall and cause power outages even in smaller storms.
Only a skeleton staff remained at Tyndall Air Force Base, situated on a peninsula just south of Panama City. The home of the 325th Fighter Wing and some 600 military families appeared squarely targeted for the worst of the storm’s fury, and leaders declared HURCON 1 status, ordering out all but essential personnel.

The base’s aircraft, which include F-22 Raptors, were flown hundreds of miles away as a precaution.

Yang Wants to Take Advocacy From the Streets to City Council