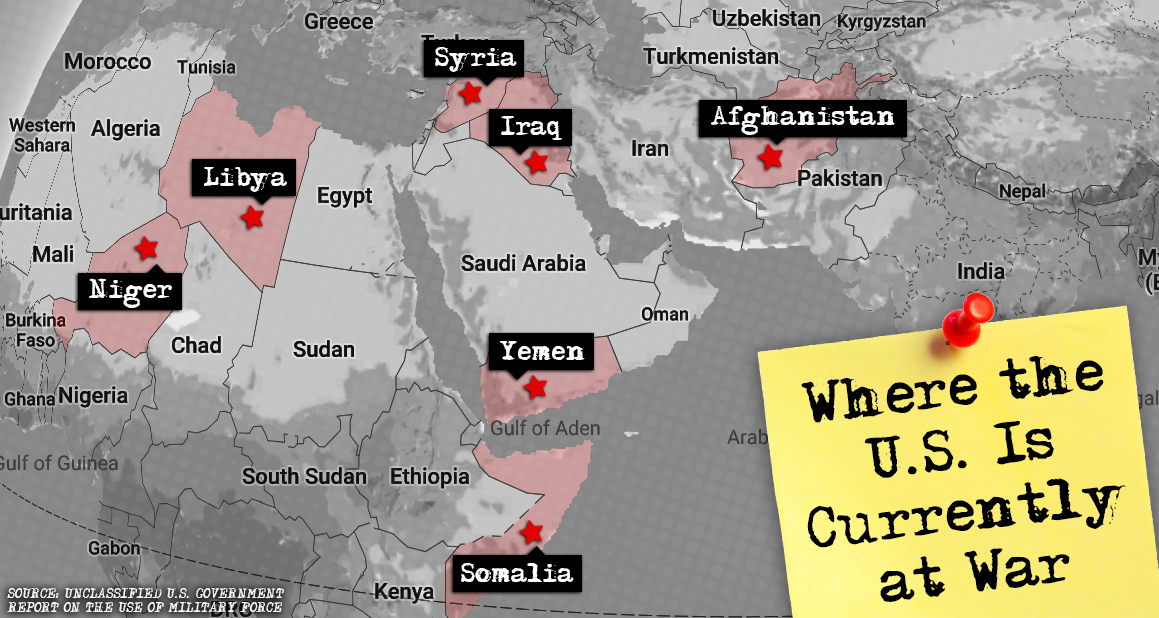 Saddam Hussein and Osama bin Laden are long dead.
The Iraq War officially ended in 2011.
But the Afghanistan War grinds on, 17 years and counting with no resolution in sight.
It was on Oct. 7, 2001, that President George W. Bush — backed by Congress — ordered U.S. troops to invade Afghanistan in retaliation for the 9/11 terrorist attacks on America.

Something else grinds on, too: The staggering costs of war, in Afghanistan and around the globe.
Most obvious is the tragic loss of life, the crippling physical and psychological injuries, and the millions of people forced to flee their homes and homelands. But there is also the huge amount of money used to pay for weapons and armies — not to build schools, roads, and hospitals or to invest in life-saving medical research.

The Costs of War Project at Brown University estimates the price tag for America’s post 9/11 wars and Homeland Security at $5.6 trillion. That estimate includes the cost of these wars (including actions in Pakistan and Syria), interest on borrowing, and funding for care of our war veterans through 2056. And the interest on our borrowing to pay for this wars could raise the total cost to $13.5 trillion by 2056. 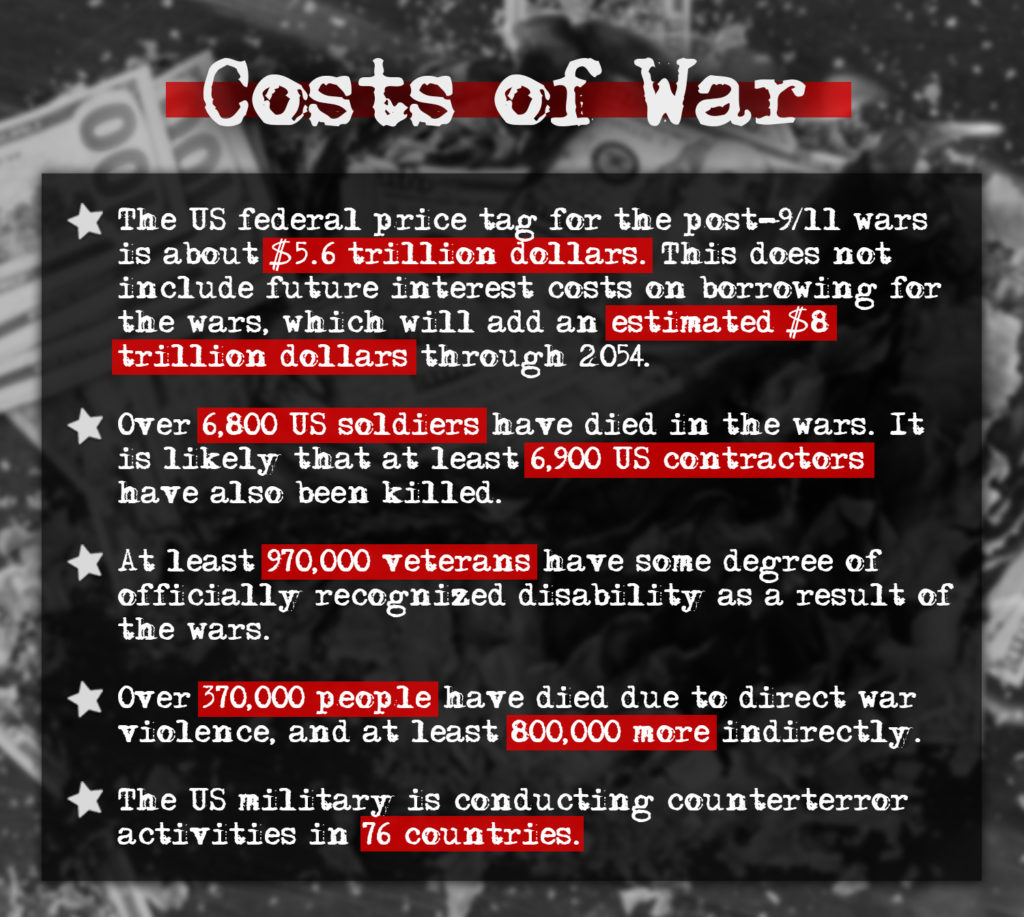 These numbers are seismic.
So, too, is the profound lack of interest by most Americans in the White House’s deployment of troops to battle zones around the world.
You don’t read about war on the front pages of U.S. newspapers anymore. Those stories are buried deep in the paper and on the websites, far away from all but the most prying eyes.
We’ve farmed these life-and-death missions out to our all-volunteer soldiers, sailors, and pilots, and to highly paid military “contractors.”
The elimination of the draft has brought both good and bad. The good is, America’s fighting forces are elite professionals — the best in the world. The bad is, as of 2016 according to data from the Department of Veterans Affairs, only 7 percent of U.S. adults had served in the military.  It was 18 percent in 1980.

Few Have Seen the Horrors of the Battlefield

Military service no longer binds us the way it did following World War II. Only a small fraction of Americans have seen the horrors of war from the perspective of the battle zone. Thus, it’s easier for more Americans to ignore where our troops are sent and the battles that the White House chooses to fight. 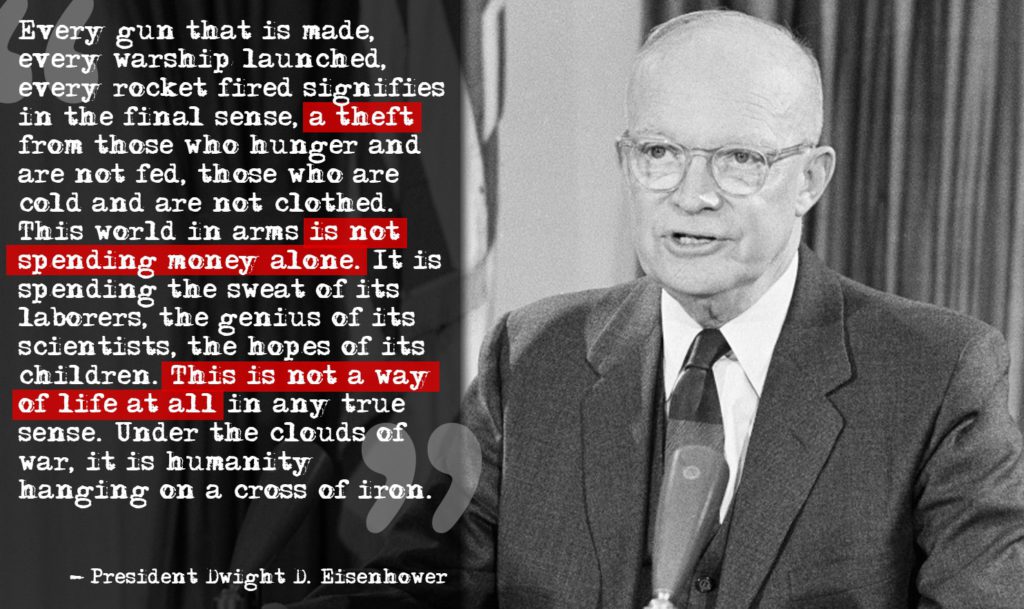 Opinion: Why I Don't Celebrate the Columbus Day Lie