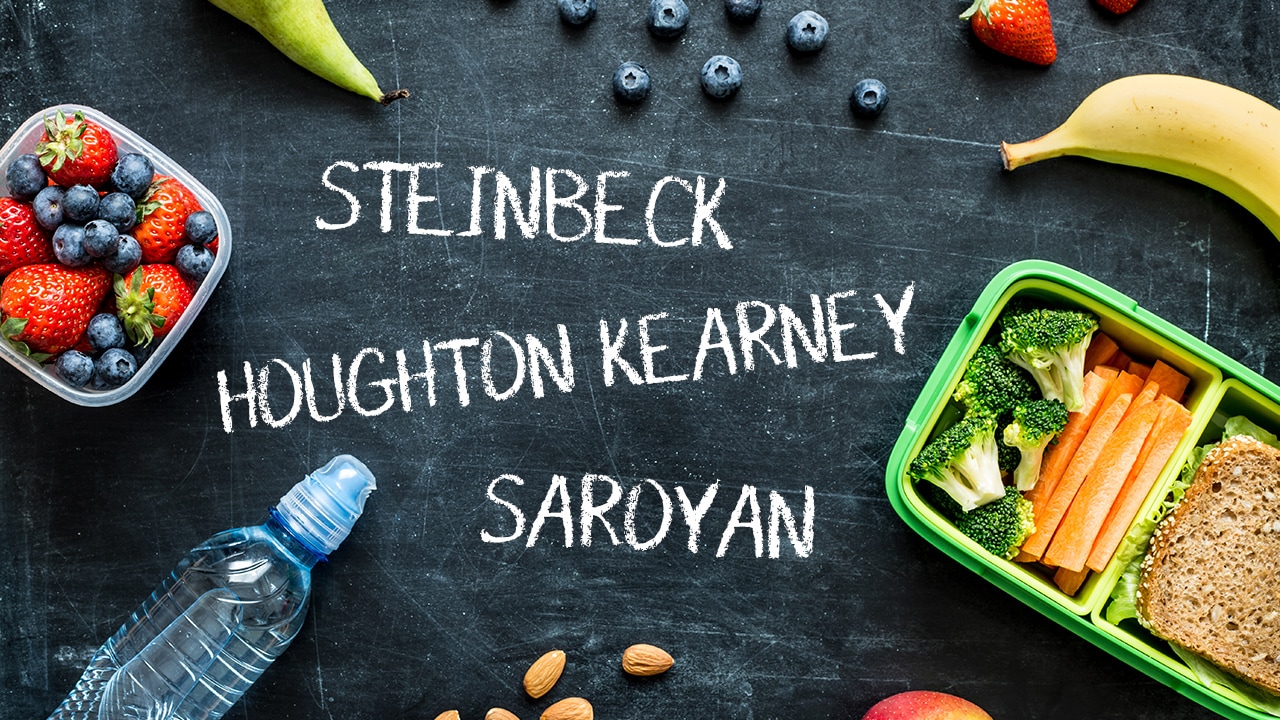 Three of the healthiest schools in America are right here in Fresno — in Central Unified School District to be exact.
Three elementary schools in the district — Houghton Kearney, Steinbeck ,and Saroyan — made the “America’s Healthiest Schools” list released last week.
“We’re very proud of our schools for making healthy living, eating and exercise an important learning component for our students,” said Sonja Dosti, the communications and public relations officer for the district.
The inclusion of the elementary schools on the list is an example of the district looking for opportunities to increase not only access to physical activity, but also to healthy food options, said Marie Sanchez, the community benefit manager for Kaiser Permanente Central Valley in Fresno.
“We are really proud of the great strides that the three schools have made and getting recognized,” Sanchez said. “I think this is just the beginning of a lot of work they will continue to do, and it is a great example of all of the work they have done to really embrace healthy eating and active living and trying to make their school sites a better location for their staff and students.”

One in Three California Youth Overweight

This year, a record 461 schools from 26 states and the District of Columbia were recognized.
Central Unified’s three schools were the only ones from Fresno that made the list, which was developed by the Alliance for a Healthier Generation.
Sanchez said Kaiser has been partnering with the national organization for several years. The partnership, she said, has helped Kaiser provide resources to schools to enable them to work on developing and implementing policies and practices to help find healthier food options and beverages.
“The goal there is really to reduce the drinking of sodas, increase water consumption and physical activity not only during the school day, but also after school,” Sanchez said.


“We’re very proud of our schools for making healthy living, eating and exercise an important learning component for our students.” — Sonja Dosti, communications and public relations officer for Central Unified
The American Heart Association and Clinton Foundation founded Alliance for a Healthier Generation in 2006, which strives to empower kids to develop lifelong, healthy habits.
Achieving such a goal is huge, especially in this day and age where nearly 1 in 3 children in California is overweight.
Dosti said seven Central Unified schools have been recognized in the last several years. She noted that a school can be recognized every two years.

How Central Unified’s Schools Stood Out

The district’s elementary schools earned the distinction by successfully meeting a rigorous set of criteria for serving healthier meals and snacks, getting students moving more, offering high-quality health and physical education, and empowering school leaders to be healthy role models.
All of the schools on the list also received Healthier Generation’s National Healthy Schools Award at the bronze, silver or gold level, based on the standards they achieved.
Both Houghton Kearney and Steinbeck achieved a bronze medal while Saroyan earned a silver medal.
Although all schools in Central Unified have the same breakfast, lunch and supper offerings from the district’s child nutrition department, Dosti said the three schools that were recognized this year went a little further.
The district’s bronze-level schools, Dosti said, have Smart Snacks and more physical activity breaks with an additional focus on employee wellness.
In addition, Dosti said Saroyan does not do birthday celebrations with food, and instead has an activity such as a book or pencil donation.
Dosti noted that Saroyan worked with Kaiser Permanente Fresno to create stencils on the playground with exercise activities and stretches.
Students enrolled in Saroyan’s after-school Robotics club and their coach also secured a nearly $55,000 grant from Kaiser Permanente for 26 Elkay filtered-water stations earlier this year. All of the stations were installed at every one of Central’s 23 school buildings, with the remaining three at the district’s offices.
Dosti said the awarded schools have “brain breaks” using programs like GoNoodle videos, which show students how to do different exercises to get their blood flowing between studying.
To help students and parents make healthier choices on their own, the district has set up a webpage with nutrition and fitness information.

Some of the criteria for becoming one of America’s Healthiest Schools:
— Meet or exceed federal nutrition standards for school meals and snacks
— Offer breakfast daily
— Implement district wellness policies and update progress annually
— Provide students with at least 60 minutes of physical education per week and ensure physical activity throughout the school day.

Rosenstein to Meet Trump Thursday as Job Hangs in Balance