Grizzlies Search for New Parent Team. Scratch the Brewers Off the List. 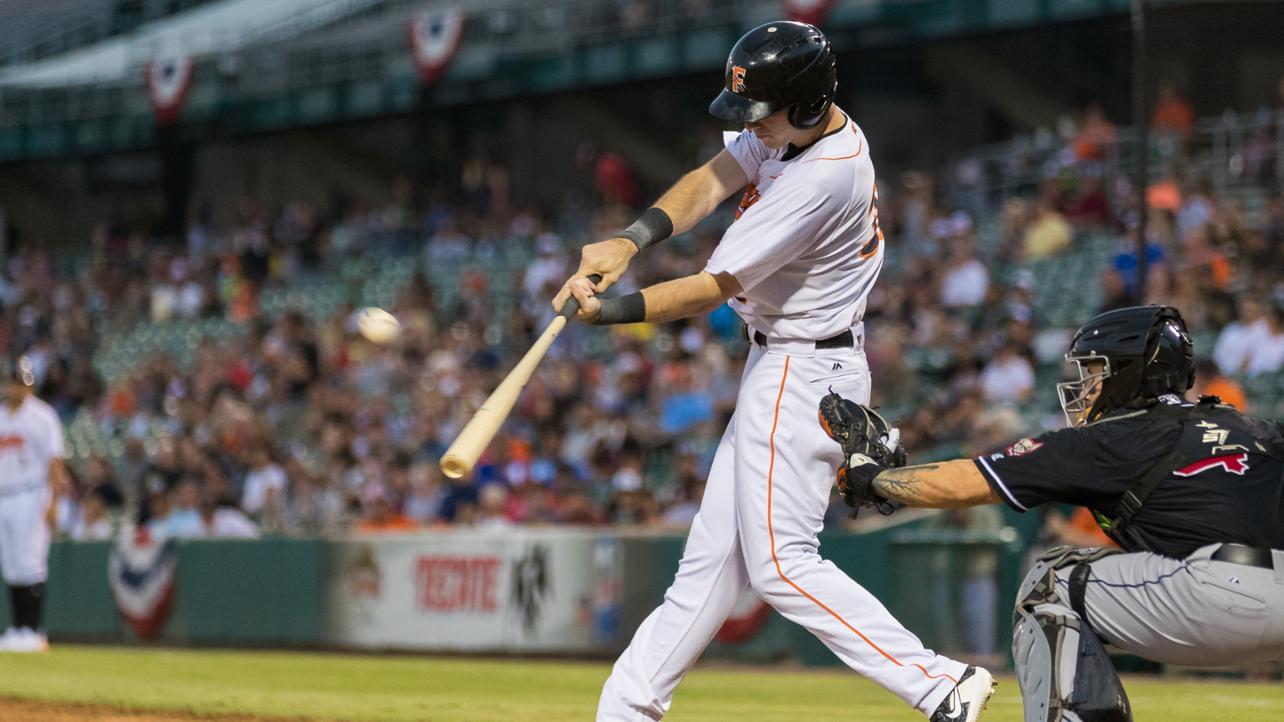 UPDATE: The Milwaukee Brewers announced their new Triple-A affiliate Tuesday morning and it’s San Antonio of the Pacific Coast League.
The deal means that list of Major League teams that the Fresno Grizzlies could hook up is down to two: The Washington Nationals and the Texas Rangers.
The other PCL team in need of a Major League parent is Nashville.

The Fresno Grizzlies season ended Saturday night (Sept. 15). A day later, the team’s four-year relationship with the Houston Astros ended as well.
Memphis defeated Fresno, 5-0, to take the Pacific Coast League title, 3 games to 1.
On Sunday, the Grizzlies made official what most experts speculated for a while: They are seeking a new Major League partner beginning in 2019.
“It was truly a thrill to be welcomed into the Astros family,” Fresno team president Derek Franks said in a statement.  “We respect their decision and understood when we first signed with them it was likely the relationship would last only four seasons.  We are indebted to the Astros for the great quality of teams we’ve had the last four years.  We look forward to similar success with our next MLB affiliate, and can’t wait to begin that new chapter of baseball in Fresno.”
In the first year of the affiliation in 2015, the Grizzlies won the Triple-A championship. They qualified for the playoffs for a second time as an Astros affiliate (and third post-season in franchise history) this season.
“We appreciate the excellent partnership we have had with the Fresno Grizzlies for the past four seasons,” said Reid Ryan, president of the Astros.  “We sincerely thank everyone in the organization and the community of Fresno for their unwavering support for the Houston Astros — they were key partners through our rebuild and World Series Championship season. We look forward to the next chapter and will announce our next MLB affiliate prior to the end of the month.”

This doesn’t mean Triple-A baseball is done at Chukchansi Park. The Grizzlies have no intention of moving, especially after signing a long-term lease last year.
The Grizzlies ownership group, Fresno Sports and Events LLC, is independent of any Major League franchise.
But, yes, this does mean a completely new relationship with a Major League team, as well as a new batch of players. It will be Fresno’s third big league partner in the 20-year history of the franchise. A yet-be-announced club will join San Francisco (1998-2014) and Houston (2015-2018).
The Grizzlies have seen a slide in attendance every year under the Astros regime. During those four seasons, the team ranked in the middle of the PCL’s 16 teams for average attendance.

Source: Pacific Coast League. Note: 2014 was the last year as a Giants affiliate. Not all teams played the same amount of home dates.

Of the 30 Triple-A teams, only five teams (including Fresno) have not announced partnerships for next season.
The New York Mets haven’t announced yet, but since they purchased the Triple-A team in Syracuse, it’s a foregone conclusion the Mets will have their top farm team there.
Houston is likely to partner with Round Rock, mainly because of the Ryan family connection. In addition to serving as the Astros president, Reid Ryan is a partner in the Round Rock ownership group.
Texas, the current parent club in Round Rock, is likely to stay in the Lone Star state. The Colorado Springs franchise moves to San Antonio for 2019.
And the Oakland’s A announced today via Twitter that Las Vegas will become its Triple-A affiliate.

#Athletics come to terms on a player development contract with the Triple-A Las Vegas 51s of the Pacific Coast League through the 2020 season.

That leaves Milwaukee and Washington to pair up with Fresno and Nashville.
There is some speculation that Milwaukee will be Fresno’s new partner. Neither Milwaukee nor the Grizzlies have offered a comment on a possible marriage.

How the Relationship Works

The relationship between minor league and Major League clubs are formulated through a player development contract. The organizations sign two- or four-year agreements. The MLB team supplies the players and coaches and makes all assignments.
The minor league team operates most all other aspects of running a baseball team: the stadium, promotions, and marketing, as well as ticket sales.
Teams aren’t allowed to announce a change of affiliation until after the minor league season, although extending existing partnerships can happen before then.

US Border Agent in Texas Confesses to 4 Killings, Police Say