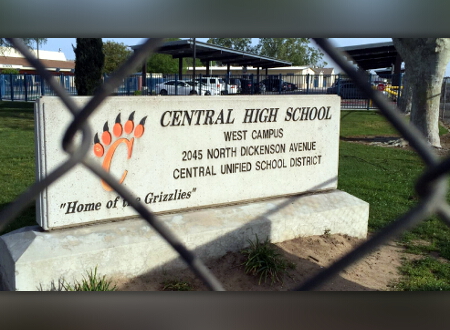 The project’s cost is estimated at $135 million. State new construction funding is expected to cover about $33 million. District funding will cover the rest.
The district also has plans of building two new elementary schools totaling $50 million.

Overcrowding In The District

To find out what district families thought about a new high school, Fairbank’s Los Angeles-based firm conducted an “Opinion on the Future of Central High School” survey.
According to the survey results, which Fairbank presented to the Central Unified Board at its Aug. 28 meeting, nearly half of the 550 respondents indicated that the two Central High campuses are serving more students than they can handle. Ninety percent supported building another high school.
The survey found no clear preference for what should be done with the Central High West campus after the new high school opens.

As Jets Closed in on China Balloon, Hobbyists Were Listening