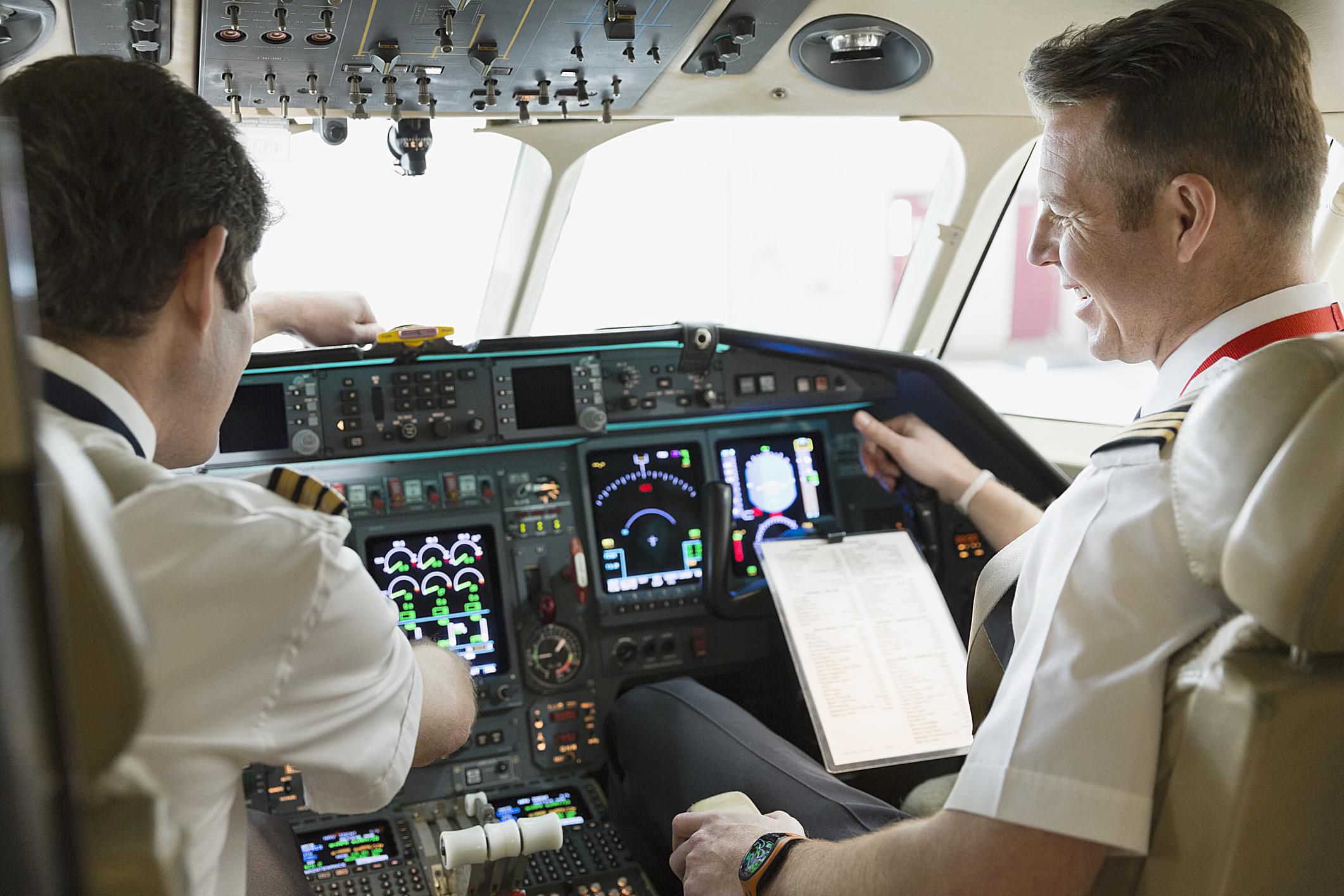 After Lorenzo Rios flew in his friend’s small private airplane to Superior Dairy in Hanford, he knew exactly what he wanted to do for the rest of his life.
Not overindulge in ice cream. Fly airplanes.
“From the first second our wheels got off the ground, I knew instantly that this is what I wanted to do,” Rios said.
Rios started working on his dream of flying airplanes by enrolling in the flight science degree program at Reedley College.

There is definitely a need for this program as there’s a worldwide pilot shortage, said John Johnson, the program coordinator.
“Boeing is predicting that this shortage of commercial pilots is not just a one-time thing for a year or two, but actually predicting a pilot shortage for more than 20 years,” Johnson said.
One reason for the shortage, Johnson said, is the rising cost of flight school, which he said prevents potential students from enrolling.


“Boeing is predicting that this shortage of commercial pilots is not just a one-time thing for a year or two, but actually predicting a pilot shortage for more than 20 years.” — John Johnson, program coordinator for Reedley College’s flight science program
“It is three times as expensive as it was when I learned to fly in the late ’70s,” Johnson said.
The cost of Reedley’s program for students is $65,000 each. And, if a student weighs more than 220 pounds, that can add another $7,000 to $8,000.
The reason for the higher price tag is that the two-seater Piper PA-38 Tomahawk, one of two training planes, only fits students weighing less than 220 pounds.

A historic day! This was the first day of flight lessons in Reedley College’s Flight Science program. Freshman Jhonathan Flores and his flight instructor Emilio Rosales of JB Aeronautics took off from @FresnoAirport this afternoon. What a moment! Congrats, Jhonathan! #GoTigers pic.twitter.com/e4igMDo3qQ

The program’s other plane, a four-seat Piper PA-28 Warrior, can hold students weighing more than 220 pounds, but less than 250 pounds. Because it is a bigger plane and burns more fuel, the costs are higher.
“Right now, Reedley College doesn’t have any airplane that can handle a student that weighs more than 250 pounds,” Johnson said.

But there are ways around the big expense. Students have the option to utilize Federal Financial Aid or Veterans Affairs (VA) benefits. Johnson said that Reedley is the only community college in the state allowing students to use this assistance for a flight science program.
“Without those two things, we literally wouldn’t have enough students to have a program,” Johnson said. “If students had to come up with all of that money on their own, hardly anybody would show up.”
Johnson said that students take lecture and flight simulator courses at Reedley College, and flying courses at Fresno Yosemite International Airport.

Behind The Wheel of An Airplane

Rios said his first time behind the wheel in the course was surreal.
“The coolest thing is really just being able to do the amount of flying in an actual aircraft that we are doing,” Rios said.

Graduating students finish with a flight instructor’s certificate and around 250 hours of flying time.

What Happens After Graduation?

Johnson anticipates that the next enrollment period will begin in August 2019: “It is in the best interest of students to plan ahead and start applying now.”
Johnson also advises prospective students to visit the school’s website for additional information.


“Generally speaking, less than four years after the day you start at Reedley College, a student will have the opportunity to be a co-pilot at a regional airline in the United States.” — John Johnson
“It is much, much easier if you work at it several months ahead of time, in particular, the federal financial aid,” Johnson said. “You want to apply for that seven or eight months in advance.”
Related Topics:financial aidFlight Science Degree ProgramFresno Yosemite International AirportPilot ShortagesPiper PA-38 TomahawkReedley College
Up Next