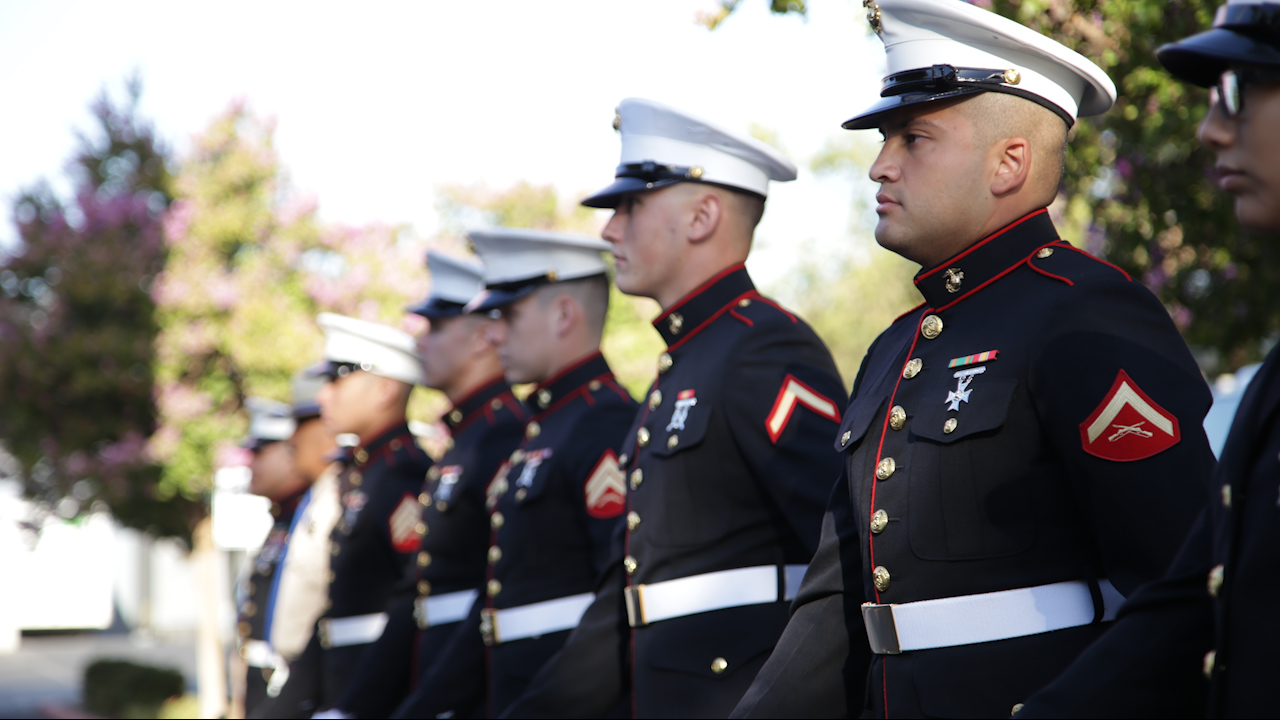 Before Bryan Burton’s daughter goes off to college Thursday, he wanted to make sure she knew about 9/11 and the impact it has on America today.
“She was about 1 when the event occurred in 2001, and so I thought it was important for her to come and attend,” Burton said. “It is pretty significant, and a lot of young people have no real frame of reference for what September 11th meant for a lot of people in the United States on that day, during that time.”

Burton was among the hundreds of people who gathered Tuesday morning for the 17th annual 9/11 ceremony at the California Memorial in Clovis. Pelco by Schneider Electric, a security and surveillance technologies company, put on the event.
Military personnel joined with law enforcement, political figures and families to remember not only those who lost their lives in the tragic events but also to recognize the heroic efforts of those who put their lives on the line to save others. 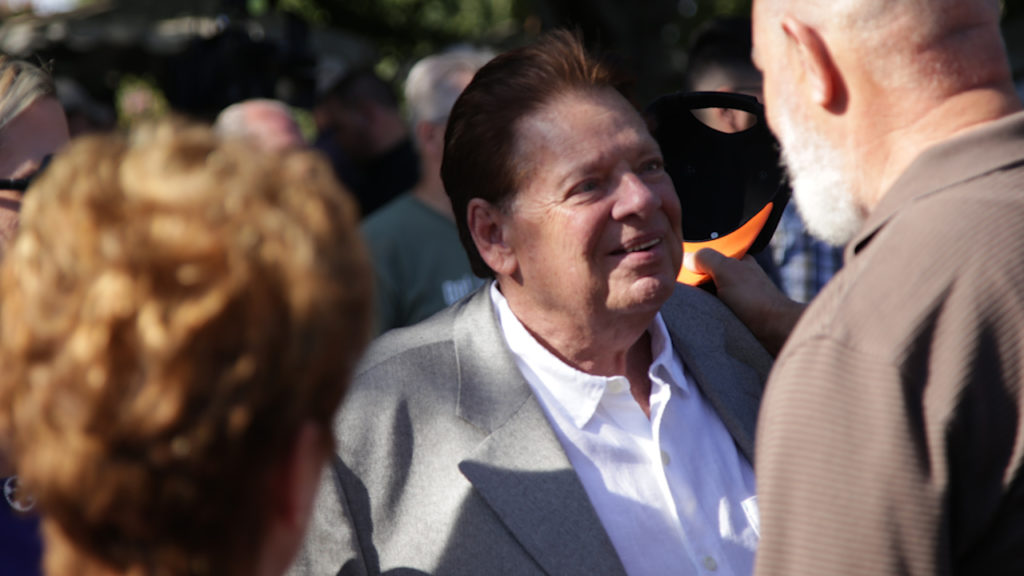 At 8:46 a.m., the exact time the first plane hit the first tower of the World Trade Center, actual radio dispatch calls from the 9/11 tragedy were played.
Sirens and the lowering of the U.S. flag followed.


“We all need to do something to honor all of those who were lost that day and this is what we came up with to help them.” — David McDonald, former Pelco CEO
The event also included the singing of the National Anthem, a flag presentation, a 21-gun salute by the U.S. Marine Corps, the playing of “Taps” and “Amazing Grace” and a pipe-and-drum detail.
A fire bell went off three times, a fire-service tradition that honors those who gave their lives in duty. The sound also signals the end of an emergency.

Andy Isolano, a former New York City firefighter, spoke about his 9/11 experience and presented the U.S. flag flown on the mission by the U.S. Air Force to David McDonald.
McDonald, the former Pelco CEO, created the Clovis California Memorial.
“We all need to do something to honor all of those who were lost that day and this is what we came up with to help them,” said McDonald of the reason he founded the annual event 17 years ago. 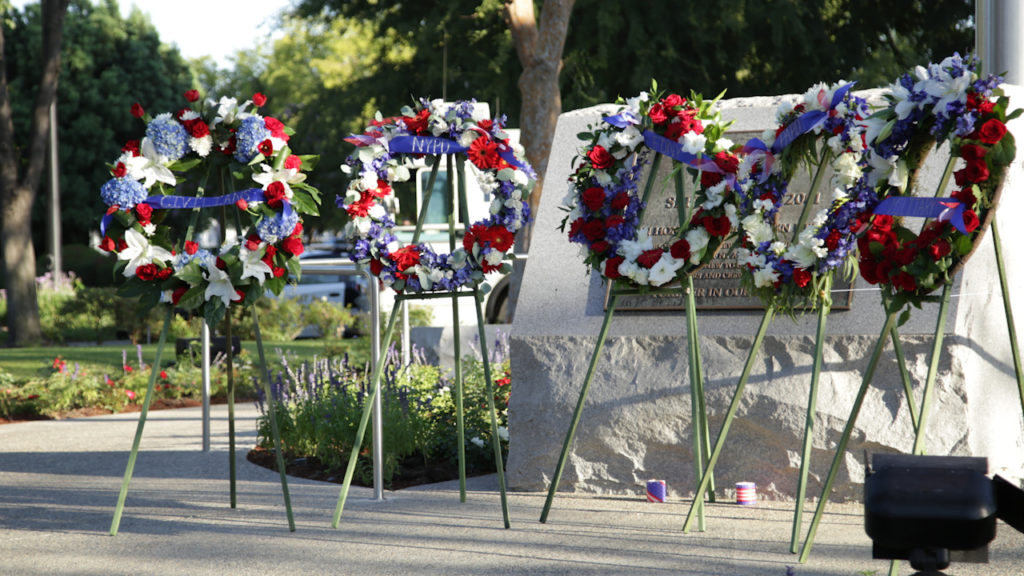 One thing Isolano hopes people took away from his message is to never give up in life.
“I hope they can see that if I can go through what I went through and still keep going and be positive about things that maybe the things in their lives that aren’t so great might not seem as bad,” Isolano said.
How the memorial ceremony keeps alive what happened on 9/11 is what Steven Patton appreciates most.
“The big motto with 9/11 is we can’t forget about it, we’ve got to keep it fresh on our minds, and this event is one way of doing that,” Patton said.

The Sept. 11 attacks were a series of four coordinated terrorist attacks by the Islamic terrorist group al-Qaeda against the United States on the morning of Tuesday, Sept. 11, 2001.


“The big motto with 9/11 is we can’t forget about it, we’ve got to keep it fresh on our minds, and this event is one way of doing that.” — Steven Patton, Fresno resident
The attacks killed 2,996 people, injured over 6,000 others, and caused at least $10 billion in infrastructure and property damage. More people died of 9/11-related cancer and respiratory diseases in the months and years following the attacks.
Within an hour and 42 minutes, both 110-story towers collapsed.

Elizabeth Smart Kidnapper to Be Released From Prison