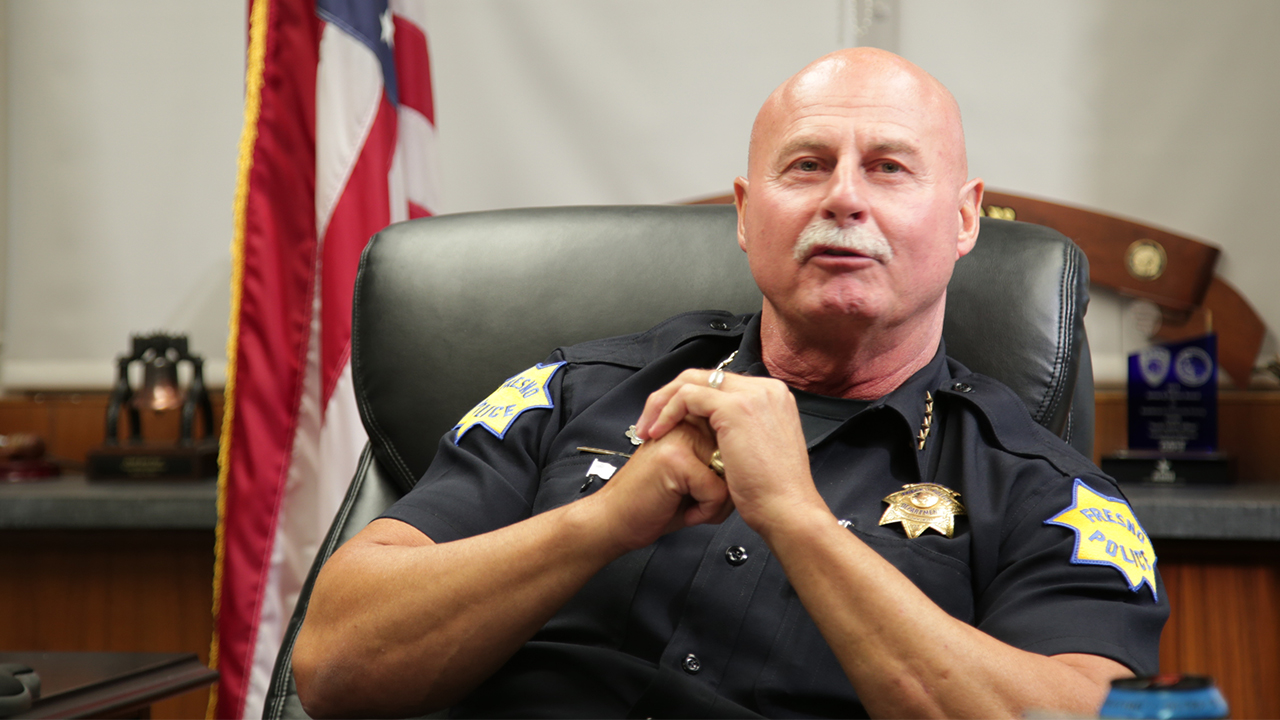 
“I know that within the next year someone will be selected. They’ll be my replacement. I will move on and I’ll have a life after Fresno PD.” — Fresno Police Chief Jerry Dyer
In addition, Dyer announced his retirement in 2011 but never left the job. And these days, big city police chiefs, like other high-profile CEOs, often work well into their sixties.
But the 60-year-old Dyer says, “I would venture to say that (my retirement) will be within the next year.”
(Click on the video above to watch the interview.)

Here’s a transcript of what Dyer, who has been police chief since Aug. 1, 2001, says about the year ahead.
Question: You’re supposed to retire Oct. 16, 2019. There are some people that say Jerry Dyer will come up with something. He’ll never leave. He’s trying to engineer a consultant gig or something so that he stays chief. Tell us about that date and tell us about plans for the department when you leave. Or should I say if and when you leave?
Dyer: Obviously, the future has weighed heavily on me in terms of when I actually leave this department. This is been my life. I’ve spent two-thirds of my life in the Fresno Police Department. And I’ve spent the last 17 years here as the police chief. And I’m very proud of that time that I’ve spent here. But I will tell you that there has to be an end and I know that. And I know that there’s never a good time to leave. But there is a right time. And I don’t know what that date will be. Much of that is going to depend on who replaces me and how that process works. But I would venture to say that it will be within the next year.
Question: So, there could be a bridge time while the search process goes on?
Dyer: I’ve had discussions with the city manager (Wilma Quan-Schecter)  and the mayor (Lee Brand) about what my plans are and what my availability might be to stick around for a period of time during a transition. I have told them that I would make myself available for a limited period of time. I do not want to be that person who appears to not want to let go, although there will be some separation anxiety. I know that. This is my life. … But I think I’m getting closer and closer to accepting that fact. And I know that within the next year someone will be selected. They’ll be my replacement. I will move on and I’ll have a life after Fresno PD.