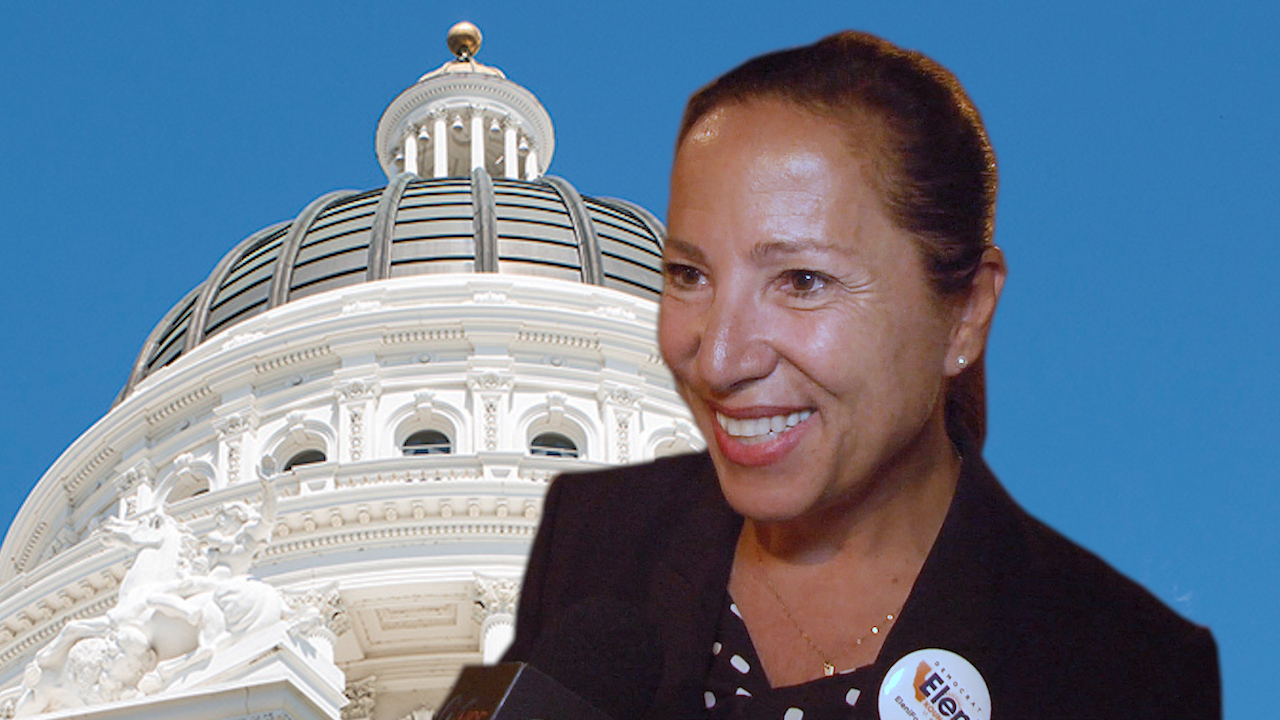 Eleni Kounalakis is used to having people botch her name. That is alright with her, as long as she gets votes.
The former U.S. ambassador to Hungary is running for lieutenant governor. While the position’s main job is to serve as governor in case of a vacancy or absence, the role has real duties, like sitting on the boards of the UC and CSU systems.
It is there that Kounalakis says she will better represent the Central Valley as a member of both boards. Although now living on the coast, she once lived in Sacramento.
Kounalakis stopped in Fresno recently for a fundraiser hosted by the Fresno County Young Democrats and Fresno city council president Esmeralda Soria. GV Wire interviewed her for our “Take 5” series.

In this Take 5 segment, Kounalakis talks about:
— Addressing Central Valley water needs.
— Her views on Proposition 6 (repeal of gas tax hike).
— California wildfires and climate change.
— Solutions to the state’s affordable housing crisis.
— Valley representation on the CSU and UC boards.
Kounalakis (for the record, it is pronounced eh-LEN-ee koo-nah-LAH-kiss) is running against fellow Democrat, Sen. Ed Hernandez, for the lieutenant governor seat.

City Official Is No Fan of Nunes Pension Reform Bill