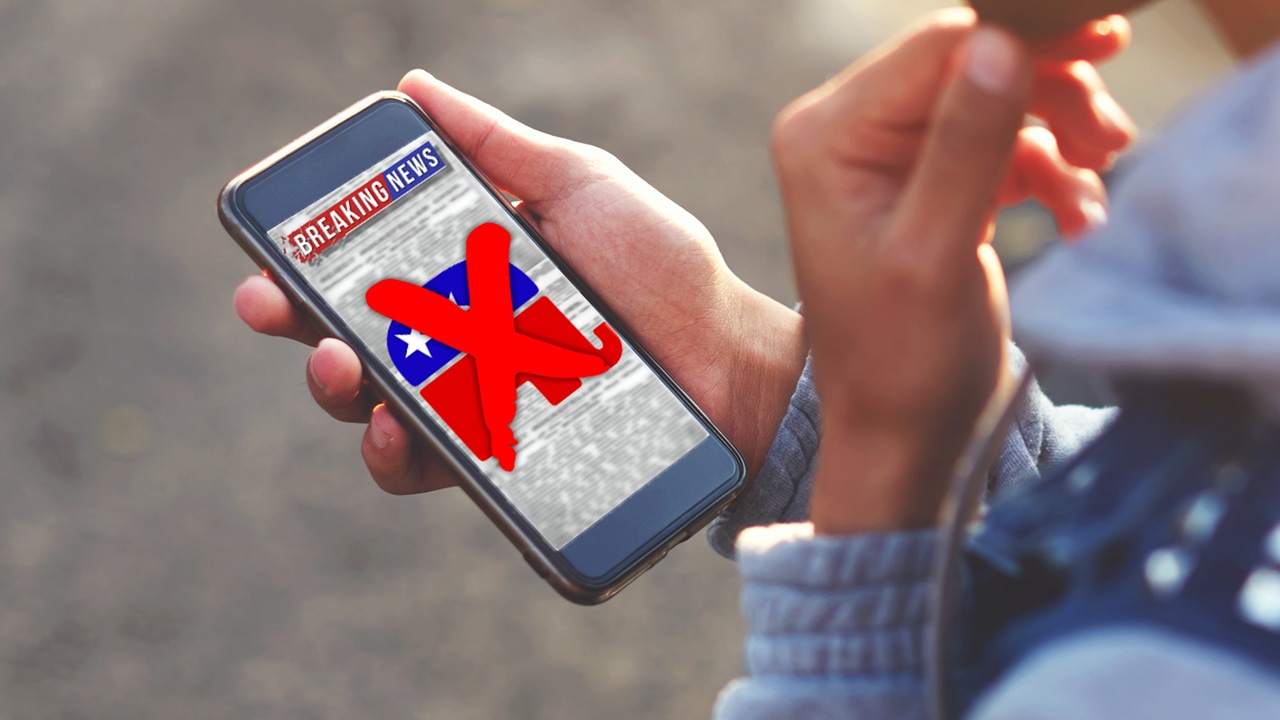 Millions of Americans use social media to get their news, and that number is growing rapidly by the year. But when they log on, they don’t always get the full story.
Powerful social media companies are filtering the information that users receive on their platforms. As a result, the picture we get of politics is partial and distorted, like a carnival mirror.

Last month, Vice reported that Twitter was limiting the visibility of conservative accounts.
Some tweets from these accounts did not appear in searches, and the accounts themselves were made more difficult to find through the search feature. This “shadow ban” made it harder for users to get information about certain public officials — or even to learn that their presence existed.

Twitter’s subtle censorship targeted conservatives, and seemingly only conservatives.
Prominent officials like Republican National Committee Chairwoman Ronna McDaniel and Congressman Devin Nunes were affected, along with countless ordinary citizens. Yet Twitter can’t point to a single prominent Democrat who was affected by this so-called glitch. Vice found that “not a single member” of the 78-person Progressive Caucus, the most liberal faction in the House of Representatives, was targeted by shadow banning.

It’s impossible to ignore the fact that only one party is being slammed by censorship, over and over again. Twitter singling out conservatives like @ElizabethHeng is appalling. #StopTheBias https://t.co/1GqLCvkq0i

Just before California’s primary elections this summer, Google search results listed the ideology of the California Republican Party as “Nazism.”
During the 2016 election, Facebook “routinely suppressed” conservative stories on its trending news section.
Whether or not bias against conservatives is intentional, it does real damage to our public discourse and to the reputation of social media platforms in the eyes of their users. It is impossible to ignore the fact that only one party is being slammed by this censorship, over and over again. Far from promoting “healthy conversations,” this reality breeds resentment and distrust over time.
I am from California, which is home to Silicon Valley and its many impressive startups. I want these companies to succeed because their inventions have the potential to make life better for us all.
But censorship needs to be addressed if social media companies are going to live up to their promise of making us better informed and better connected.


Just before California’s primary elections this summer, Google search results listed the ideology of the California Republican Party as “Nazism.”
If social media companies are committed to a healthy conversation, they should establish clear and transparent standards for penalties against their users. And they should disclose more details about their algorithms so users can see whether they are living up to their promises.
Congress has a role to play to ensure Americans have full confidence in increasingly powerful social media platforms.

Tech Companies Should Talk to Congress

Earlier this year, the House Energy and Commerce Committee held a hearing with Facebook’s Mark Zuckerberg to find out about Facebook’s data and censorship practices. Recent developments show that more is needed to restore trust in social media platforms.
That is why I have asked Chairman Greg Walden of the Energy and Commerce Committee to hold hearings with social media companies, including Jack Dorsey of Twitter, so that the American people can discover how the information they receive is being filtered and distorted.
I encourage leaders of other tech companies to accept Walden’s standing invitation to appear before his committee.
The American people are responsible for deciding the direction of our great country. In order to carry out this responsibility, we need to have important conversations about issues that affect us all — conversations about how to secure our borders, strengthen our military, and ensure that everyone benefits from the booming economy.
Social media censorship threatens our ability to have these conversations. When only one side is doing the talking, you don’t call it a dialogue. You call it a lecture.
About the Writer
Rep. Kevin McCarthy of Bakersfield is the House majority leader. He wrote this for InsideSources.com.

Your Chance to Honor Rhodes, Who Still is Elevating Fresno