What's Your Favorite Aretha Song? A Look at Her Chart Busters. 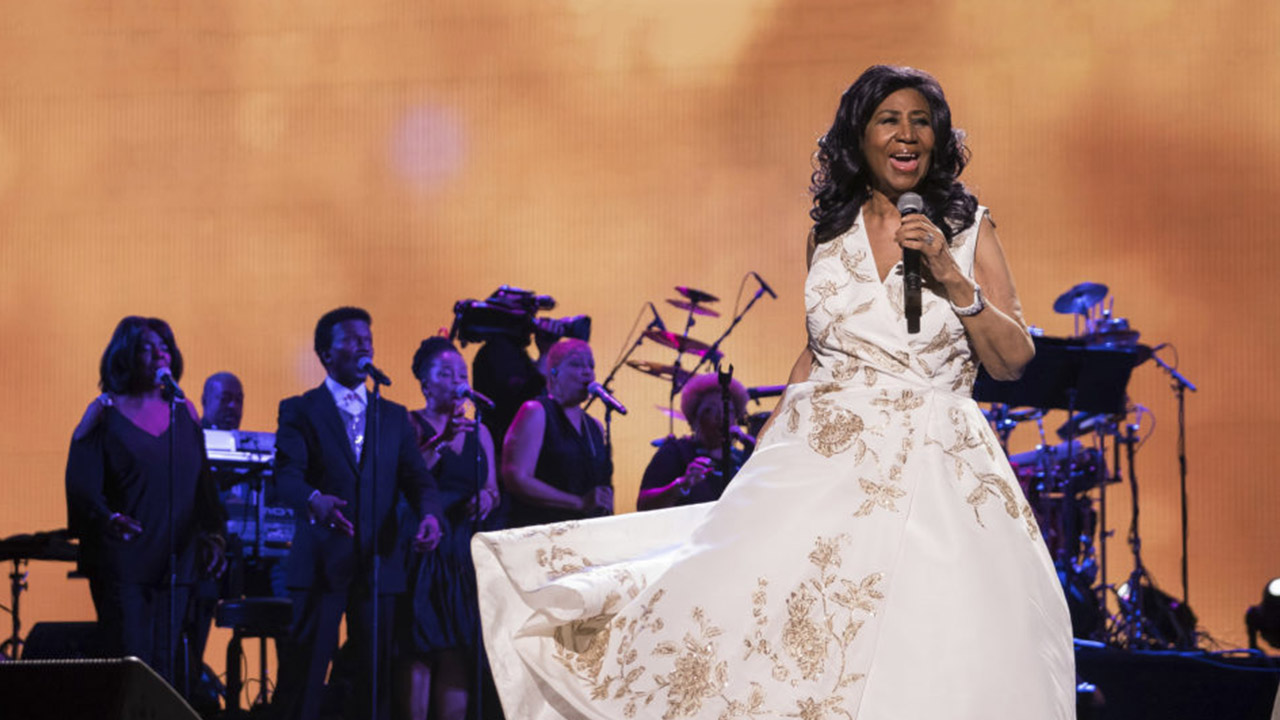 UPDATE: Publicist Gwendolyn Quinn tells The Associated Press through a family statement that Franklin died Thursday, Aug. 16, at 9:50 a.m. at her home in Detroit. The statement said “Franklin’s official cause of death was due to advanced pancreatic cancer of the neuroendocrine type, which was confirmed by Franklin’s oncologist, Dr. Philip Phillips of Karmanos Cancer Institute” in Detroit.
People are praying for Aretha Franklin in the Detroit church where her father was once a pastor. 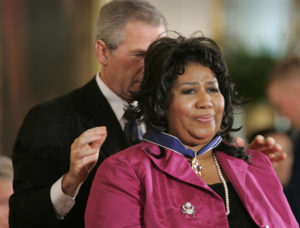 The special vigil at New Bethel Baptist Church began before dawn Wednesday.
The prayers come one day after Stevie Wonder visited the ailing Queen of Soul at her home. Her ex-husband, actor Glynn Turman, also visited Franklin, who is seriously ill.
We hope that the Queen of Soul survives this challenge and sings again.
Franklin, the greatest female soul singer of all, was just 18 years old when she debuted on Billboard’s Hot 100 with “Won’t Be Long.” She has hit the charts 72 more times in her illustrious career.
Franklin has won 18 Grammy Awards. She was the first woman inducted into the Rock and Roll Hall of Fame (1987) and received the Presidential Medal of Freedom for her humanitarian work (2005).
In 2015, Franklin appeared at the Kennedy Center Honors in Washington D.C. where she paid tribute to Carole King, who helped co-write the song she performed “(You Make Me Feel Like) A Natural Woman.” President Barack Obama was visibly moved by Franklin’s performance, as is clear from the video below.
You can listen to 40 of her top singles at this link. What’s your favorite? 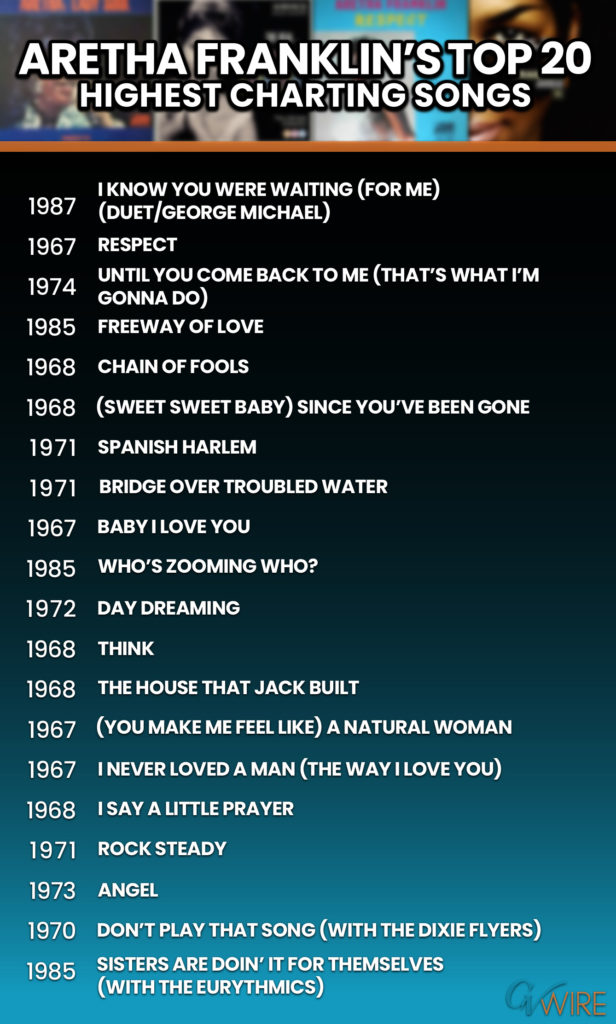