Why Are There So Many Samoans in the NFL? 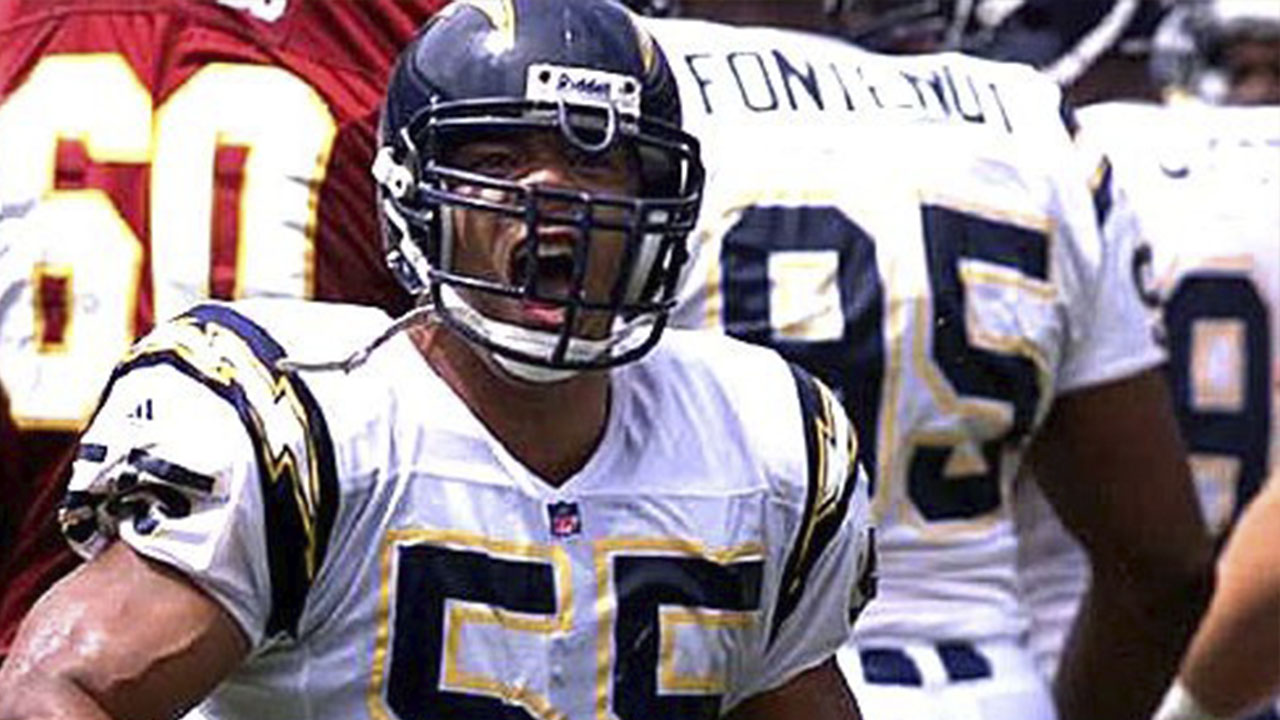 Long before Oahu’s North Shore became a global hot spot for football, it was a pu`uhonua, a refuge under the protection of priests. Fugitives and villagers escaping the carnage of island warfare, or punishment for violating the traditional code of conduct, found sanctuary there — as long as they abided by the priests’ rules.
But Captain James Cook’s arrival in Hawaii in 1778 shattered the islands’ epidemiological seclusion and triggered widespread death, including Cook’s. And these priestly havens crumbled after Kamehameha I occupied the island in the 1790s and eliminated them.

In the 20th century, Samoans, native Hawaiians, and Tongans gravitated to the area to seek a different sort of refuge. They soon found direction from a new priestly caste — a cosmopolitan group of football coaches who crafted a micro-culture of football excellence at and around Kahuku High School.
Over the decades, Kahuku has developed hundreds of collegiate and pro players, including winners of several Super Bowl rings. Just since 1999, Kahuku has played in 12 of Hawaii’s 19 state championship games, winning eight times.
Along the way, football became the North Shore’s civic cement.

It Begins With a Sugar Plantation and a Mormon Temple

This is a sports story that began with a sugar plantation and a Mormon temple. As the Kahuku Sugar Plantation fired up its boilers in 1890 and The Church of Jesus Christ of Latter-day Saints (LDS) built a temple in nearby La`ie in 1919, the area attracted an array of proletarian wayfarers, including Samoans, Tongans, and Mormons from Utah’s Great Basin. Driven by different agendas, plantation managers, and Mormon elders saw sport as a way to shape those they recruited to work and worship. These newcomers to the North Shore and their descendants embraced sport and built an ethos of their own.


Today Samoans constitute the most disproportionately overrepresented ethnic group in the NFL.
Today Samoans constitute the most disproportionately overrepresented ethnic group in the NFL. This trend dates to the Samoans who began playing football on the North Shore before World War II, decades before their brethren in American Samoa adopted the game. Many were Mormons who came when the LDS decided to consolidate its La`ie beachhead with the new temple. Thirty-five miles north of Honolulu, the once aboriginal fishing village of La`ie sits between Hau`ula and Kahuku School.
Hundreds of Samoan converts came to build the temple, making La`ie a close approximation of a Samoan village. They adapted on their own terms in a church-owned, plantation town, retaining a culture of fa`a Samoa — in the way of Samoa. The temple, the first dedicated outside the continental United States, became a gathering place for the faith’s South Pacific converts. One can hardly overstate its importance — a temple is the only place where the ordinances required for salvation can be conducted and redemption sought for family members who died before completing the sacraments.
The North Shore’s Samoan community expanded after the U.S. Navy closed its base in American Samoa in 1951, sending another wave of migrants to refuge in La`ie. Youth from the town of La`ie came together at Kahuku High with their counterparts from Hau`ula, Kahuku, and the more northern shorelines where the Banzai Pipeline attracts some of the most intrepid surfers in the world. 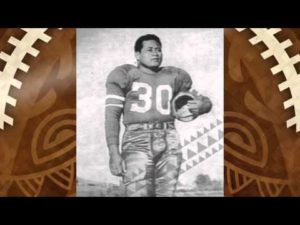 Alopati “Al” Lolotai debuted with the Washington Redskins in 1945, becoming, with little fanfare, the first Samoan in the NFL.

Football quickly became entrenched at Kahuku High. During the 1940s, coaches Mits Fujishige, a Japanese American, and Art Stranske, a Canadian expat, led the school to its first titles. And, in 1945, Alopati “Al” Lolotai, born in Samoa and bred in La`ie, debuted with the Washington Redskins in 1945, becoming, with little fanfare, the first Samoan in the NFL.
The Polynesian wave that would reconfigure collegiate and pro ball was still decades away. But back on the North Shore, Kahuku’s teams were becoming more and more successful. In 1956, Kahuku won a state title under coach Harold Silva, a Portuguese American, who infused the program with a tough, principled athletic code and showed the community that its boys could compete with anybody in Hawai`i.
With the sons and grandsons of earlier Samoan immigrants at its core, Kahuku became the first mostly Samoan squad anywhere in the world. As the sugar industry declined along the northern coast, football gave generations of boys a way to find their place in the world.
A few years after Silva retired, native son Famika Anae returned and became the first Samoan head coach at any level of the game. Famika was the son of a Mormon from Western Samoa who had answered the call to build the temple. Both Famika and his half-brother — that Samoan NFL pioneer Al Lolotai — were the products of La`ie’s tough blend of religion, fa`a Samoa culture, and football discipline. 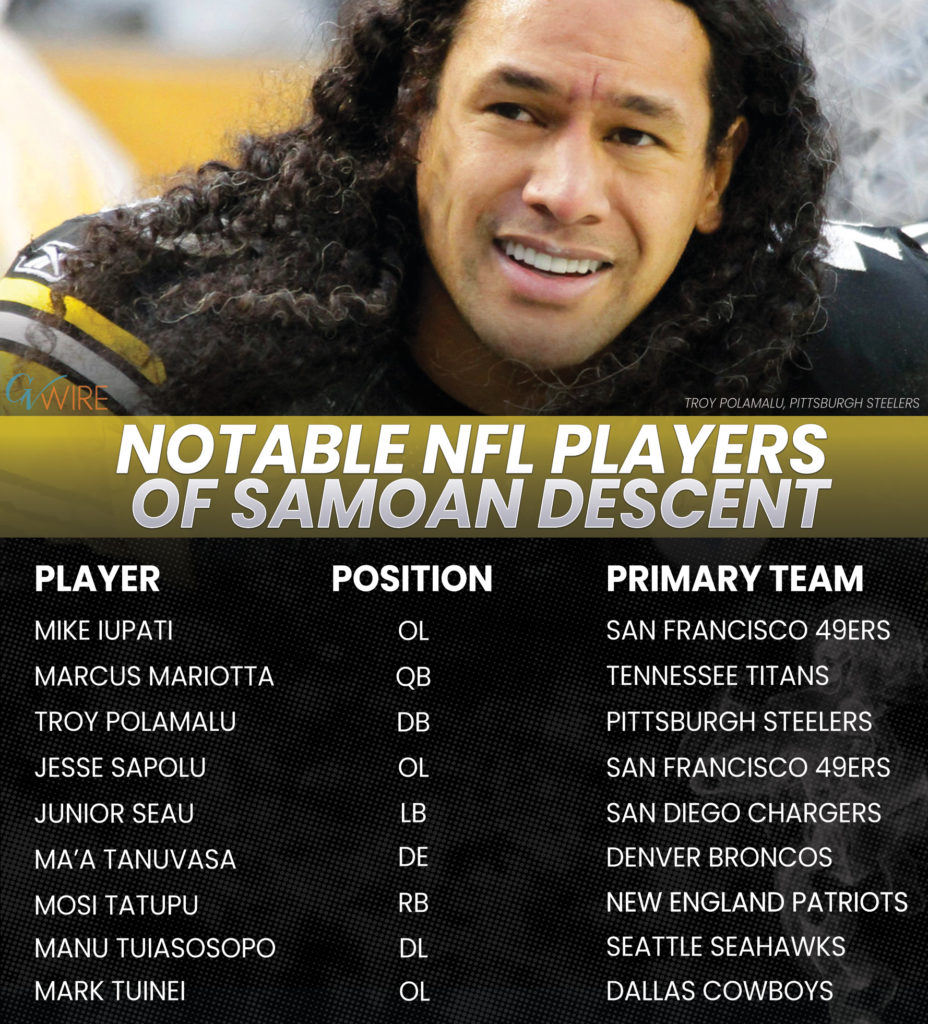 Initial Skepticism of the Game

Famika’s father was initially skeptical of the game’s value. “Can you eat the football?” he asked. Famika eventually would have an answer when the game took him to Brigham Young University, where he played on an athletic scholarship. Famika returned to Kahuku in 1966, believing that excelling at the game was a way for local boys to go to college.
Famika, who led Kahuku until 1972, won two titles and brought Samoan players to the fore. During the summer, he conducted clinics in American Samoa with Lolotai. Famika appreciated how growing up in Samoa readied boys for football. “A Samoan boy starts hard physical labor even before he reaches school age,” Famika explained. “He must climb a coconut tree 100 feet tall, barefoot and carrying a machete, tear the coconuts loose and even cut away the fronds. … By the time a boy is ready for high school football, his muscles often are as defined as those of a weightlifter.”
For training and bonding, Famika took his Kahuku players to a nearby island, Lanai, which the Dole Company ran as a plantation. They picked pineapples for six weeks each summer and returned with money in their pockets, in shape to play. He knew how much that money meant to boys whose families lived so humbly.

In the 1990s, Kahuku often reached the championship but repeatedly lost to Honolulu’s Saint Louis School. To be crowned king of Hawaiian football, the school had to dethrone Saint Louis and its legendary coach Cal Lee, which had dominated state football for two decades.
In 2000, Kahuku was coached by Sivaki Livai, who had played for the school after migrating from Tonga. Thousands traveled to Honolulu for Kahuku’s championship game with Saint Louis. After Kahuku delivered a historic victory, a caravan of buses, cars, and pick-ups snaked its way northward past cheering crowds gathered along the black-topped road. The buses stopped in each town so that players could perform a siva tau. Arriving home after midnight, they were greeted by supporters basking in a sense of fulfillment.