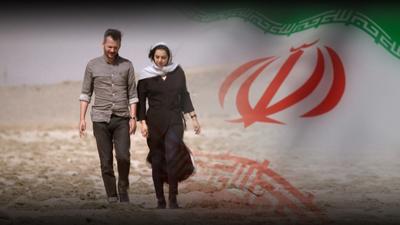 What is life like in Iran?
New York Times correspondent Thomas Erdbrink teams up with Frontline to answer that question in a two-part documentary airing tonight and Tuesday (Aug. 14) on ValleyPBS and PBS stations throughout the country.
In “Our Man in Tehran,” Erdbrink illuminates Iranian people who are often marching to a different drum than their conservative Muslim clerics and leaders.
As PBS describes it, “The series offers surprising encounters inside the closed society of Iran, as Erdbrink gets Iranians to reveal the intricacies of their private worlds and the challenges of living under theocratic leaders.”
(Click on the video above to preview the documentary.)

Erdbrink in Iran Since 2002

Erdbrink, a Dutch journalist, has been stationed in Iran since 2002 and is one of the few reporters there from a western country.
He is married to Iranian photographer and journalist Newsha Tavakolian.
“Our Man in Tehran” airs both nights beginning at 9 p.m.
Click on this link to listen to an NPR interview with Erdbrink.