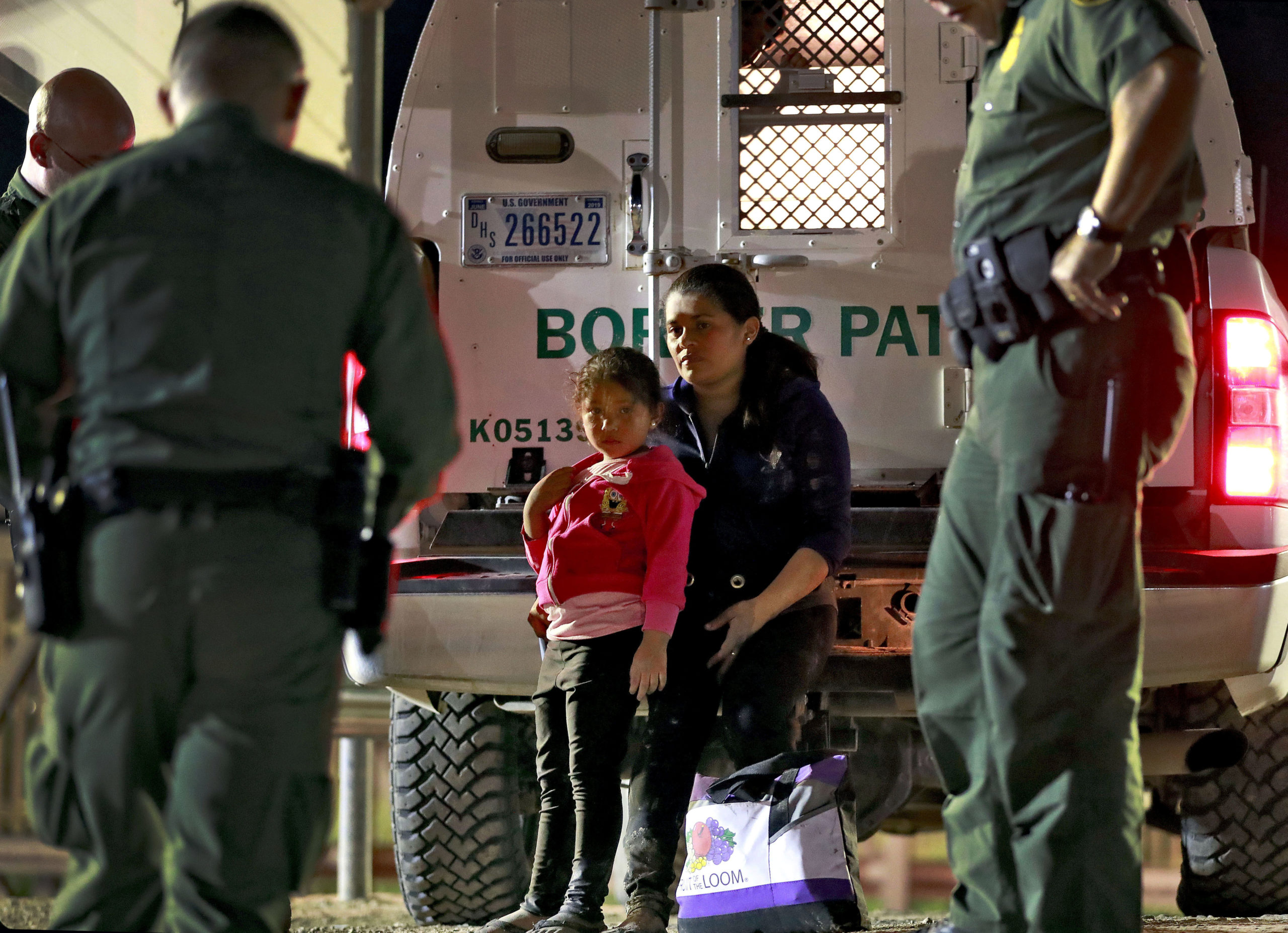 Here in the Valley, Republican congressional incumbents such as Jeff Denham of Turlock and David Valadao of Hanford are pushing hard for immigration reform.
Elsewhere in America, some GOP House candidates are embracing President Donald Trump’s fiery rhetoric about building a border wall between the U.S. and Mexico and voting to drastically cut legal immigration.

Democrats are the problem. They don’t care about crime and want illegal immigrants, no matter how bad they may be, to pour into and infest our Country, like MS-13. They can’t win on their terrible policies, so they view them as potential voters!

But a poll released this summer by Gallup indicates that a record-high 75 percent of Americans say immigration is good. In addition, 65 percent of Republicans and people who lean Republican agree. Only 19% of Americans, the pollster said, consider immigration harmful to the country.
Republican pollster Frank Luntz told the Associated Press that Trump energizes the Republican base, but his broadsides and distractions also alienate swing voters who tip battleground House districts.
“This is political malpractice,” Luntz said. “You can’t find me a time in modern times when the economy was this strong and the governing party was headed toward a potential political disaster like this.”
And while Trump won the presidency campaigning against illegal immigration, his administration has “granted fewer visas, approved fewer refugees, ordered the removal of hundreds of thousands of legal residents whose home countries have been hit by war and natural disasters and pushed Congress to pass laws to dramatically cut the entire legal immigration system,” reports USA Today’s Alan Gomez. 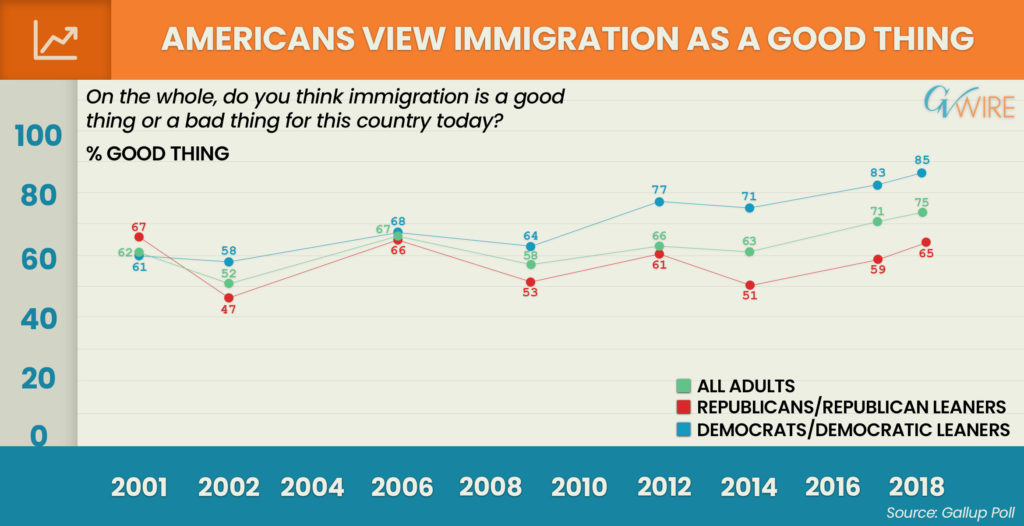 Gallup notes that Americans have long supported immigration.
“Republican legislators are facing a public that is largely supportive of immigration into the U.S., in general. In all but one year since Gallup started asking this question in 2001, majorities of Americans across party lines have viewed immigration as positive for the U.S,” the poll said.
The exception was in 2002 when Gallup asked the immigration question about nine months following the 9/11 terrorist attacks. Although 52 percent of Americans then backed immigration, slightly less than half of Republicans and Republican leaners said that they supported it.