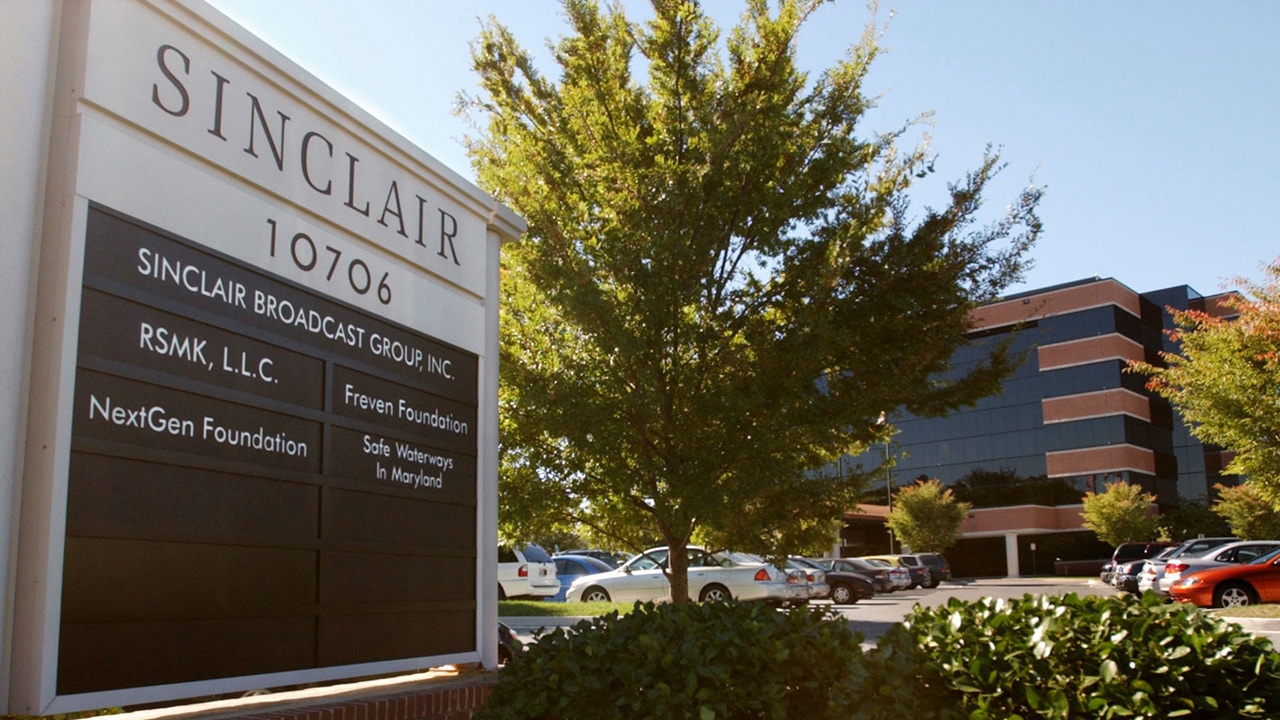 NEW YORK — The $3.9 billion buyout of Tribune Media by Sinclair collapsed Thursday, ending a bid to create a massive media juggernaut that could have rivaled the reach of Fox News.
Tribune Media Co. said Thursday that it is suing Sinclair for breach of contract and at least $1 billion in damages, according to its complaint .


“So sad and unfair that the FCC wouldn’t approve the Sinclair Broadcast merger with Tribune.” — President Donald Trump via Twitter
Sinclair used “unnecessarily aggressive and protracted negotiations” with the Department of Justice and Federal Communications Commission over regulatory requirements, the Chicago company said, and it refused to sell the stations it needed to in order to gain regulatory approval.
Sinclair Broadcast Group wanted the Chicago company’s 42 TV stations and had initially agreed to dump almost two dozen of its own to score approval by the FCC.
The media company, which has enjoyed the support of President Donald Trump, appeared to be cruising toward approval by U.S. regulators.
Last month, however, FCC Chairman Ajit Pai said that he had “serious concerns” about the deal, saying that Sinclair might still be able to operate the stations “in practice, even if not in name.”
That drew a rebuke from Trump. He said that allowing Sinclair to expand its reach would have led to a “much needed conservative voice by and for the people.”

Sinclair Would Have Been Able to Expand Rapidly

Sinclair operates 192 stations, runs 611 channels and operates in 89 U.S. markets. It would have been able to expand rapidly into numerous new markets with the Tribune acquisition.


“We unequivocally stand by our position that we did not mislead the FCC with respect to the transaction or act in any way other than with complete candor and transparency.” — Chris Ripley, CEO of Sinclair
Sinclair has become a significant outlet for conservative views.
It was admonished by media watchdogs in April after Deadspin, a sports news site, pieced together clips of dozens of TV anchors for Sinclair reading from the same script, which warned viewers about “biased and false news” from other media outlets.
Sinclair has defended the decision to have its anchors read from the same script across the country as a way to distinguish its news shows from unreliable stories on social media.
The Maryland company said Thursday in a prepared statement that the Tribune lawsuit is “entirely without merit.”
Free media advocacy groups cheered the demise of the deal.
Public Knowledge, an advocacy group that has been critical of the FCC under Pai, has been against a tie up between Sinclair and Tribune from the start.
“While what has apparently killed this deal was Sinclair’s pattern of deception at the FCC — a fact that should affect its future dealings at the Commission — the deal was bad on its own merits, and this latest development is good for consumers,” said Phillip Berenbroick, senior policy counsel at the organization. “Broadcasters are supposed to serve their local communities. This deal would have contributed to the trend where ‘local’ news and ‘local’ programming is created or scripted out of town.”
Related Topics:buyoutChicagoFCCFox NewsNew YorkSinclair Broadcast GroupTribune Media Co.
Up Next