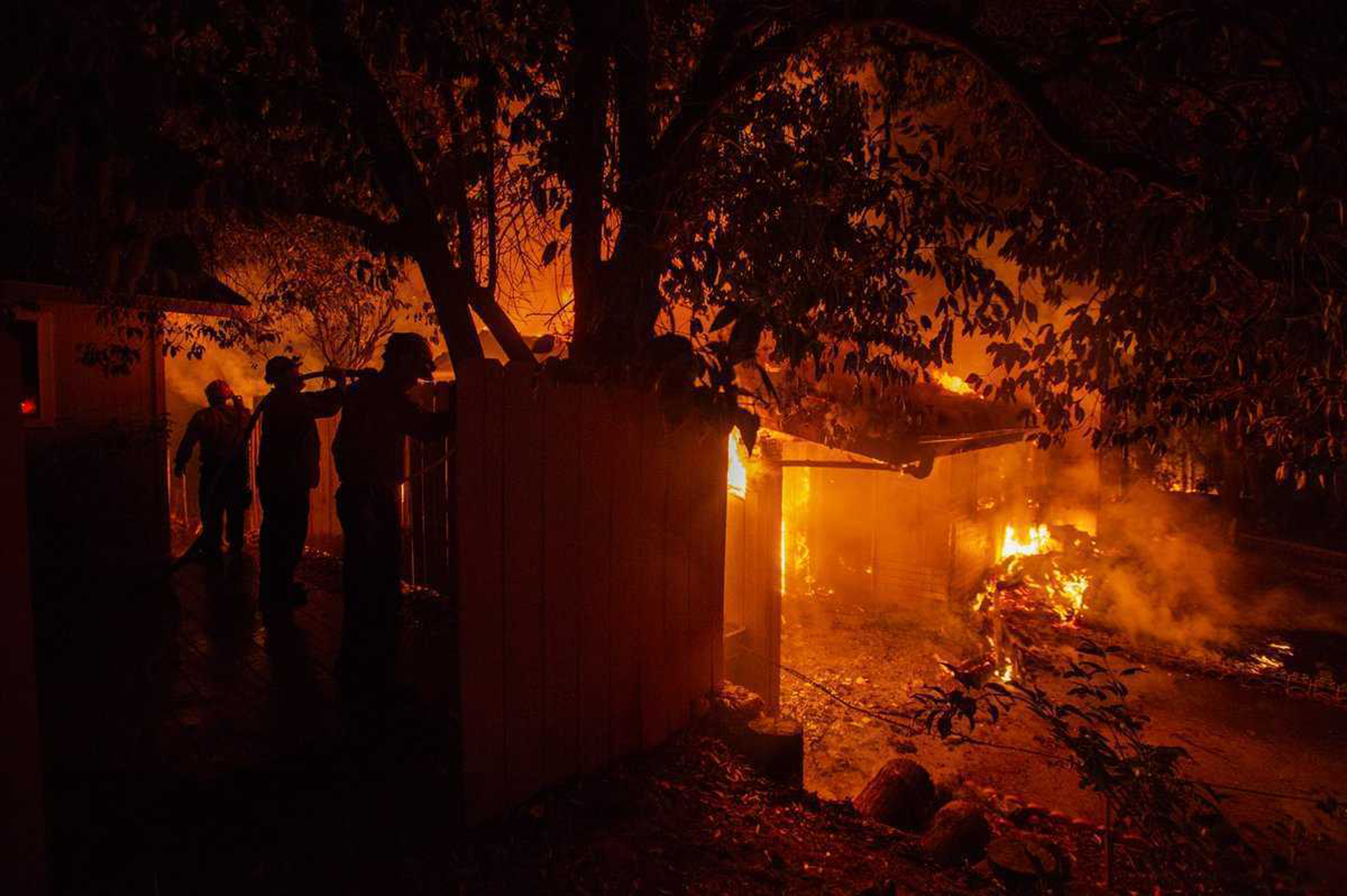 A Fresno manufacturer has created an aerial firefighting system that increases the amount of fire suppression materials delivered in a shorter period of time at nearly half the cost of conventional platforms.
The Guardian system has been used to fight wildfires all over the world — including this week’s deadly wildfires in Greece, which have killed 86 people and burned at least 2,000 homes.
But the system — much to the frustration of Fresno Assemblyman Jim Patterson — isn’t being deployed against the deadly wildfires burning throughout California.
Nor is it being used anywhere else in the United States. 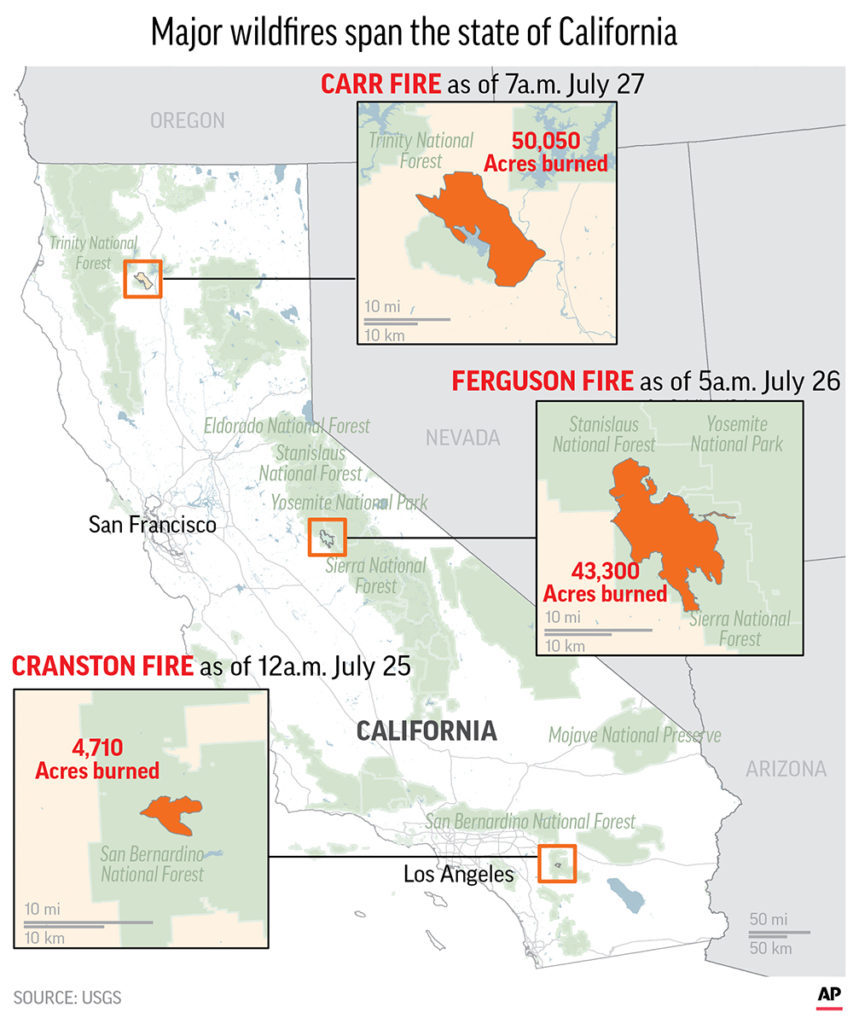 “I think we have a real need,” Patterson said. “This is technology that delivers on any platform and delivers twice the retardant at half the cost of conventional systems. This is basically fighting fires like the Air Force fights wars.”
Rick Goddard, the managing director for Caylym Technologies International, said the Guardian has been approved and used commercially in Europe since 2013. He said it has been successfully used by the Italian Air Force, and most recently by the Romanian Air Force, which utilized it earlier this week to help put out fires in Greece.
In addition to completing drops in Thailand, Goddard said the Guardian is generating interest from countries in South America and South Korea. It also is being tested in Israel.
Nevertheless, the Guardian is making slow headway in the United States.

So, what is the Guardian?
It’s a 4-foot cardboard cube that can hold up to 264 gallons (about 1,000 liters) of liquid.
“The Guardian system is simply cargo that goes on the airplane and goes off the airplane as cargo and opens up in mid-air and pours out its contents on the fire accurately and safely,” Goddard said.
As opposed to standard aerial firefighting systems, Goddard said the Guardian can be used on any cargo-configured aircraft without having to do any modifications to the aircraft. And it can deliver from two to three times higher altitude, which enables 24-hour fire suppression.
Goddard said the Guardian delivers retardants, gel, foam and other materials over a wildfire without the chemicals touching the aircraft. This, he said, significantly reduces maintenance costs, corrosion, and other costly issues.
Goddard said the biggest advantage of the Guardian system is that more aircraft can respond to a wildfire.
“Many times the calls for air support go unfilled by our firefighters on the ground,” Goddard said. “The Guardian system enables the hundreds of available aircraft to be able to respond 24 hours a day, and it is using lower-established cargo delivery procedures, and it allows the formation of these aircraft because you have more.”
(View a demonstration of the system by clicking the video at the top of this story.)

Patterson: ‘We Need It Here. Now.’

Patterson said he has been attempting to get Cal Fire to give Caylym an opportunity to demonstrate the Guardian, but his requests have been met with deaf ears.
“I think the state has been stubbornly resistant to at least giving it a look,” said Patterson, who represents California’s 23rd District.

This amazing firefighting technology is manufactured right here in Fresno. A 21st century application of fire suppression being used around the world. Except here in California. Get with it, CA. We need it here. Now. https://t.co/ckBnLiWa8j

Goddard said Caylym is moving through the approval process in California, and his company has conducted several demonstration drops for the Air National Guard.
“It is just a methodical, operational evaluation that we are going through,” Goddard said. “We would love to have it be used more quickly, but we realize too that there are processes that these organizations have to go through.”
Goddard said that two years ago he was hopeful of getting California’s approval. Yet, his company waits while its fire-fighting technology is used elsewhere around the world.
“The approval process actually comes primarily through the federal government,” Goddard said. “If Secretary (Ryan) Zinke from the Interior Department were to make this a priority, it would be a priority.”