The more than 3,300 personnel battling the deadly Ferguson Fire west of Yosemite National Park in Mariposa County are starting to get a bigger handle on the 37,000-acre blaze, which is in its 12th day.

The fire is burning in very rough terrain with high firefighter exposure due to very hot conditions and limited access requiring heavy aerial support because of little to no access to roads, officials said.

Mandatory and advisory evacuations are in place in several areas but no homes have been damaged or destroyed.

Yosemite National Park remains open, but ABC30 reports that Yosemite Valley and Wawona will close Wednesday at noon because of smoke from the wildfire. The station also reported that the closure could last until the weekend.

#BREAKING: @YosemiteNPS closing Yosemite Valley & Wawona tomorrow at noon because of #FergusonFire smoke. (Air quality now worse than it is in Beijing.) Closure will probably last into the weekend.@ABC30

There has been one fatality, Cal Fire bulldozer operator Braden Varney, and six injuries.

Today at 11:00 a.m., the fire commanders, along with the Mariposa County Sheriff’s Office, will host a community meeting at Yosemite Village to discuss the current situation.

Officials will present an overview of the current status of the fire and actions being taken to stop its spread. Current maps of the fire will be available, as well as other handouts.

Officials will be available to answer questions. The meeting will take place at the Yosemite Valley Auditorium, 9035 Village Drive Yosemite National Park.

Parking is available along Village Drive or in the Yosemite Village Parking Area. 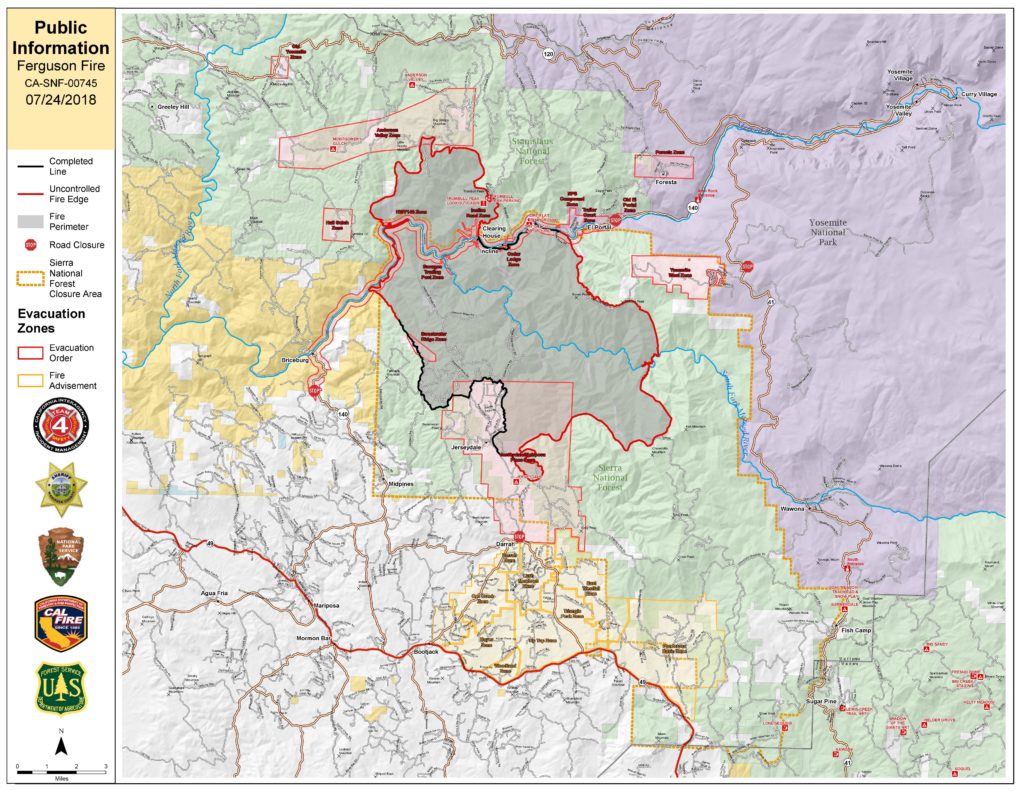