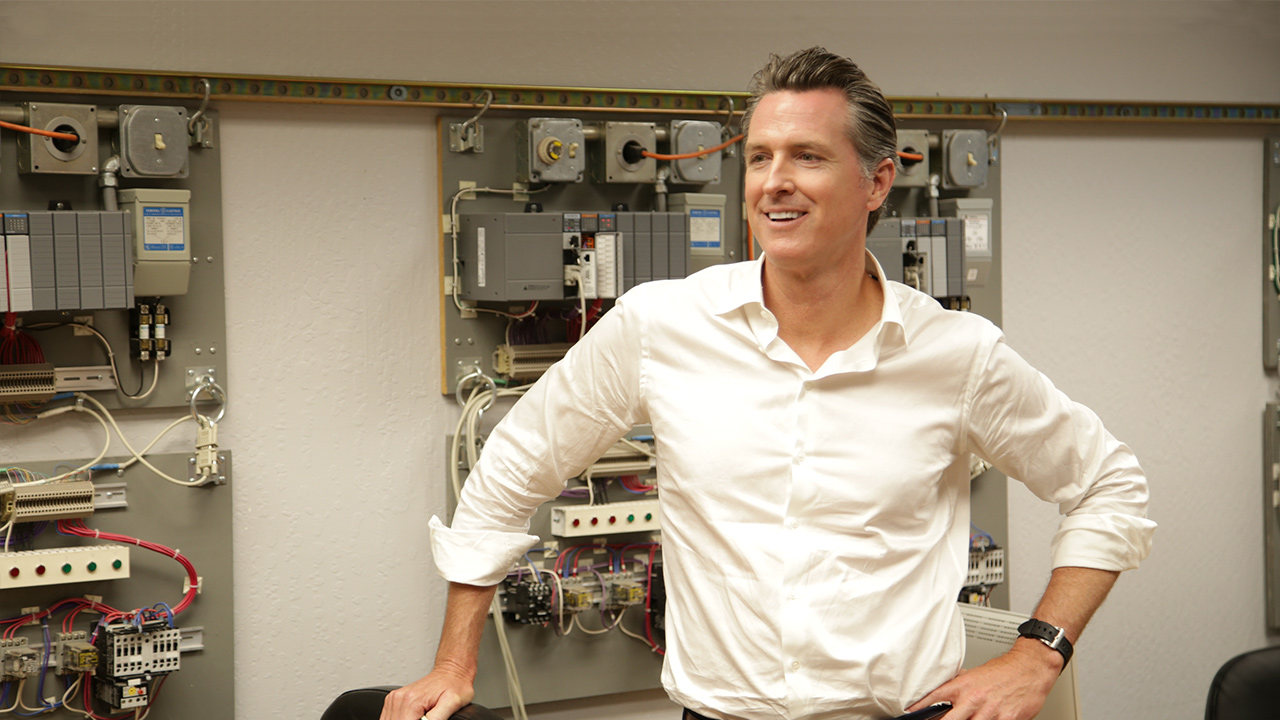 Visiting Fresno for the first time since the primary election, California gubernatorial candidate Gavin Newsom expressed support for a state law that local law enforcement leaders say has increased crime.
In fact, Fresno Police Chief Jerry Dyer directly blamed Proposition 47 for the recent homicide of Nick Kauls.
Kauls, a 17-year-old San Joaquin Memorial High School student, died after being shot in the head in his Fig Garden neighborhood June 24 during a robbery attempt.
Investigators arrested Joseph Antonio Espinoza for the homicide. Dyer said that absent Prop. 47 Espinoza would have been in jail for drug possession before the homicide and not involved in a deadly crime spree.
While Newsom said he did not have enough information to talk about the Kauls shooting directly, the lieutenant governor did say that he backs Prop. 47, the ballot measure that reclassified some felonies to misdemeanors to help alleviate prison overcrowding.
“There have been a number of independent studies that don’t subscribe to that point of view,” Newsom said, referring to the argument that Prop. 47 has resulted in more crime.
But the Democrat noted that Prop. 47 can be improved.
“We can strengthen (laws). I’m not wedded to obstinance and denial,” he said. “But some are too quick to point fingers and scapegoat.”
You can read a study on the impacts of Prop. 47  released by the Public Policy Institute of California last month at this link.

“Thousands and thousands of projects will just simply end. Infrastructure will continue to erode. Public safety will diminish.”—Gavin Newsom on the gas tax repeal.
— Newsom said that despite state Democratic Party leaders endorsing challenger Kevin de León, he still supports and likes the chances of U.S. Sen. Dianne Feinstein.
—He does not support splitting the state into three states. “Unity should be our call, not disunity,” he said about Proposition 9 on the November ballot.
— Newsom said the two-party system is healthy. He referenced a bipartisan trip he took to Texas, where he learned about Republican economic development policies.
“That’s the kind of approach I would have, reach across the divide,” he said.
— Newsom noted another growing divide— urban vs. rural: “I feel a deep sense of responsibility, if I’m successful as governor, to reconcile that.”
— The gubernatorial frontrunner also suggested that he would pay close attention to the Valley and its challenges.
“I don’t want to become a meme,” Newsom said. “I don’t want to become the guy that’s here before an election, that you never see again. I don’t want to be that person.”
Related Topics:Fresnogas tax repealGavin NewsomJohn CoxlaborNick KaulsProp. 47
Up Next