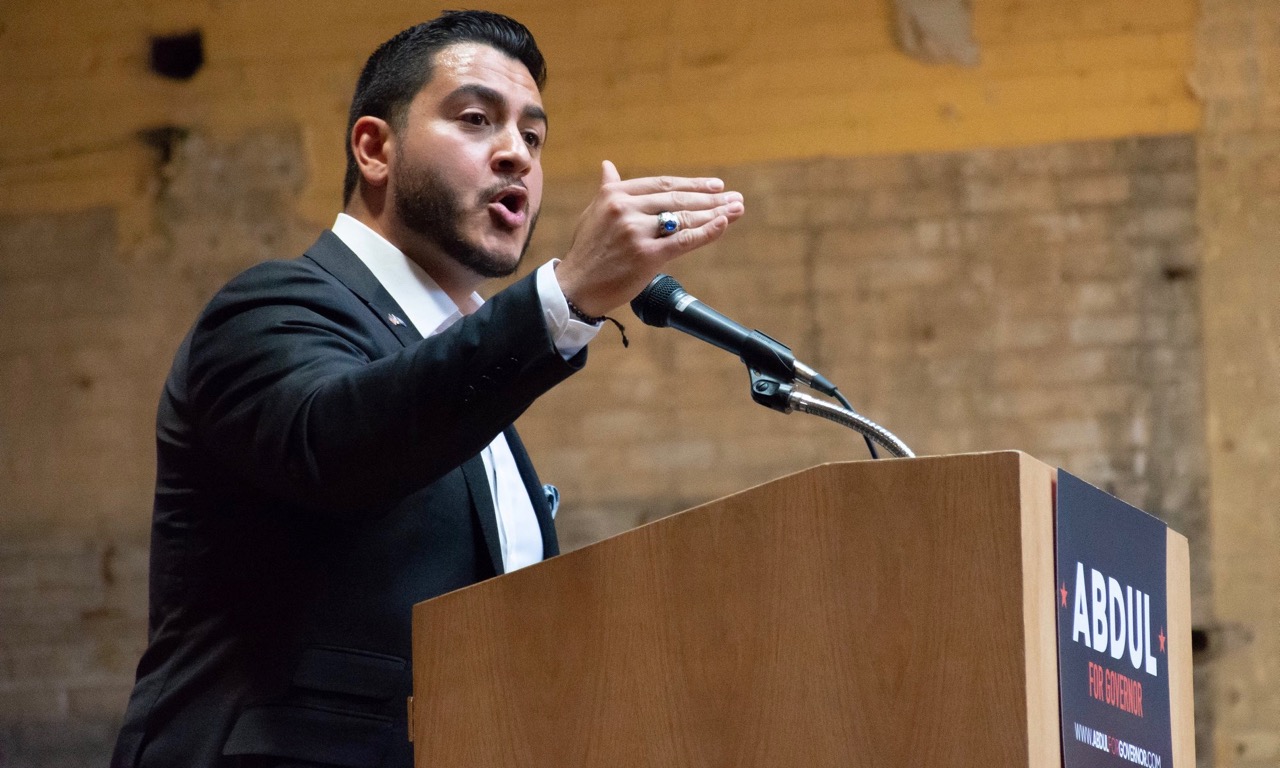 SPRINGFIELD, Mass. — A liberal woman of color with zero name recognition and little funding takes down a powerful, long-serving congressman from her own political party.
When Tahirah Amatul-Wadud heard about Alexandria Ocasio-Cortez’s stunning upset over U.S. Rep. Joe Crowley in New York’s Democratic primary last month, the first-time candidate saw parallels with her own longshot campaign for Congress in western Massachusetts.
The 44-year-old Muslim, African-American civil rights lawyer, who is taking on a 30-year congressman and ranking Democrat on the influential House Ways and Means Committee, said she wasn’t alone, as encouragement, volunteers and donations started pouring in.
“We could barely stay on top of the residual love,” said Amatul-Wadud, U.S. Rep. Richard Neal’s lone challenger in the state’s Sept. 4 Democratic primary. “It sent a message to all of our volunteers, voters and supporters that winning is very possible.”

From Congress to state legislatures and school boards, Muslim Americans spurred to action by the anti-Muslim policies and rhetoric of President Donald Trump and his supporters are running for elected offices in numbers not seen since before the terrorist attacks of Sept. 11, 2001, say Muslim groups and political observers.
Many, like Amatul-Wadud, hope to ride the surge of progressive activism within the Democratic Party that delivered Ocasio-Cortez’s unlikely win and could help propel the Democrats back to power in November.
Still, the path to victory can be tougher for a Muslim American. Some promising campaigns already have fizzled out while many more face strong anti-Muslim backlash.

In Michigan, Democrat candidate for governor Abdul El-Sayed continues to face unfounded claims from a GOP rival that he has ties to the controversial Muslim Brotherhood, even though Republican and Democratic politicians alike have denounced the accusations as “conspiracy theories.”
In Rochester, Minnesota, mayoral candidate Regina Mustafa has notified authorities of at least two instances where anti-Muslim threats were posted on her social media accounts.
And in Arizona, U.S. Senate candidate Deedra Abboud received a torrent of Islamophobic attacks on Facebook last July that prompted outgoing U.S. Sen. Jeff Flake, the Republican lawmaker Abboud is hoping to replace, to come to her defense on Twitter.
“I’m a strong believer that we have to face this rhetoric,” said Abboud, who has also had right-wing militant groups the Fraternal Order of Alt-Knights and the Proud Boys stage armed protests her campaign events. “We can’t ignore it or pretend like it’s a fringe element anymore. We have to let the ugly face show so that we can decide if that is us.”
There were as many as 90 Muslim-Americans running for national or statewide offices this election cycle, a number that Muslim groups say was unprecedented, at least in the post-9/11 era.

About 50 Muslim Candidates Remain After Primaries

But recent primaries have whittled the field down to around 50, a number that still far exceeds the dozen or so that ran in 2016, said Shaun Kennedy, co-founder of Jetpac, a Massachusetts nonprofit that helps train Muslim-American candidates.
Among the candidates to fall short were California physician Asif Mahmood, who placed third in last month’s primary for state insurance commissioner, despite raising more than $1 million. And in Texas, wealthy businessman Tahir Javed finished a distant second in his Democratic primary for Congress, despite an endorsement from Senate Minority Leader Chuck Schumer of New York.
Nine candidates for Congress are still in the running, according to Jetpac’s tally. At least 18 others are campaigning for state legislature and 10 more seek major statewide and local offices, such as governor, mayor and city council. Even more are running for more modest offices like local planning board and school committee.
The next critical stretch of primaries is in August.
In Michigan, at least seven Muslim Americans are on the Aug. 7 ballot, including El-Sayed, who could become the nation’s first Muslim governor.

In Minnesota, the decision by Keith Ellison, the nation’s first Muslim congressman, to run for state attorney general has set off a political frenzy for his congressional seat that includes two Muslim candidates, both Democrats: Ilhan Omar, the country’s first Somali-American state lawmaker, and Jamal Abdulahi, a Somali-American activist.
But historic wins in those and other races are far from assured, cautions Geoffrey Skelley, an associate editor at Sabato’s Crystal Ball, a nonpartisan political analysis website run by the University of Virginia’s Center for Politics.
Omar’s chances of emerging from a field of five Democratic candidates in Minnesota’s Aug. 14 primary was bolstered by a recent endorsement from the state Democratic Party, but El-Sayed is an underdog in his gubernatorial race, he said.
Other Muslim-American candidates might fare better in Michigan, which has one of the nation’s largest Arab-American populations, Skelley added.
There, former state Rep. Rashida Tlaib has raised more money than her Democratic rivals in the race to succeed Democratic Rep. John Conyers, who resigned last year amid allegations of sexual misconduct. Former Obama administration official Fayrouz Saad is also running as a Democrat in the wide-open race to succeed Republican Rep. David Trott, who isn’t seeking re-election.
Either could become the first Muslim woman elected to Congress, which has only ever had two Muslim members: outgoing Ellison and Rep. Andre Carson, an Indiana Democrat seeking re-election.
Saad, who served most recently as director of Detroit’s Office of Immigrant Affairs, recognizes the importance of representing her community in an era of rising Islamophobia.
The 35-year-old broke from the conservative Republican politics of her Lebanese immigrant parents following the 9/11 attacks because she felt Arabs and Muslims were unfairly targeted.
“I felt the way to push back against that was to be at the table,” said Saad, adding that her parents’ political leanings have also since moved to the left. “We have to step up and be voices for our communities and not wait for others to speak on behalf of us.”

But not all Muslim candidates feel that way.
In San Diego, California, 37-year-old Republican congressional candidate Omar Qudrat declined to comment on how Islamophobia has impacted his campaign, including instances when his faith have been called into question by members of his own political party.
Instead, the political newcomer, who is one of at least three Muslim Republicans running nationwide this year, provided a statement touting his main campaign issues as faces Democratic U.S. Rep. Scott Peters in November: addressing San Diego’s high number of homeless military veterans, improving public education and expanding economic opportunities for city residents.
“Running for public office is about advancing the interests of your constituents and the American people,” Qudrat’s statement reads. “Nothing else.”