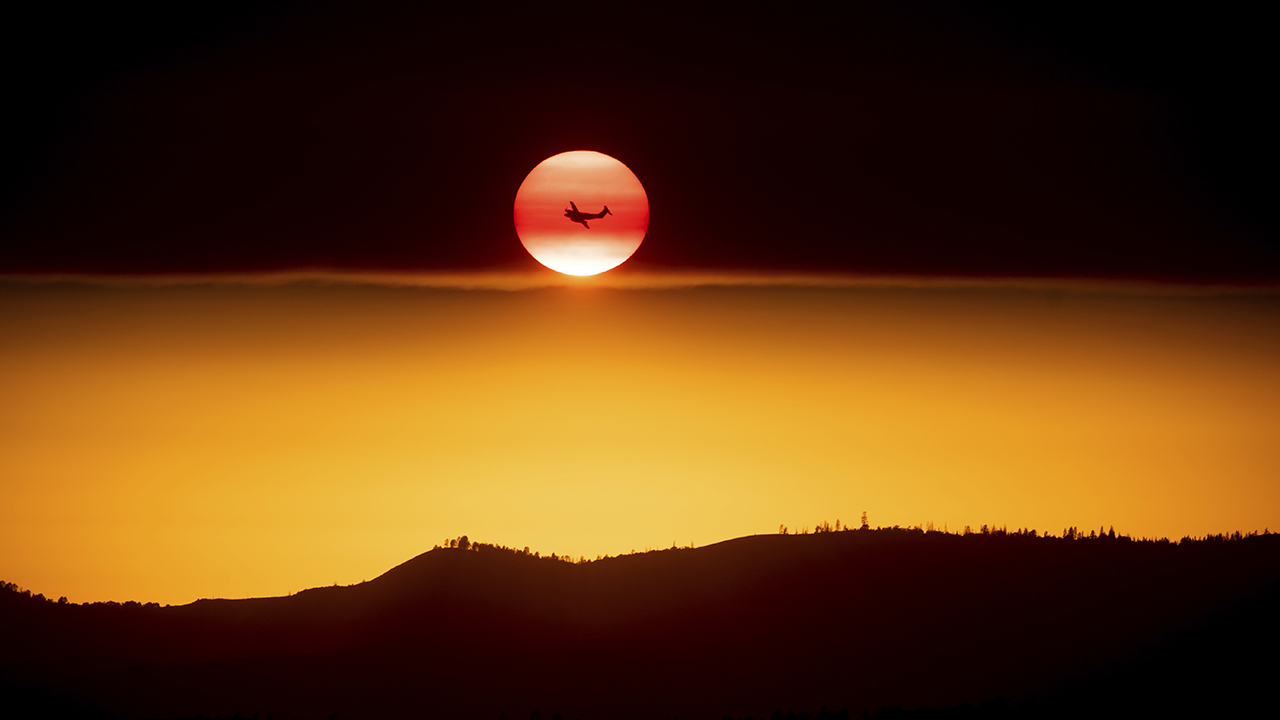 MARIPOSA — Fire officials say a deadly wildfire burning near the west end of Yosemite National Park doubled in size overnight.
U.S. Forest Service spokesman John DeYoe says the Ferguson Fire had scorched 14 square miles of brush and timber as of Monday morning. It is 2 percent contained.
Temperatures spiking to 95 degrees and inaccessible terrain were making it difficult for crews to slow the blaze that started Friday.
The wildfire that comes at the peak of tourist season shut down a key route into the park and prompted mandatory evacuations for Yosemite Cedar Lodge and nearby communities. Braden Varney is survived by his wife, Jessica, and daughter, Malhea, (left) and son, Nolan. (Facebook)

Firefighter Braden Varney was killed over the weekend while working on a bulldozer to try to prevent the fire from spreading. Cal Fire Deputy Chief Scott McLean says Varney’s body is in “precarious terrain” but that they hope to recover his body today.
Varney had worked for Cal Fire for 10 years. His father also worked as a Cal Fire heavy equipment operator. He is survived by his wife, Jessica; daughter Malhea, 5; and son Nolan, 3.
A GoFundMe account has been organized to support his family. You can access it at this link.
As of 11 a.m. Monday, 248 people had contributed nearly $32,000.
“We are shocked, heartbroken and will miss Braden so very much,” contributor Cindy Anderson posted on GoFundMe. Thank you, Braden, for all you did for us. We are heartbroken for his family’s emotional hardship. Mariposa needed Braden and I don’t know how we will get by without him. May his family feel his energy and love surrounding them. Braden’s young spirit will live on forever.”
Said Mariposa County Sheriff Doug Binnewies: “Braden is known by everyone in Mariposa County and is a star in our community and is a friend of everyone.”

Yosemite Is Open and ‘Fully Operational’

A park official said at 9.am. Monday that all trails, campgrounds, restaurants, and lodges at Yosemite National Park are open, though smoke from the deadly wildfire is polluting the air and limiting visibility.
Yosemite spokesman Scott Gediman said visitors are still arriving at the “fully operational” park.
The Yosemite Conservancy, a group that supports the park, posted time-lapse video showing smoke billowing through the park, then enveloping and completely obscuring Half Dome, an iconic rock formation. Park webcams showed other landmarks, such as the El Capitan rock formation, concealed by thick plumes of smoke.
Evacuations were ordered over the weekend for the Yosemite Cedar Lodge, which is outside the park, and in nearby communities as flames crept up slopes and the air became thick with smoke.
Danette Moreno, 64, said she, her husband and their dog left their home in Mariposa Pines shortly after midnight Sunday and went to a shelter. The couple retired to their home about five years ago from the Los Angeles area and said they had seen three fires in that time, but this was the first time they had to evacuate.
“My attitude is never ‘Why me?'” Moreno told the Merced-Sun Star newspaper. “It’s out of our hands.”

Large Blazes Throughout California and the West

The Ferguson Fire is one of several burning across the state and among 56 large blazes that are active in the U.S., most in the American West, a region that is struggling with drought and heat.
A blaze near the California-Oregon border that killed a 72-year-old resident and injured three firefighters was almost entirely contained after burning more than 60 square miles of dry brush.
Crews also got full control over a stubborn fire that scorched 142 square miles of brush and destroyed 20 structures in Yolo and Napa counties. Investigators said an electric livestock fence that was improperly installed sparked the flames.

Tuck vs. Thurmond in Duel Over Cal School Funding: Walters