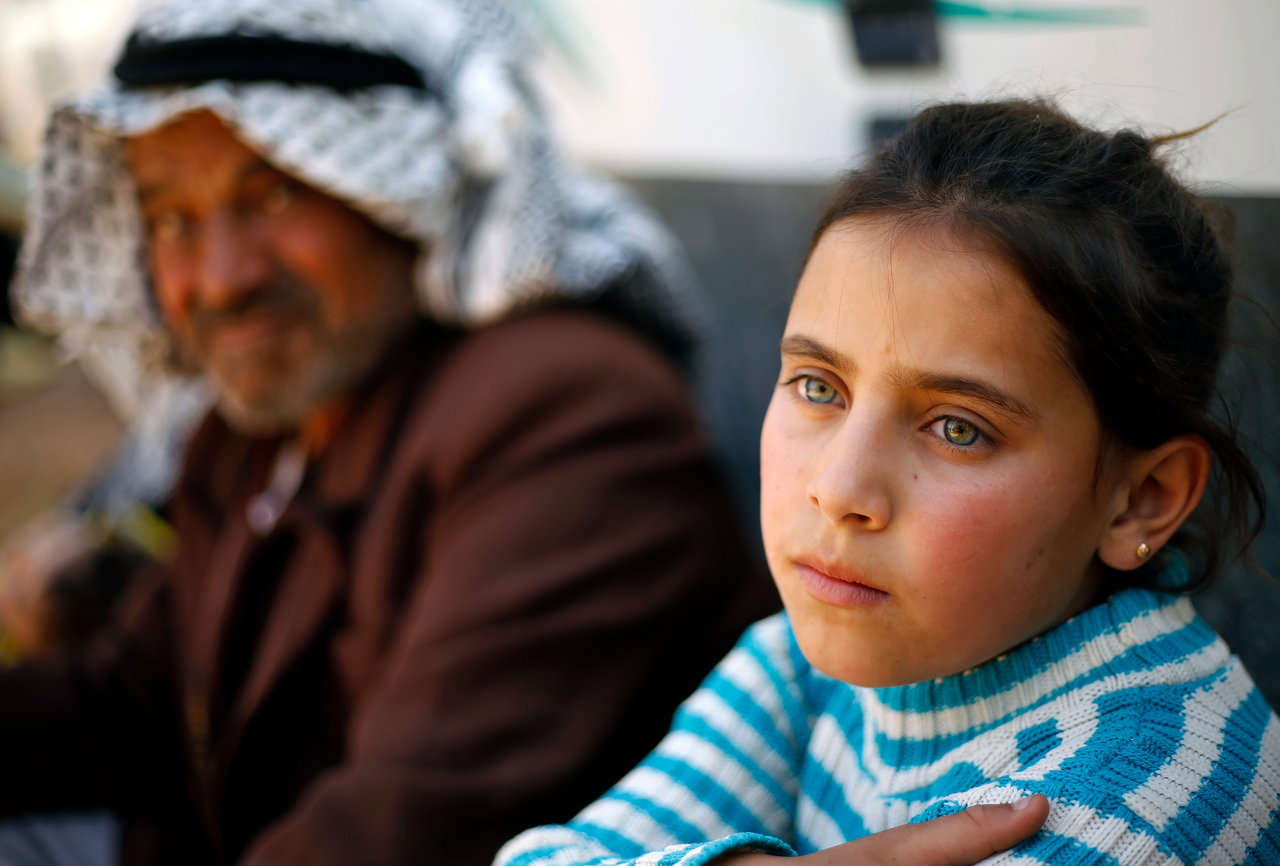 Seven years ago, during the Arab spring, the people of Syria peacefully protested the government of President Bashar al-Assad and asked for democratic reforms.
Assad responded to the protests with violence, triggering a brutal civil war that continues today.
The Washington Post published June 29 an emotionally moving photographic essay, Looking at the war in Syria through a Syrian photographer’s eyes, which you can view at this link.
In addition, here is the view on the ground of the Syrian war in recent months, as chronicled by the Associated Press. Mohammed Suleiman Darwish and his granddaughter Israa wait to cross into Syria from the eastern Lebanese border town of Arsal, Lebanon, Thursday, June 28, 2018. Darwish goes to Syria to give his granddaughter Israa to her parents and fix their home before she follows him. About 400 Syrians were expected to make the crossing after having requested permission from the Lebanese and Syrian governments. (AP Photo/Bilal Hussein) Baseema Darwish, holds her granddaughter Fatima as she waits for her husband Mohammed to cross into Syria from the eastern Lebanese border town of Arsal, Lebanon, Thursday, June 28, 2018. Baseema will stay in Lebanon while her her husband fixes their home before she follows him.  (AP Photo/Bilal Hussein) Sumaya Ramadan, left, sits next to her paralyzed 92-year-old uncle Abdul-Moati Abu-Zeid, right, who laid on a mattress not moving or speaking, in a pickup truck getting ready to cross into Syria from the eastern Lebanese border town of Arsal, Lebanon, Thursday, June 28, 2018. Ramadan said the man has been widowed for 15-years and she has been taking care of him. (AP Photo/Bilal Hussein) Syrian refugees gather in their vehicles getting ready to cross into Syria from the eastern Lebanese border town of Arsal, Lebanon, Thursday, June 28, 2018. (AP Photo/Bilal Hussein) This photo released by the Syrian Civil Defense White Helmets in Daraa, shows destroyed houses and shops after shelling by Syrian government forces, in the town of Nawa, Daraa, southern Syria, Thursday, June 28, 2018. A barrage of airstrikes hit rebel-held areas in southwestern Syria on Thursday, killing civilians hiding in an underground shelter as government forces pressed their offensive to reclaim a region that was until recently part of a U.S.-backed and negotiated truce. (Syrian Civil Defense White Helmets via AP) This Thursday, July 5, 2018 photo provided by Nabaa Media, a Syrian opposition media outlet, shows smoke rising over buildings that were hit by Syrian government forces bombardment, in Daraa province, southern Syria. Syrian state media and a war monitor said that government forces have captured new areas along the border with Jordan and are on the verge of reaching a main crossing between the two countries. (Nabaa Media, via AP)

Related Topics:AssadborderJordanLebanonphotosrefugeesSyriawarWashington PostWhite Helmets
Up Next