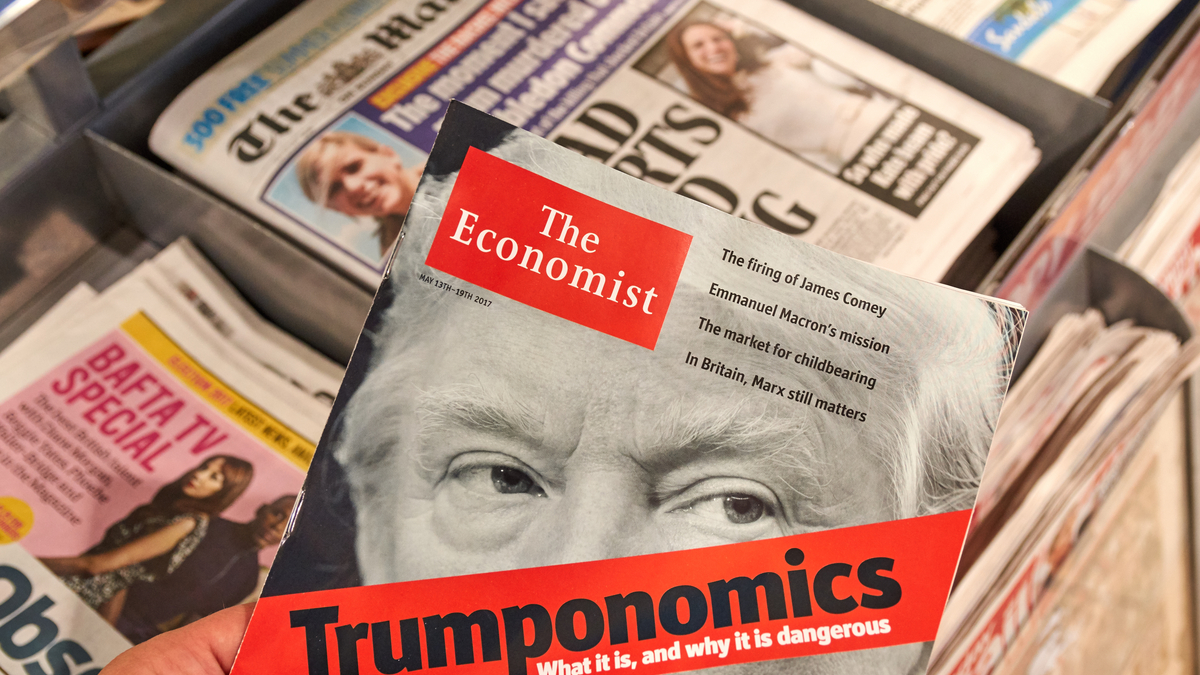 Think back to December.
Two weeks before Congress passed the Republican tax-reform bill, President Donald Trump predicted that, with tax cuts in place, the American economy would grow by as much as 6%.
It’s clear now that Trump’s data-defying boast won’t become reality — although the economy is performing better than it did during President Barack Obama’s last year in office.
First-quarter growth in 2018 came in at a tepid 2%, and economists now are forecasting a total increase of 2.6% to 3.5% for the year.
However, economists had been expecting a big gain in the second quarter. The Federal Reserve Bank of Atlanta’s GDPNOW forecast, for example, was anticipating second-quarter growth of 4.8% growth. But it adjusted the prognostication down to 3.8% on June 29.

The downward trajectory could continue if Trump sticks with his worldwide trade war.
Writes Chuck Jones, a Forbes contributor:
“President Trump’s actual, proposed and hinted at tariffs and trade barriers have had a negative impact on the stock market, gotten some companies to change production plans (Harley-Davidson being the most visible example) and create uncertainty in the minds of company executives which could slow down investments. If he does go through with them think back to the thought that supporters were saying that detractors were taking him too literally vs. seriously during the election.

“It looks like people should be taking him at his word. Think TPP, Paris Climate Accord, Iran nuclear agreement, Affordable Care Act and deep tax cuts. If this escalates into a larger trade war (think withdrawing from NAFTA, hundreds of billions of dollars in tariffs and more stringent review of foreign investments) this could have a chilling effect on the economy and the stock markets.”
You can read Jones’ analysis at this link.