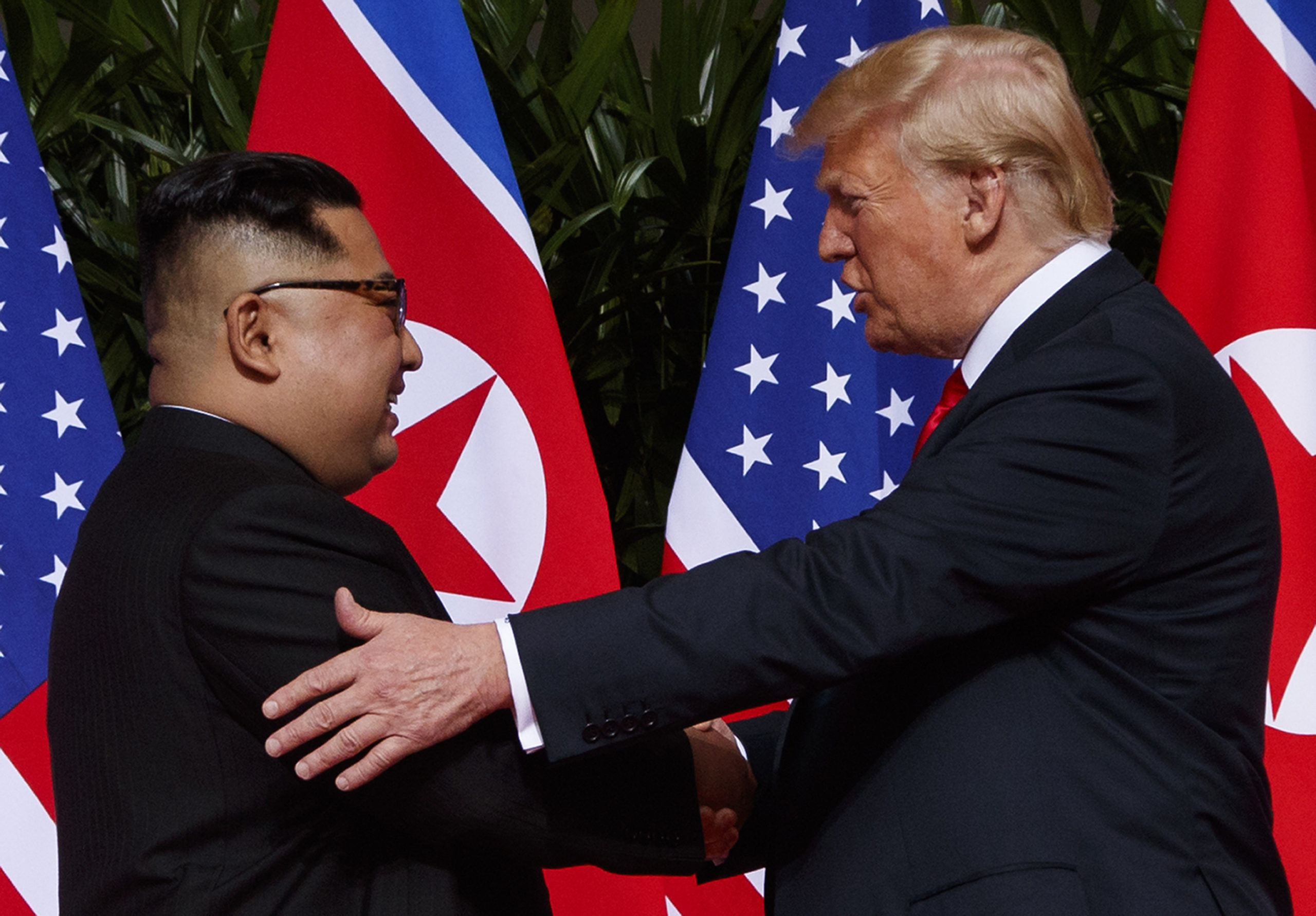 WASHINGTON — A majority of Americans now approve of President Donald Trump’s handling of U.S. relations with North Korea, a change that comes after his historic summit with that country’s leader, Kim Jong Un. But most don’t believe Kim is serious about addressing the international concerns about his country’s nuclear weapons program.
A new poll from The Associated Press-NORC Center for Public Affairs Research released Thursday finds that 55 percent of Americans approve of Trump’s diplomacy with North Korea, up from 42 percent in March and 34 percent last October.
It’s the highest rating for the Republican president on any individual issue on an AP-NORC poll since his inauguration.
The survey was conducted immediately after Trump concluded a one-day meeting with Kim, the first between a U.S. and North Korean leader in six decades of hostility, at which they agreed North Korea would work toward denuclearization in exchange for U.S. security guarantees.
The positive feelings about the summit among Americans don’t appear to have made a dent in Trump’s overall approval rating, which stands at just 41 percent and has not significantly changed since March.
As the poll was being conducted, Trump was embroiled in controversy over his administration’s policy of separating children from their parents after border agents catch the families crossing into the U.S. illegally.

Yet even people unhappy with Trump overall are willing to admire his efforts at detente with North Korea. Last September, Trump taunted Kim as “Rocket Man” in a speech at the United Nations, during which he vowed to “totally destroy North Korea” if the U.S. was forced to defend itself or its allies. Last week, after meeting with Kim, he tweeted, “there is no longer a nuclear threat from North Korea.”
“I hate to give Donald Trump any credit, but the fact is he was able to sit down with the man and possibly get the volume of that threat turned down significantly,” said Susan Leo, 66, a retired minister from Santa Cruz, California, who supported Democrat Hillary Clinton for president.
Still, she added, when she considers the big picture, Trump’s presidency is “a nightmare. There’s absolutely no integrity in his life and in his presidency overall.”

Only 9% of Democrats Approve of Trump Overall 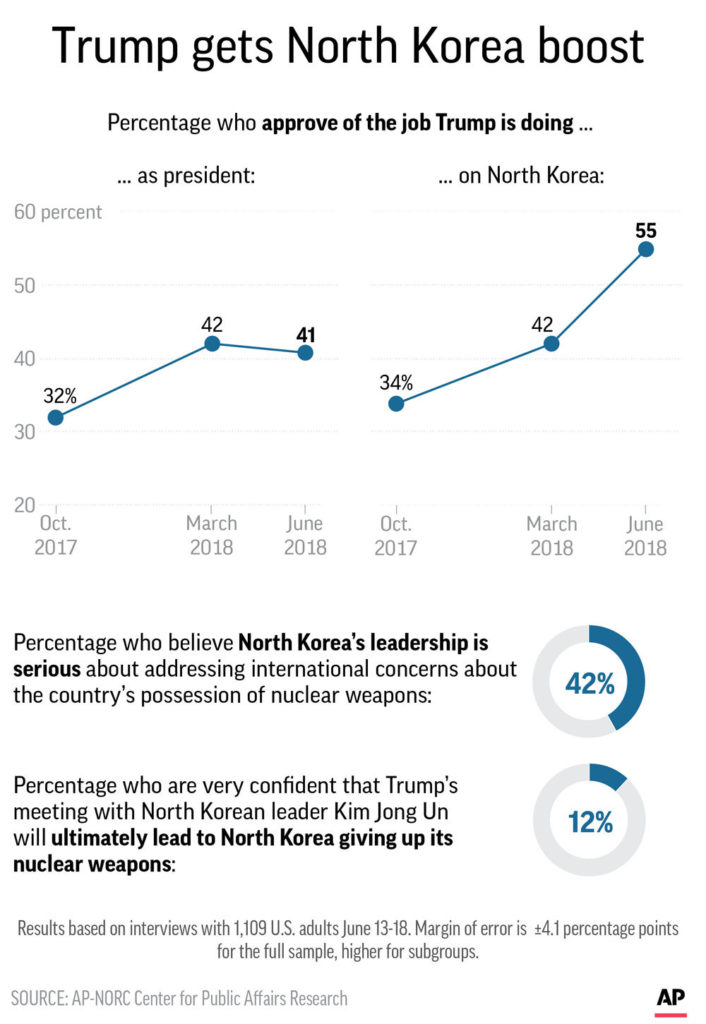 Only 43 percent of Americans approve of Trump’s handling of relationships with U.S. allies or of his handling of trade negotiations with other countries, a figure that’s similar to his overall approval rating. Just 23 percent of Americans say they’re very or extremely confident in his ability to handle complex foreign policy situations, while 53 percent are not very or not at all confident.
Kim Oldfield, 67, of Culverville, California, a registered independent who voted for Trump, said she was fine Kim coming to Washington as part of a nuclear deal.
“Sure, why not,” she said. “There’s a first time for everything.”

The AP-NORC poll of 1,109 adults was conducted June 13-18 using a sample drawn from NORC’s probability-based AmeriSpeak Panel, which is designed to be representative of the U.S. population. The margin of sampling error for all respondents is plus or minus 4.1 percentage points.
Respondents were first selected randomly using address-based sampling methods and later interviewed online or by phone.