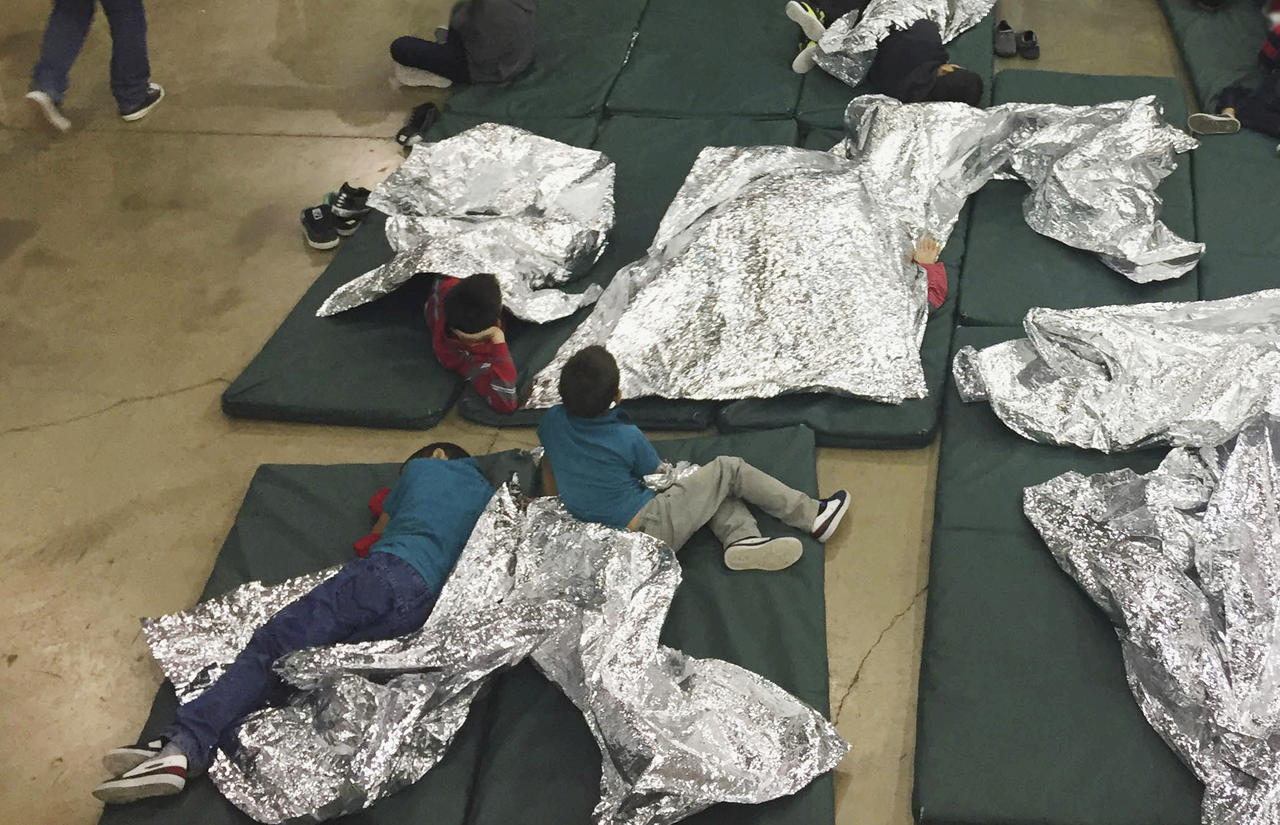 BROWNSVILLE, Texas — An audio recording that appears to capture the heartbreaking voices of small Spanish-speaking children crying out for their parents at a U.S. immigration facility took center stage in the growing uproar over the Trump administration’s policy of separating immigrant children from their parents.
“Papa! Papa!” one child is heard weeping in the audio file that was first reported Monday by the nonprofit ProPublica and later provided to The Associated Press. Human rights attorney Jennifer Harbury said she received the tape from a whistleblower and told ProPublica it was recorded in the last week. She did not provide details about where exactly it was recorded.


The Mormon church said it is “deeply troubled” by the separation of families at the border and urged national leaders to find compassionate solutions.
Homeland Security Secretary Kirstjen Nielsen said she had not heard the audio but said children taken into custody by the government are being treated humanely. She said the government has high standards for detention centers and the children are well cared for and stressed that Congress needs to plug loopholes in the law so families can stay together.
The audio surfaced as politicians and advocates flocked to the U.S.-Mexico border to visit U.S. immigration detention centers and turn up the pressure on the Trump administration. The president was to visit Capitol Hill on Tuesday afternoon to discuss the crisis with House Republicans.

And the backlash over the policy widened. The Mormon church said it is “deeply troubled” by the separation of families at the border and urged national leaders to find compassionate solutions. Massachusetts Gov. Charlie Baker, a Republican, reversed a decision to send a National Guard helicopter from his state to the Mexican border to assist in a deployment, citing the administration’s “cruel and inhumane” policy.
At the border, an estimated 80 people pleaded guilty Monday to immigration charges, including some who asked the judge questions such as “What’s going to happen to my daughter?” and “What will happen to my son?”
Attorneys at the hearings said the immigrants had brought two dozen boys and girls with them to the U.S., and the judge replied that he did not know what would happen to their children.

Several groups of lawmakers toured a nearby facility in Brownsville, Texas, that houses hundreds of immigrant children.
Democratic Rep. Ben Ray Lujan of New Mexico said the location was a former hospital converted into living quarters for children, with rooms divided by age group. There was even a small room for infants, complete with two high chairs, where two baby boys wore matching rugby style shirts with orange and white stripes.


“When you exempt a group of people from the law … that creates a draw.” — Manuel Padilla, Border Patrol’s chief agent in Rio Grande Valley
Another group of lawmakers on Sunday visited an old warehouse in McAllen, Texas, where hundreds of children are being held in cages created by metal fencing. One cage held 20 youngsters.
More than 1,100 people were inside the large, dark facility, which is divided into separate wings for unaccompanied children, adults on their own, and mothers and fathers with children.

In Texas’ Rio Grande Valley, the busiest corridor for people trying to enter the U.S., Border Patrol officials say they must crack down on migrants and separate adults from children as a deterrent to others trying to get into the U.S. illegally.
“When you exempt a group of people from the law … that creates a draw,” said Manuel Padilla, the Border Patrol’s chief agent there.
President Donald Trump emphatically defended his administration’s policy Monday, again falsely blaming Democrats.
“The United States will not be a migrant camp, and it will not be a refugee holding facility,” he declared. “Not on my watch.”
House Minority Leader Nancy Pelosi, speaking to reporters during a tour of San Diego immigration detention facilities with Rep. Juan Vargas and other House Democrats, said family separation is a “heartbreaking, barbarian issue that could be changed in a moment by the president of the United States rescinding his action.”
“It so challenges the conscience of our country that it must be changed and must be changed immediately,” she said during a news conference at a San Diego terminal that is connected to the airport in Tijuana, Mexico, by a bridge.

Sen. Ted Cruz of Texas announced late Monday that he was introducing emergency legislation intended to keep immigrant families together.
“All Americans are rightly horrified by the images we are seeing on the news, children in tears pulled away from their mothers and fathers,” Cruz said. “This must stop.”

Letter to the Editor: Young People Should Run for Office