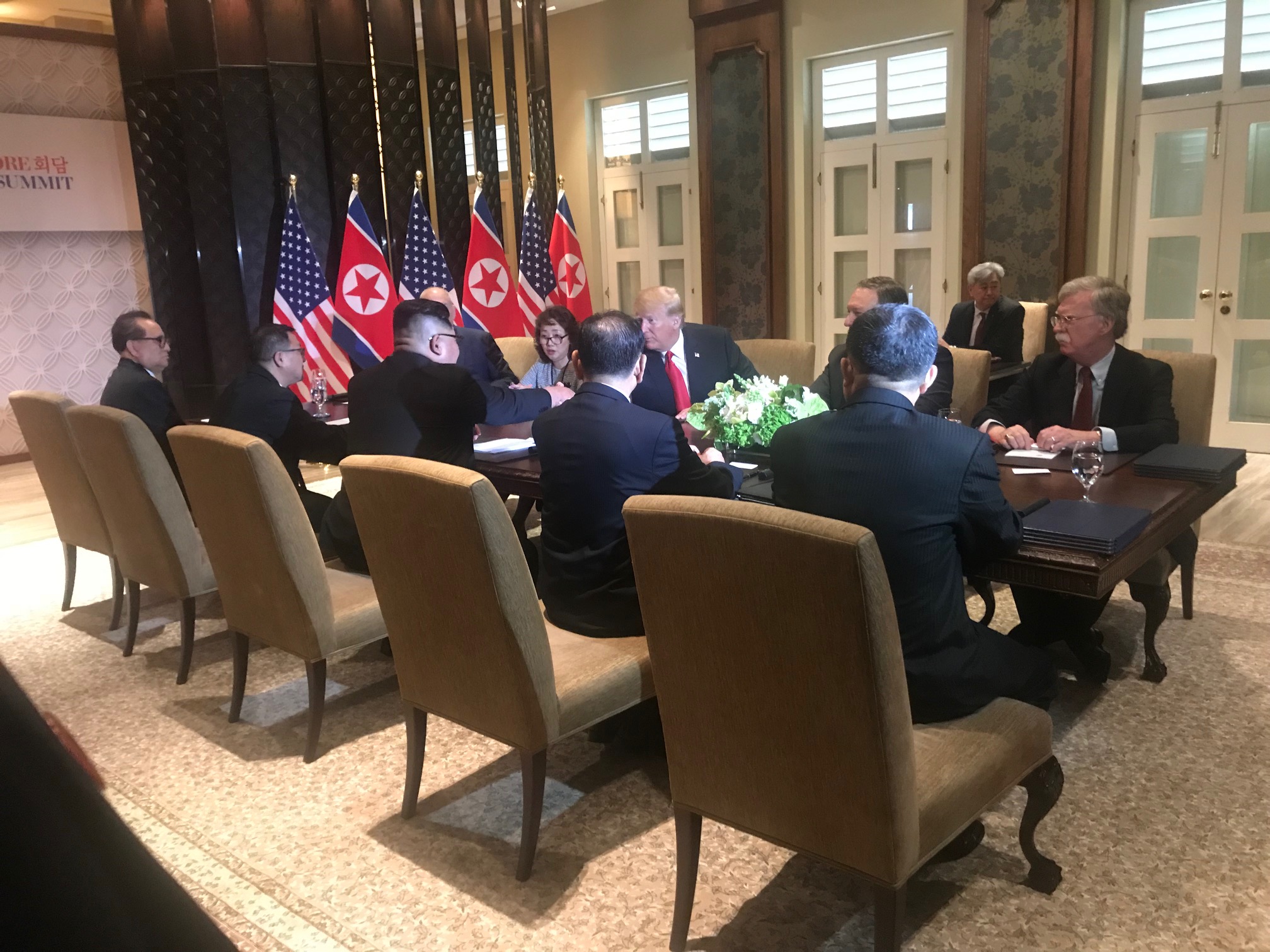 SINGAPORE — The summit between President Donald Trump and Kim Jong Un wound up in a victory of style and image over real substance.
Trump, hours after his historic meeting with Kim, defended the vague final declaration in a show of bluff and bluster in which he sought to make up for the fact that he got through what was billed as the summit of the century with very little to show for it. 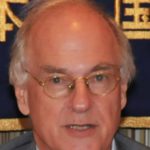 Clearly, Trump wanted to return to Washington claiming a foreign policy victory in a display that drew 5,000 journalists, including the superstars of television news, to this island city-state. The fact was, however, that the final joint statement omitted any mention of complete, verifiable, irreversible denuclearization. Kim obviously would not have signed any statement that used that term while determined to cling to his nuclear program.

Trump, however, insisted in a news conference that “we are asking for the establishment of a new U.S.-DPRK relationship.” He was sure, he said, it would lead to “complete denuclearization” — the same term was used in the declaration signed by Kim and South Korea’s President Moon Jae-in in their summit at the truce village of Panmunjom on April 27. As for “verification” of whatever the North Koreans were doing to get rid of their nukes and missiles, “It will be verified as we develop a lot of trust.”
Trump was confident Kim would allow U.S. and international inspectors to enter the country and check on whether the North Koreans were really getting rid of their nukes and missiles as he said Kim had promised. “He was very firm, in fact, he really wants to do this.”

No Definite Agreements Made

Despite all the assurances and promises, however, the uncertainties were obvious. In fact, he and Kim had reached no definite agreement on anything.
That was clear when he said, “Sanctions will remain in effect,” meaning North Korea would have to show evidence of having begun to denuclearize. In the end, he said, it would take perhaps 15 years for North Korea to have cleared away its entire program. Kim, of course, is not likely to live up to any of his promises while clinging to the North’s nuclear complex at Yongbyon, 60 miles north of Pyongyang, where a plutonium reactor has provided what’s needed to produce 40-60 warheads. North Korea also has nuclear facilities and storage areas in caves and tunnels around the country.

What Happens to American Troops?

Just as unresolved as the sanction issue is that of the 28,500 American troops in the country, many now headquartered at Camp Humphreys in Pyongtaek, 40 miles southwest of Seoul, as the U.S. moves out of the Yongsan base in Seoul and pulls back from Camp Casey at Dongdaechan.
“I want to bring our soldiers back home,” said Trump, harking to a wish he had voiced during his presidential campaign. But, he added, “That’s not part of the equation right now.”
Nonetheless, he added, “We will be stopping the war games” unless or until it’s clear North Korea is not denuking “as it should.”

That announcement shocked both American and South Korean military people who value joint exercises as an opportunity to test their skills and get used to coordinating with each other. It was clear Trump was likely to clash with Jim Mattis, the secretary of defense, while yielding to pressure from North Korea, which objects strongly every time American and South Korean troops engage in joint exercises. Most recently North Korea protested “Max Thunder,” a joint U.S.-South Korean exercise last month featuring warplanes from both countries.
Trump appears sure to clash on the defense of Korea with both U.S. and South Korean generals. None of them had heard of plans for canceling any war games, which Trump described as “provocative and expensive.”

We save a fortune by not doing war games, as long as we are negotiating in good faith – which both sides are!

A spokesman for U.S. Forces Korea said there had been no “updated guidance on execution or cessation of training exercises” while U.S. and South Korean commanders plan a joint exercise in August called “Ulchi Freedom Guardian” involving thousands of troops. A spokesman for U.S. Forces Korea said “we will continue with our current military posture” while a South Korean official at the national security office at the Blue House said there had been “no change at all.”
Kim Jong Un, before taking off aboard an Air China plane in the evening, avoided any comment beside the pleasantries that he had exchanged with Trump when they met in the Capella Hotel on secluded Sentosa Island, off the main Singapore island, but he had triumphed by making certain the document that he signed with Trump did not go beyond generalities.

He did, however, agree on one point that Trump had wanted — that American search teams could look for the bodies of about 6,000 U.S. troops still listed as missing in action from the Korean War. Trump said that relatives of the missing had often approached him asking what he might do to revive the searches for the remains. Over the years American search teams have visited North Korea in search of remains, but the North Koreans have objected to search requests tensions rose.
Throughout his remarks, Trump gave the impression the process of denuclearization of the North would move at almost lightning speed. Kim, he said, might even begin “as soon as he arrives” back in Pyongyang. “We have to get things moving fast,” he said, blaming his predecessors in the White House for failing to resolve the problem.
“It would have been much easier years ago,” he said, but “we haven’t given up anything.”
About the Author
Donald Kirk has been a columnist for Korea Times, South China Morning Post, and many other newspaper and magazines. He wrote this for InsideSources.com.

Google Slants Elections. When Will It Defend Democracy?