Google Slants Elections. When Will It Defend Democracy? 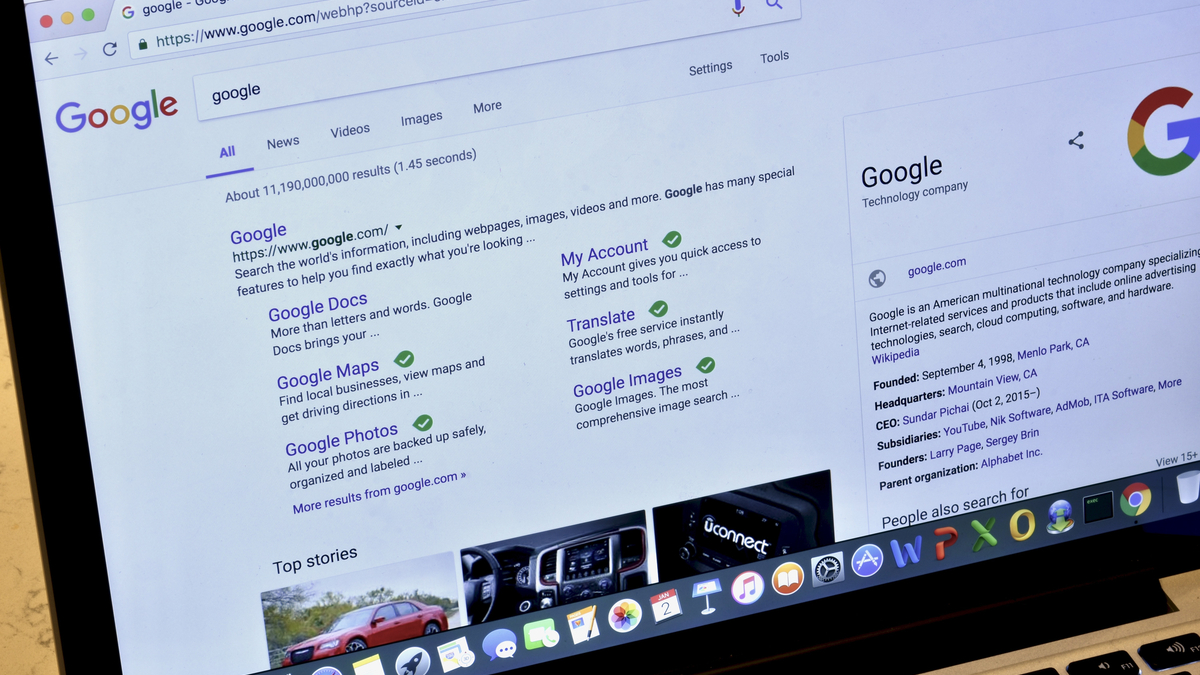 As the 2018 midterm elections approach in the U.S., Google’s power to influence undecided voters remains overshadowed by Facebook’s personal data crisis.
Facebook has “taken it on the chin” for its role in the 2016 presidential election, and organizations like the political consulting firm Cambridge Analytica and the Russian troll farm known as the Internet Research Agency have dominated headlines. Yet, despite having a troubling history and collecting more personal data through more products than Facebook, Google has somehow managed to evade the public spotlight on this one. That may be changing.

The U.S. Senate Judiciary Committee recently sent Google a letter asking a series of questions about the company’s personal data protections. As one of the researchers who helped discover that search engines can substantially influence users’ voting preferences, I found the last question to be the most intriguing: “Are you aware of any foreign entities seeking to influence or interfere with U.S. elections through your platforms?” If Google’s response to this question exists, it has not been made public.

Since 2013, I’ve been involved in the design and execution of a long series of experiments that have demonstrated how search engines can influence undecided voters’ candidate choices through nearly undetectable manipulations to search rankings. We labeled this powerful new form of influence the search engine manipulation effect.
The way this effect works is simple: Favoritism for a particular candidate in election-related search rankings leads to people preferring that candidate. For example, a search related to an upcoming election might return results favoring candidate A higher than results favoring candidate B. That’s called partisan ranking bias. Since people tend to click on and trust highly ranked results, more people will then trust and consume the information supporting candidate A. In turn, that consumption increases their preference for candidate A.
The most important aspect of this effect, however, is that most people can’t detect the partisan ranking bias – and it’s virtually impossible to defend yourself from influences you can’t perceive. Fortunately, in three follow-up experiments, involving 3,600 participants, we demonstrated that alerting people to partisan ranking bias can help suppress the effect – though only laws or regulations actually preventing partisan ranking could eliminate the effect entirely.

Why Focus on Google?

Google handles more than 60 percent of internet search activity in the U.S., and nearly 90 percent worldwide. Every year, this translates to trillions of queries related to people’s private thoughts, concerns and questions.
With respect to news, search engines are a bigger source than social media. Although an often cited 2016 Pew study found that a majority, 62 percent, of U.S. adults got news on social media, the devil is in the details. If you unpack that statistic, you’ll find that 18 percent do so “hardly ever.” Added to the 38 percent of Americans who “never” got news on social media, the same study suggests that social media is a negligible source of news for 56 percent of Americans, also a majority.

Think about it: When you need to fact-check something or learn more about a topic, what do you do? You Google it. This fact is supported by a recent international survey that found that 74 percent of participants reported using search engines to fact-check information they found on social media. The same survey found that 68 percent reported that the information they found while searching was “important to influencing their decisions about voting.”

What Does Google Think?

Google’s executives rarely make public responses to critiques of its search system. But in 2015, my mentor at the time Robert Epstein published an article in Politico – entitled “How Google Could Rig the 2016 Election” – and that did the trick. Google’s head of search at the time, Amit Singhal, responded with his own article, calling Epstein a conspiracy theorist, stating that “there is absolutely no truth to Epstein’s hypothesis that Google could work secretly to influence election outcomes” and that “Google has never ever re-ranked search results on any topic (including elections) to manipulate user sentiment.”
Singhal’s first claim is hard to believe, unless you dismiss our research, our replication, and the independent research built on our findings. Search engines do have the capacity to shift people’s opinions, including who to vote for.
His second claim, that Google “never ever re-ranked search results,” also doesn’t quite hold up: The EU recently fined the company $2.7 billion for ranking its own services higher in search results than its competitors.

Another one of the Judiciary Committee’s questions to Google also struck a chord with me: “How do you monitor the ability of foreign entities to influence and interfere with U.S. elections?”
This question struck me because I’ve been developing systems for exactly this purpose – preserving search rankings and analyzing them for systematic differences – for several years. In the course of this work, however, I’ve come to believe that freeing the democratic process from technologically enabled influences is virtually impossible without the cooperation of modern tech giants.
Facebook is now offering to collaborate with academic researchers who can measure and perhaps lessen or prevent undue influence on elections, and Twitter is doing something similar. Related efforts are also bringing transparency to other platforms like YouTube and Reddit. When will Google get on board?
At an upcoming conference, I will present the latest system I’ve been designing with Christo Wilson, a leading scientist in the field of algorithm auditing, for monitoring search rankings for partisan bias. With a little assistance from Google, no more than Facebook is offering, accurately monitoring or preventing search engine influence in the 2018 elections is actually a feasible goal. Without the company’s help, things look bleak.
Although Google is an advertising business, its core is composed of creative and intelligent individuals who care deeply about the impact their work has on the world. This is evidenced by the recent letter signed by more than 3,100 Google employees protesting the use of their work in warfare technology. Nearly a dozen Google workers went so far as to resign in protest.
Perhaps the day is fast approaching when Google will step up, as Facebook, Twitter and Reddit have, to help defend democracy from the new world of computational propaganda. Perhaps there is already a letter circulating internally and gathering signatures. With state and federal primary elections already underway, let’s hope so.

Correction: This article was updated on June 11, 2018, to correct the description of Robert Epstein.
Ronald Robertson, Ph.D. Student in Network Science, Northeastern University
Disclosure: Ronald Robertson is supported in part by National Science Foundation grants IIS-1408345 and IIS-1553088. Any opinions, findings, and conclusions or recommendations expressed in this material are those of the author and do not necessarily reflect the views of the NSF.
This article was originally published on The Conversation. Read the original article.