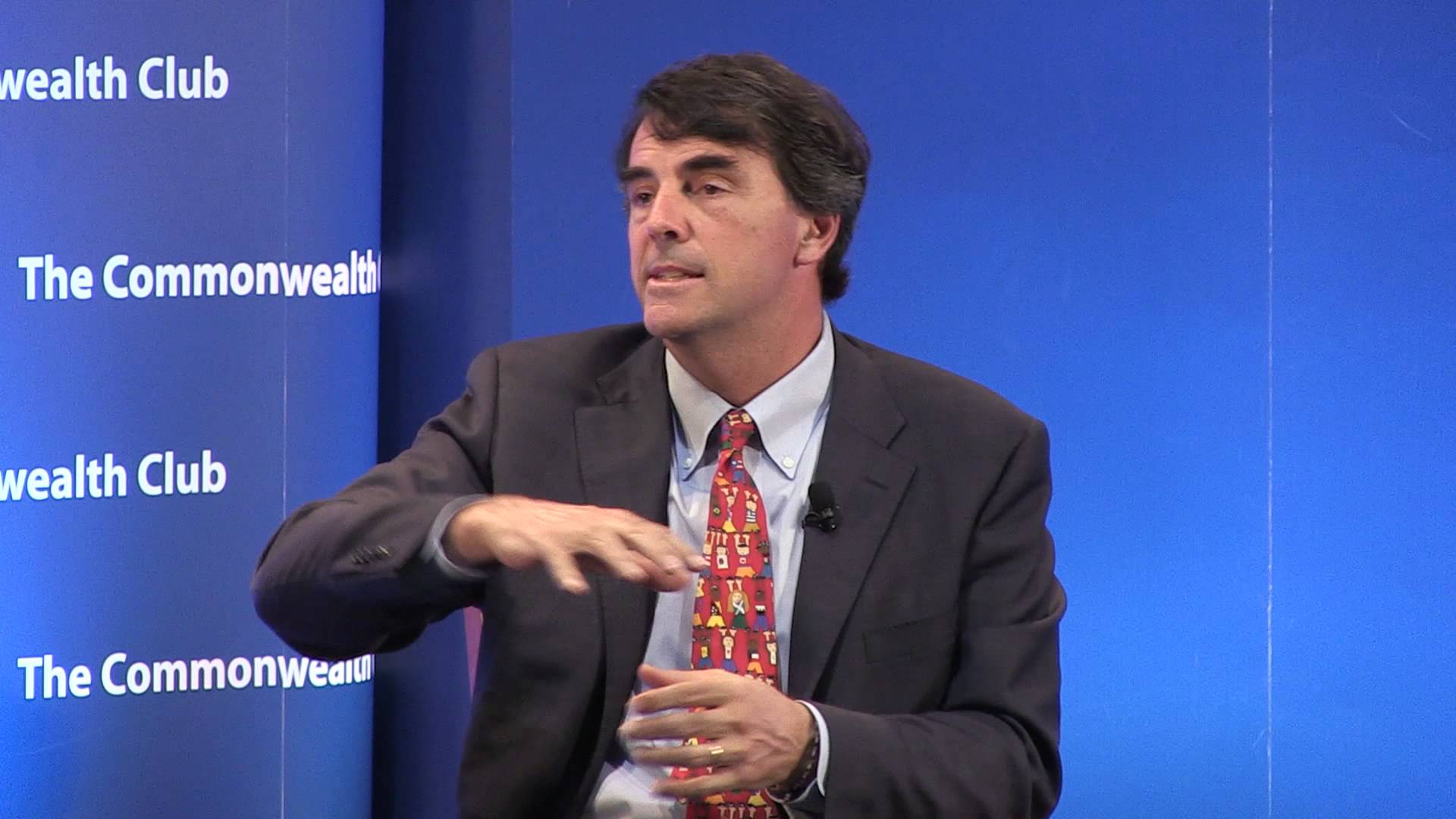 Inspired by what Robin Williams said about cocaine, pardon me for stating the obvious: Ballot measures are God’s way of saying that Tim Draper is making too much money.

Draper is the billionaire behind the latest proposal to break up California. In fact, he’s a serial offender when it comes to this ridiculous idea.
But this time — unlike 2012 and 2014 when his self-funded “six states” scheme failed to make the ballot — the venture capitalist’s half-baked “three states” initiative qualified for the Nov. 6 election. When you pay $3 a signature to petition circulators, they are motivated to get people to sign anything.
Draper was born rich and has gotten richer. In fact, he’s a third-generation venture capitalist.
“(Draper) often is identified as an early adopter of ‘viral marketing’ in the 1990s and was an early investor in technology companies like Skype and Hotmail. Recently, Draper has been an outspoken advocate for cryptocurrencies like Bitcoin,” reported the Los Angeles Times’ John Myers.

Here’s what the #California split would look like, per @LATimesGraphics: pic.twitter.com/3gU8ZiztJd

We can deduce then that Draper is well-versed in technology and finance and has a keen eye, at times, for identifying future trends.

It’s All About the Water, Mr. Draper

However, it’s equally apparent that he doesn’t know squat about water, politics, infrastructure or water.
While Bitcoin may be Draper’s future, water is California’s past, present and future.
We don’t have nearly enough of it. Moreover, 75% of the state’s annual rainfall occurs north of Sacramento, but 75% of the water consumption is in the south.
Splitting the state up, in the manner that Draper proposes, will put the 40 counties of his “Northern California” in the driver’s seat on water.
Good luck with navigating the future on this always contentious issue. I’ll be 65 years old in December. Perhaps I should become a water lawyer. I might make enough to then become a venture capitalist.

Draper is a salesman at heart, dismissing any serious complications with a wave of his hand. Last year, in an email to the Los Angeles Times, he provided this justification for Draper’s Folly:
“Three states will get us better infrastructure, better education and lower taxes. States will be more accountable to us and can cooperate and compete for citizens.”
Draper also has said, “If you were going to start a new state today, it wouldn’t look anything like what we have. This is a chance for three fresh new approaches to government. … Three new states could become models not only for the rest of the country but for the entire world.”
Smart voters, however, should fact-check Draper’s claims against the realities presented in last year’s “Splitting California” report from California’s nonpartisan legislative analyst, Mac Taylor, and state finance director Michael Cohen.
In a nutshell, Draper’s initiative is a disaster. It would create one super-state, Northern California, which would have water and wealth, along with lots of income from taxes, to fund a new government. It also, Taylor writes, would have “the highest number of UC campuses and UC enrollment, as well as the highest number of CSU campuses. . . .”
Nothing like the rich getting richer, right?
Did I mention that Draper lives in Silicon Valley, which would be in Northern California?
Trust me, this guy wants to take care of himself.

The new “California” comprises six counties — Los Angeles to Monterey. The new “Southern California” — Madera County south to San Diego County — would have lots of poor people, lots of prisons and pockets of great wealth.
Southern California, bolstered by the conservative heart of the state and Orange County, also would have lots of Republicans (33.1% compared to 36.5% Democrats) who are high-propensity voters. Draper might want to rethink the name and call it “Trumpifornia.”
Even if voters are crazy enough to pass it, the initiative would have to clear state constitutional questions and get the approval of Congress.

We Are Not Civil War Virginia

The last time a state split was in 1863. West Virginia broke off from Virginia because it wanted to remain in the Union during the Civil War.
“When West Virginia separated from Virginia, court cases related to the states’ debts persisted for about 50 years. Some of the legal and practical issues of splitting up California suggest there is a high likelihood that the process would take many years to complete,” said Taylor and Cohen.
California has its challenges, but nothing like those faced by Americans during the Civil War.
In addition, California is the most complicated state in America. In fact, it’s virtually a nation-state with its nearly 40 million people and the world’s fifth-largest economy.
If Draper wants to help, he should invest in California. The real one.
But there could be a silver lining in his crazy idea. Unless California’s leaders address the state’s pressing problems, they will continue to face CalExit and break-up efforts.
Are you paying attention, Gavin Newsom?