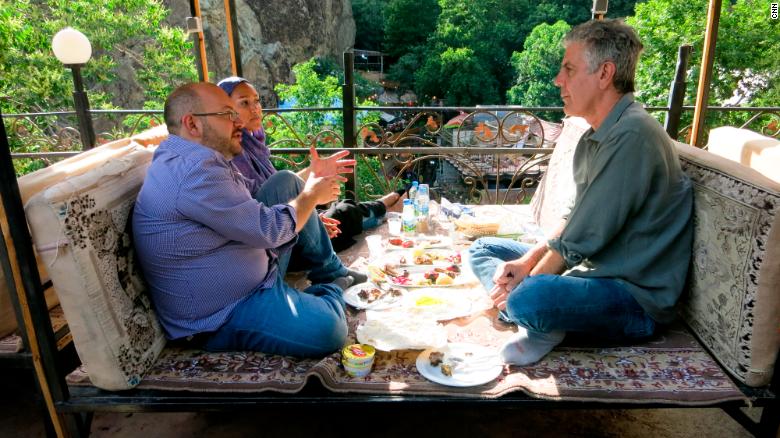 In our news meeting this morning, we held a moment of silence for Anthony Bourdain and then talked about his gift for bringing people together.
His death Friday by suicide affected me greatly, and I’d like to share with you why. 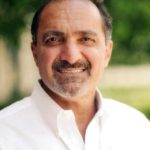 The globetrotting chef and storyteller used food as a way to connect cultures. He was the ultimate statesman, an unofficial roving ambassador for the United Nations.
He saw the world through a lens of mutual respect and an appreciation for the world’s diversity.
My hope is that more of our leaders — whether they be in politics or business — will embrace his curiosity and his love of people. Bourdain always cut through the politics of government and media and helped us understand that we are all children of the same planet and God.

Walk In Someone Else’s Shoes

His message: We should never let fear stand in the way of learning and understanding. We should celebrate our diversity — not run from it or let us ourselves become prisoners of those who use fear to divide.
“If I am an advocate for anything, it is to move. As far as you can, as much as you can,” Bourdain once said. “Across the ocean, or simply across the river. Walk in someone else’s shoes or at least eat their food. It’s a plus for everybody.”
Through his television shows, he educated Americans and people throughout the world. I can’t imagine how many times people watching “Parts Unknown” turned and said, “We have to go there!”

Bourdain Showed Iran As It Really Is

When he went to Iran, the country of my birth, he chronicled the love that Iranians have for America and the Iranian passion for welcoming people into their homes. He showed how important it is to Iranian families to treat their guests well — a slice of life that the U.S. media rarely, if ever, shares in their reports.
“What we saw, what we came back with, is a deeply confusing story,” Bourdain said. “Because the Iran you see from the inside, once you walk the streets of Tehran, once you meet Iranians, is a very different place than the Iran you know from the news. Nowhere else I’ve been has the disconnect been so extreme between what one sees and feels from the people and what one sees and hears from the government.”
To say it simply, Bourdain humanized Iranians. And for that, I’m forever in his debt.

Mental Health Is a Worldwide Challenge

I’m not alone in missing him. President Obama shared his memories Friday on Twitter.

“Low plastic stool, cheap but delicious noodles, cold Hanoi beer.” This is how I’ll remember Tony. He taught us about food — but more importantly, about its ability to bring us together. To make us a little less afraid of the unknown. We’ll miss him. pic.twitter.com/orEXIaEMZM

And racing legend Dale Earnhardt Jr. reminded us to reach out to friends, co-workers and neighbors who appear to be struggling with depression or mental illness.

Saddened about #AnthonyBourdain. Depression and mental illness can affect anybody. Someone you know could be struggling. Don’t underestimate your ability to help them.
National Suicide Prevention Lifeline: 1-800-273-8255https://t.co/2oUF7CnJQA

We always underestimate the impacts of mental health challenges. Sometimes they accompany us when we’re born. Sometimes they are the inevitable result of trauma from war, living with a violent family member or becoming a refugee.
We all have an important role to play in improving the mental health of those near and those across the oceans. It can be as simple as lending a caring ear or donating to mental health research. And electing leaders who fully understand the ramifications of war — both on our soldiers and the civilians in war-devastated countries.
I never met Anthony Bourdain in person.
He was my friend and hero just the same, and I will miss him.