Forget National Dysfunction. America's Cities Are Blooming. Fresno Among Them. 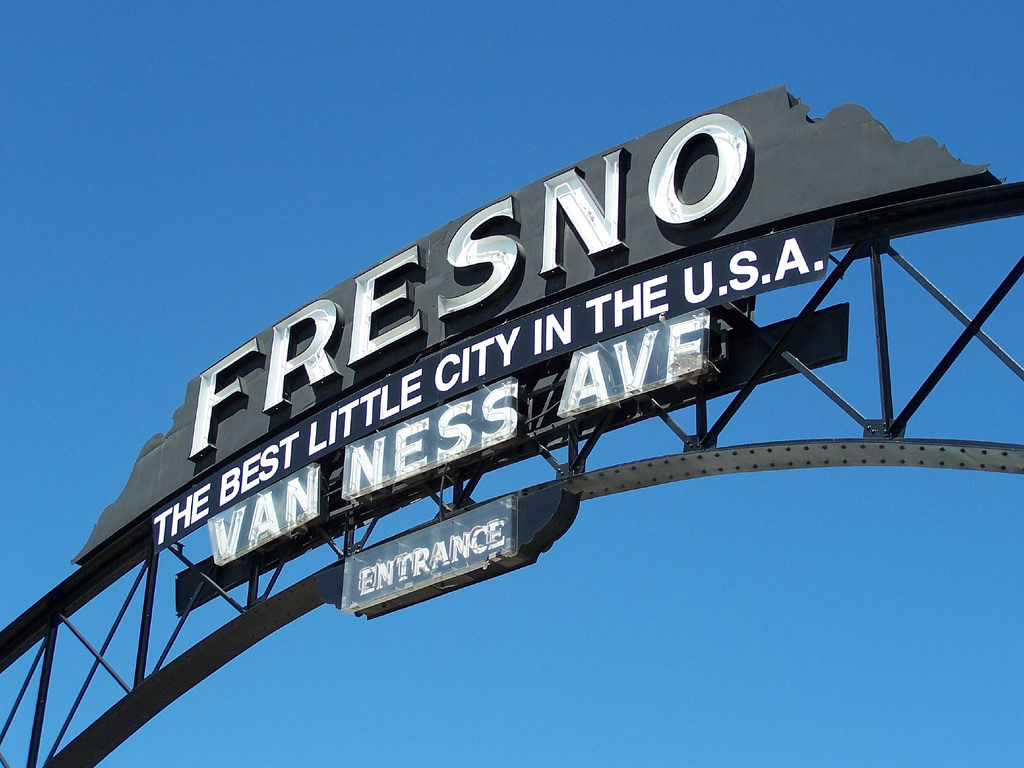 You might remember that James and Deborah Fallows spent considerable time in Fresno as part of their five-year, 100,000-mile “journey into the heart of America.”
James Fallows, a correspondent for The Atlantic, met with then-Mayor Ashley Swearengin, interviewed local people and praised the Tower District, writing in an article that  “you could be in Brooklyn or Berkeley or hip D.C.”
Now the Fallowses’ book, “Our Towns,” is out, and it has captured the attention of New York Times columnist and author David Brooks. “Most of the cities tell a redemption story about themselves. They had a booming industry; it collapsed; now they are rebuilding with new industries and new wealth.” — David Brooks

Brooks describes himself as a “Whig,” an American political party that disappeared after peaking in the 19th century.
“If progressives generally believe in expanding government to enhance equality, and libertarians try to reduce government to expand freedom, Whigs seek to use limited but energetic government to enhance social mobility,” Brooks writes in his May 14 column for The Times.

What does that have to do with Fresno and the other cities profiled in “Our Towns”?
“Over the past five years, the Fallowses piloted their own small plane to dozens of cities, from Eastport, Maine, to Redlands, California,” Brooks writes. “They found that as the national political climate has deteriorated, small cities have revived. As the national scene has polarized, people in local communities are working effectively to get things done.
“Their book is a group portrait of 42 of these success stories. To anybody with a Whig mindset, the tales have a familiar ring.
“Most of the cities tell a redemption story about themselves. They had a booming industry; it collapsed; now they are rebuilding with new industries and new wealth.” Brooks adds: “In Fresno, California, the misbegotten pedestrian mall that crushed downtown development was bulldozed, and now there are human-size streets that encourage visits and activity.
“A second common thread for these cities was that they were often led by business leaders who were both entrepreneurial and civically minded. In these places if you become successful, it is expected that you will become active in town life.”

Brooks cites other common threads of cities on the rebound. They have strong vocational schools and community colleges, strong entrepreneurial civic institutions, impressive library systems, and mayors who focus on the job at hand — not using the office as a stepping stone to higher office.
Writes Brooks: “Today, in this era of local renaissance and national apocalypse, I hear people wondering if maybe America can be like Italy — dysfunctional on the national level but with strong localities and a lovely lifestyle.
“I don’t think so. Local improvement can go only so far when national politics is a meat grinder. … We just need to take these civic programs and this governing philosophy and nationalize them.”
You can read Brooks’ entire column at this link.
You can read James Fallows’ City Makers: American Futures blog posts at this link.

Feel the Burn? STDs at All-Time High in California.