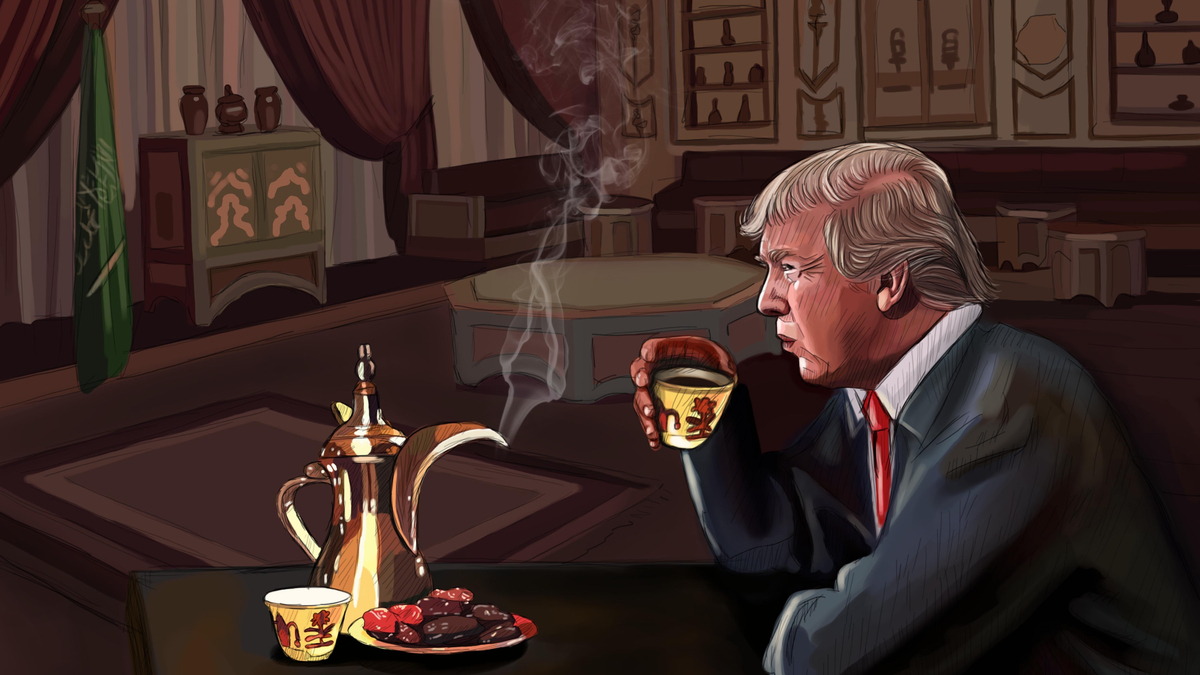 Closing our borders isn’t going to stop terrorism or prevent terrorists from attacking our country. The bad guys don’t follow the laws and rules that govern our nation — remember, they are criminals.  Do you believe that a man who detonates a bomb in a concert hall or shoots up a nightclub obtained his weapons legally? The only way to stop terrorism is to obliterate the source of terrorism.
Who are the exporters of terrorism in the world?

Trump and U.S. Are in Bed With Saudi Terrorists

President Donald Trump says that the “Iranian Regime is the leading state sponsor of terror.”
But if you look closer, you’ll see that Saudi Arabia poses even greater dangers. That’s because Saudi Arabia uses a religious movement called Wahhabism to dominate its people and the Middle East. Saudi Arabia has designated Wahhabism as its official sect. The Saudi government withholds its natural resources and denies human rights under this religious law.
And Wahhabism believes in the extermination of other religions and people who don’t abide by the Wahhabi theology.

Wahhabis have gone to great lengths to rid the world of what they consider to be corrupting influences. Just one example: Saudi Arabia is starving millions of people in Yemen with a blockade that is making it virtually impossible for humanitarian aid to enter the war-torn country.
The question is, why would the U.S. support an ally – Saudi Arabia — that is dangerous to its own people and the world?
Click on the video above to learn much more.