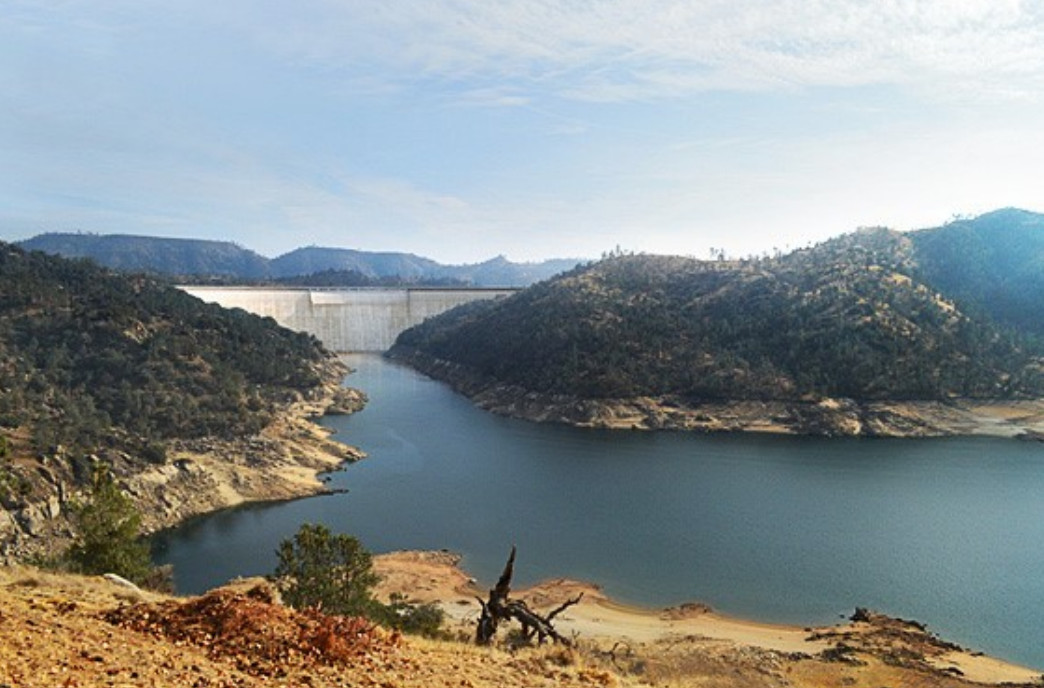 Although never mentioned by name, Kristal Davis Fadtke became the villain in the eyes of a roomful of ticked-off politicians. 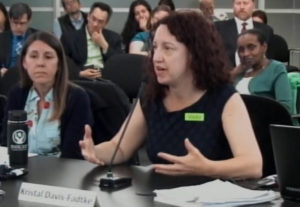 Kristal Davis Fadtke
Last Friday (May 4), a bipartisan group of Central Valley politicians lined up at the podium to let the world know how angry they were about the paltry funding awarded for their project.
The California Water Commission went with staff’s recommendation to grant the Temperance Flat Reservoir $171 million dollars. That’s only 16% of the more than $1 billion they sought from Proposition 1 dollars.
The speakers put much of the blame on the staffer who scored the project low on a key benefit that determined the overall award.
That staffer is Davis Fadtke, supervisor of the Water Storage Investment Program with the state Department of Fish and Wildlife.
Davis Fadtke presented the findings to the commission at its May 1-3 meeting in Sacramento. She was one of 14 reviewers on the project.
Her department said that their funding recommendation met the letter of the law.

A day after the May 3 vote, where the commission accepted the staff’s findings, a group of Temperance Flat supporters talked to the media at Fresno City Hall.
The group included Republicans and Democrats from the local, state and federal levels.
“The process that was used by the staff, in terms of the scoring and rating, I believe was flawed,” Congressman Jim Costa (D-Fresno) said. He felt the project didn’t get enough credit for environmental protection.
Assemblyman Jim Patterson (R-Fresno) accused Davis Fadtke of collusion with environmental groups.


“I personally witnessed a mugging by the commission.” —Fresno County Supervisor Buddy Mendes
“We got denied over blind bias. I think the staff report of this particular individual was written or at least included all kinds of input from NRDC (Natural Resources Defense Council) and from Sierra Club. We were not asked significantly to come to the table with an alternative approach to this. Because every time we ask, there isn’t one to satisfy what we want,” Patterson said.
Fresno County Supervisor Buddy Mendes put it bluntly: “I personally witnessed a mugging by the commission. … They gave their responsibility away to the Fish and Wildlife service who had a license to steal.”

Fish and Wildlife responded to GV Wire on behalf of Davis Fadtke. It said that the law was strictly followed in formulating the recommended funding awards.
“We understand the concern and passion voiced by supporters of Temperance Flat and other proposed water storage projects. We share the desire to see as many storage projects as possible receive Proposition 1 funding,” spokesperson Jordan Traverso emailed to GV Wire.
“Department staff followed the regulations and statutory direction of Proposition 1 in its review of Temperance Flat and all other projects. Staff reviewers have been transparent in how they arrived at their recommendations. There is no basis for suggesting otherwise.”

Devil is in the Details

Voters approved Prop. 1, the Water Quality, Supply, and Infrastructure Improvement Act of 2014, with 67% of the vote. Many supporters touted money for water storage projects, especially in the Valley.
However, Prop. 1 changed the Water Code. Specifically, Chapter 8, Section 79756 (b) which reads:
“No project may be funded unless it provides ecosystem improvements as described in paragraph (1) of subdivision (a) of Section 79753 that are at least 50 percent of total public benefits of the project funded under this chapter.”

The staff report broke down the public benefits (Appeal Response, see page 7) into five different categories, attaching a monetary recommendation with it. The breakdown:

Initially, the staff recommended $0 for the recreation component; the commission added $100 million by a 5-1 vote.
Despite the $500.7 million recommended, only $171 million (double the ecosystem funding of $85 million) applied toward Temperance Flat’s funding.
The area that held back Temperance Flat was the $0 for the salmon, a view many supporters vigorously disagreed with.
“Temperance Flat applicants were not able to demonstrate a net ecosystem benefit that could be substantiated by staff as required by Prop. 1,” DFW’s Traverso said. “While not as much as the applicants were seeking, it still shows the state is willing to be an investment partner.”
Mario Santoyo, executive director of the San Joaquin Water Infrastructure Authority (which oversees the Temperance Flat effort), said that if the bond had passed when initially proposed in 2009, the project wouldn’t have funding problems. In the interim, a Democrat (Jerry Brown) replaced a Republican (Arnold Schwarzenegger) as governor.
Santoyo said lawmakers added the section that Davis Fadtke and her staff used to score the salmon public benefit in 2014. That compromise legislative language was necessary to get the proposition on the ballot.
It also led to the low ecology score.
[Update, 5/11/18: Doug Obegi, attorney with NRDC, said the 2009 version of the bond language did not change. “Proposition 1 included identical language to the 2009 proposed water bond regarding ecosystem benefits of water storage projects.” Obegi, as well as Santoyo, testified at the California Water Commission.]

Police Lineups Are Flawed. Can They Be Fixed?