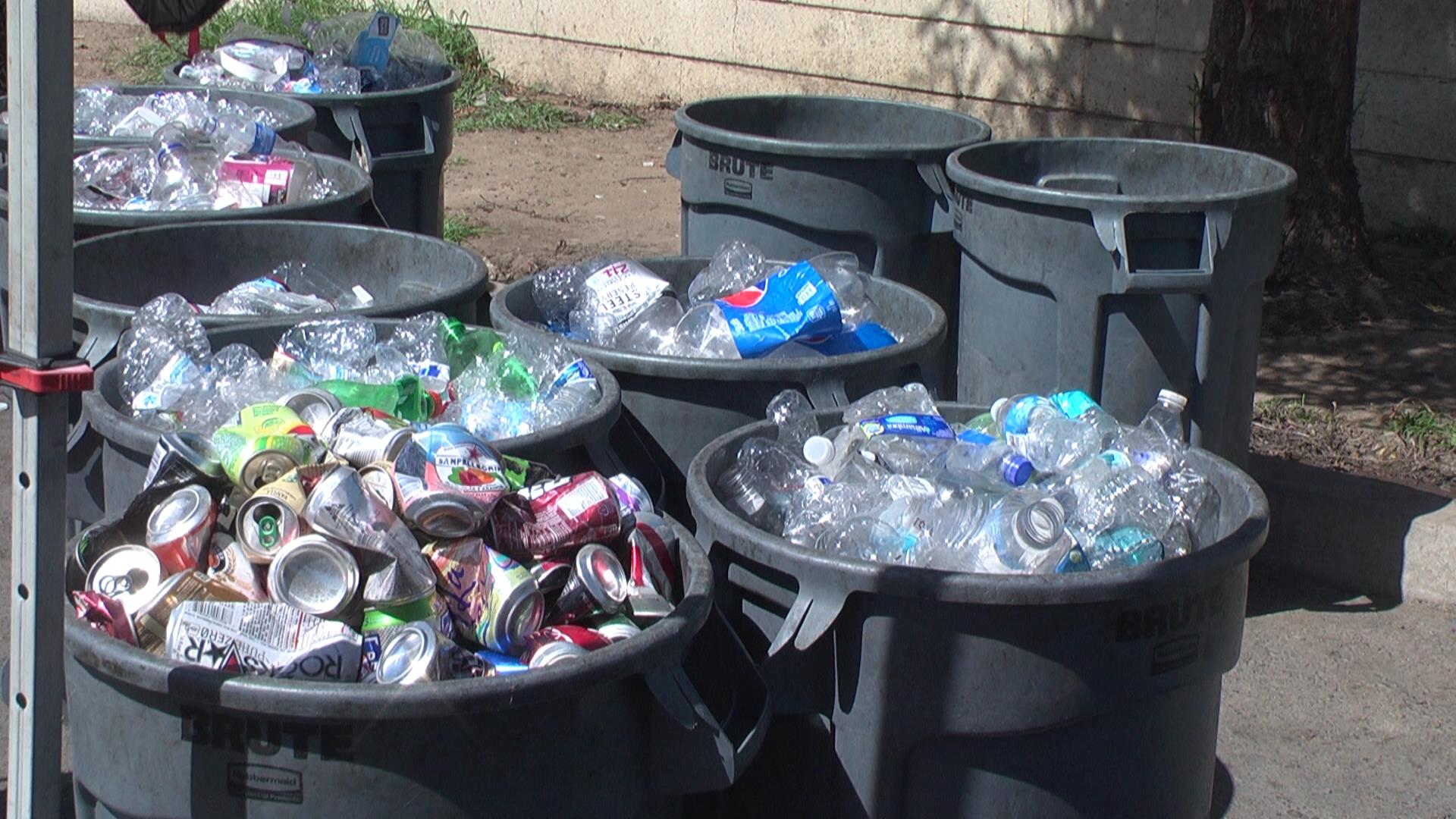 Recycling in Fresno parking lots will continue — despite an attempt to regulate the centers out of existence.
A Fresno County Superior Court judge has invalidated a city ordinance that would limit, if not outright close, numerous recyclers operating in the city.


The ordinance had the support of Mayor Lee Brand and Police Chief Jerry Dyer.
Last year, the Fresno City Council voted 7-0 to enact regulations on recyclers out of a belief that the centers were a nuisance and attracted crime. The ordinance restricted recyclers to operating inside grocery stores.
Councilmen Paul Caprioglio and Oliver Baines carried the motion to their colleagues. Caprioglio argued at the time that crime gravitated toward recycling centers. The ordinance had the support of Mayor Lee Brand and Police Chief Jerry Dyer.
Recycling companies worried the ordinance could close 16 of the 22 operations within Fresno. The California Grocers Association balked at the idea of bringing the recycling operations indoors. Many of the city’s recyclers operate behind stores or somewhere in the parking lot.
State law mandates that stores take back the bottles and cans it sells. If not, they face a $100 per day fine, or $36,500 a year. During the council debate, some major stores like Save Mart said they would take the fine rather than allow recycling inside its stores. Others like Grocery Outlet said both options (fine or in-store recycling) would ruin them.
If enacted, recyclers would also be required to obtain Conditional Use Permits and have to operate in a permanent structure (thus the required move inside).
The judge’s ruling eliminates the ordinance’s May 18 start date. Recyclers can continue operating as normal.

Fresno County Superior Court Judge Jane Cardoza
The CGA filed suit in November shortly after Brand signed the ordinance. On April 30, Judge Jane Cardoza issued her 25-page ruling, which was mainly based on grounds that the city did not follow proper environmental review.
CGA attorneys argued that closing down recycling centers would have an environmental impact. They also said such closures violate the state’s recycling law, which requires recycling centers near grocery stores.
The city argued that the CGA was using the environmental law, CEQA, for their own personal benefit. The city additionally argued that curbside recycling is an option, and the state recycling act allowed it to regulate recycling in the city.
Cardoza sided with the grocers (read ruling here).
“Because there was no substantial evidence in the record to support the City’s finding that the amended ordinance would not have any significant effect on the environment, the City abused its discretion in determining that the common sense exemption applied to the ordinance.
“As result, the court hereby grants the petition for writ of mandate and orders the City to rescind its amended ordinance and conduct further proceedings in compliance with CEQA,” Cardoza wrote.

“We are pleased with the court’s ruling to rescind the ordinance that would have led to the closure of Fresno’s parking lot recyclers,” said Aaron Moreno, the CGA’s Senior Director of Government Relations. “It will save grocers and other retailers from having to choose between paying $36,500 per year or taking garbage back in the store as a result of there being no recycling center available.