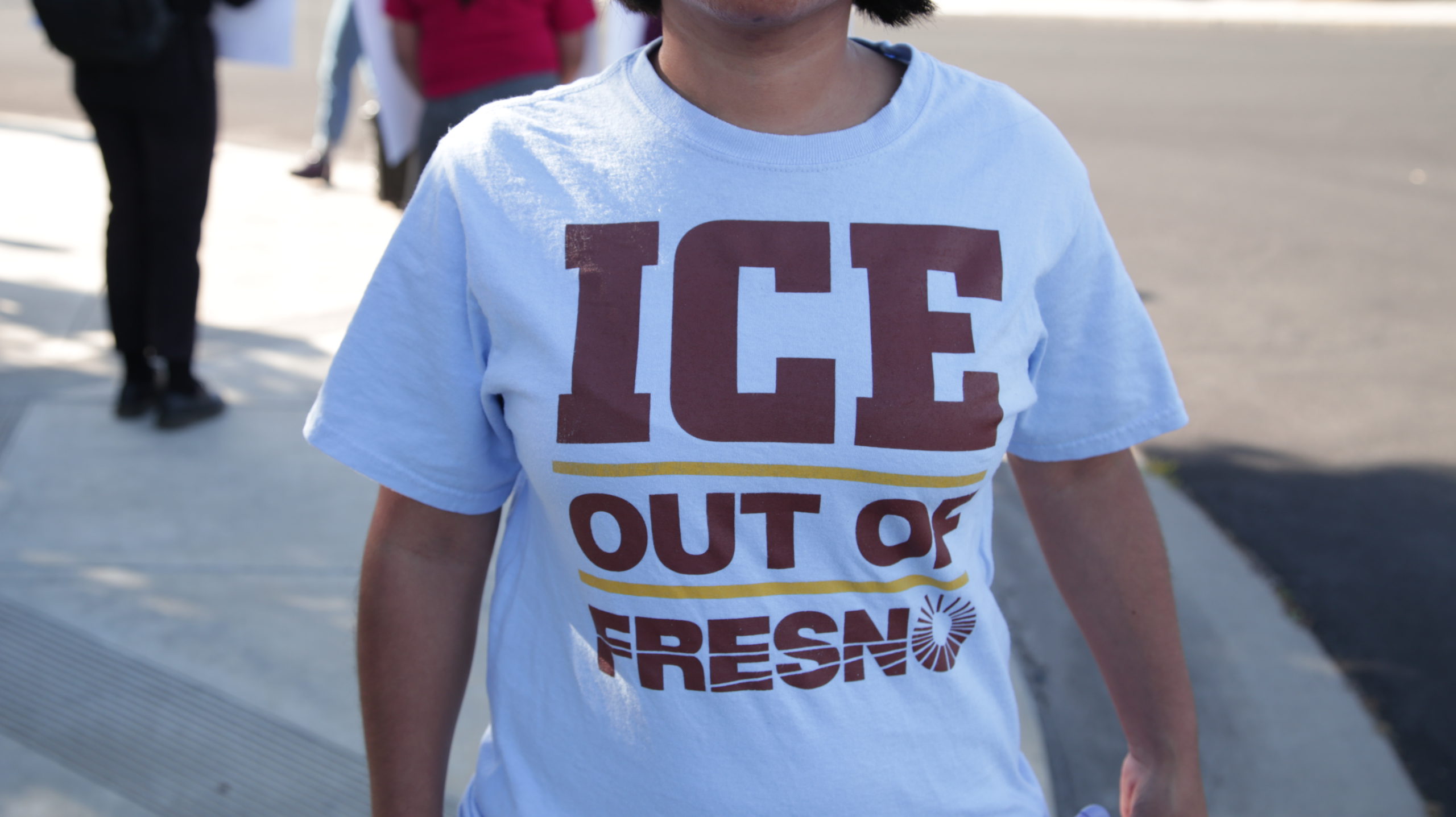 A group of elected lawmakers met secretly about how to deal with SB 54, the “California Values Act,” or as some call it, the Sanctuary State law.
Organized by Fred Vanderhoof, chairman of the Fresno County Republican Party, the group was supposed to meet at an office in north Fresno. When word circulated about the meeting in the Los Angeles Times, protesters organized to be there, too.

Vanderhoof would not say who else attended the meeting, opting to shield the identity of the elected leaders. He said he understands how the secrecy may appear, but that this is a different era.
“I want to protect the elected leaders from the hate that is out there,” Vanderhoof said of the private meeting.
Fresno County Supervisor Nathan Magsig said he dropped by for a half-hour near the start of the scheduled 5:30 p.m. meeting. Sheriff Margaret Mims also said she attended.
“The real story is that Republicans have to hide,” said one party member who did not want to be identified.

In March, Los Alamitos started a wave, mainly in the conservative areas of Southern California, to resist SB 54. That city in Orange County voted to exempt itself from the law. Other governments such as the Board of Supervisors of Orange and San Diego counties voted to join the federal lawsuit against California.
Last week, Porterville (Tulare County) voted against joining the lawsuit.
The goal Monday, according to Vanderhoof, was discussing strategies of what could be done in Fresno County.

Ten people gathered at the meeting’s original location in an office park near the corner of Ingram and Cromwell avenues. Organized by Jennifer Rojas of “Keep ICE Out of Fresno,” they set up across the street from the office, with an amplifier.
The group spent an hour holding signs and chanting slogans. Rojas said the goal was to hold elected officials accountable: “We are the people voting them into their positions and letting them know they are speaking for us. In this case, their efforts to speak for us do not reflect us at all.”