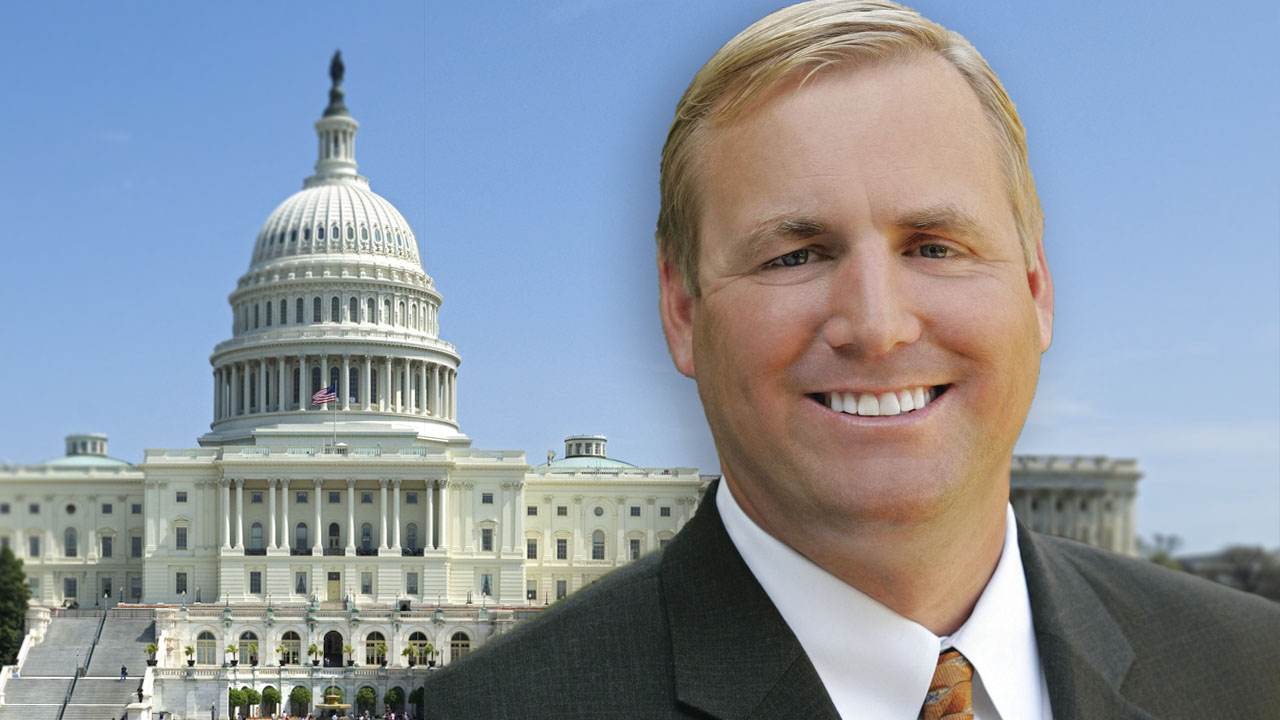 Congressman Jeff Denham hopes President Trump’s infrastructure plan will help expand Highway 99.
Speaking one-on-one with GV Wire, Denham talked about water, infrastructure and immigration. He also touched on his plan to help Californians protect special projects they approve.
While his district does not represent Fresno County (he has represented the area in the best before redistricting), the characteristics of the 10th District centered in Modesto and Fresno are similar.
To watch the full 12-minute interview, click above.

The Turlock Republican said infrastructure dollars go beyond just improving highways.
“Expanding our highways are important, especially with gas tax dollars going to both federal and state. We need to make sure we are using those dollars appropriately. We need to make sure we are using those dollars much quicker. We need to cut regulations. In this state, we have CEQA,” Denham said.
He felt that state and federal environmental regulations overlap and need to be streamlined.
Denham highlighted ports, railways and most importantly water storage projects as part of the federal package. He called the recent holdups of dam projects like Temperance Flat and Sites “very frustrating.”
Recently, the California Water Commission rejected all applications for water infrastructure funding.
“Now for (the state water agency) to pull the rug out from under us and say none of our projects qualify for the $2.7 billion (of voter approved bonds), I think is dishonest.”
Denham would like to see the creation of a water bank that he estimated could save billions of dollars.

When the Supreme Court provided a reprieve on the DACA program, it made the March 5 expiration date set by President Trump moot.
Does a lack of deadline pressure affect the way Congress handles the immigration issue?
“I’m certainly concerned about it. Congress operates best when there is a deadline. With immigration reform, there hasn’t been a deadline in decades,” Denham replied. “This is not something we can afford to punt to October.”
Denham remained consistent in his support for Dreamers.
“These Dreamers have done everything their government asked them to do,” he said. “If we want to have a strong economy, we need to solve this issue with our Dreamers. Also, it is the right thing to do.”
It is frustrating for Denham that immigration reform continues to drag along. He feels some bi-partisan progress is being made, but it is still too slow.

“I believe in the rule of law.”—Congressman Jeff Denham
Denham said he is against sanctuary cities and California as a sanctuary state.
“I believe in the rule of law. Our sheriffs here in the Valley work closely with all their counterparts at state, local and federal levels. To say that you are going to release a felon back in the community without alerting ICE and the federal authorities, I think it is just wrong for our community.”
He noted that baring cooperation actually endangers a community. “That means (ICE) goes out into the community, the house in a neighborhood, or maybe a hospital. ICE still has to do its job.”
“It is the wrong way to approach immigration and keep trust in the community.”

To make sure voter approved spending goes where it is meant to, Denham is advocating for his Voter Protection Act referendum on the November ballot.
“When you pass a water bond, that water bond should go exactly where voters approved it,” Denham said. “It will guarantee that our state dollars stay where they are supposed to be. It will allow us to leverage those dollars with federal dollars as well.”
Read more about the act here.

Denham is running for his fifth term in office, winning his first Congressional election in 2010. Multiple Democrats have filed to run against him. Michael Eggman, whom Denham defeated in 2016, and attorney Mike Barkley are the most prominent names.
The 10th District covers portions of Stanislaus and San Joaquin counties, with Modesto the largest city.