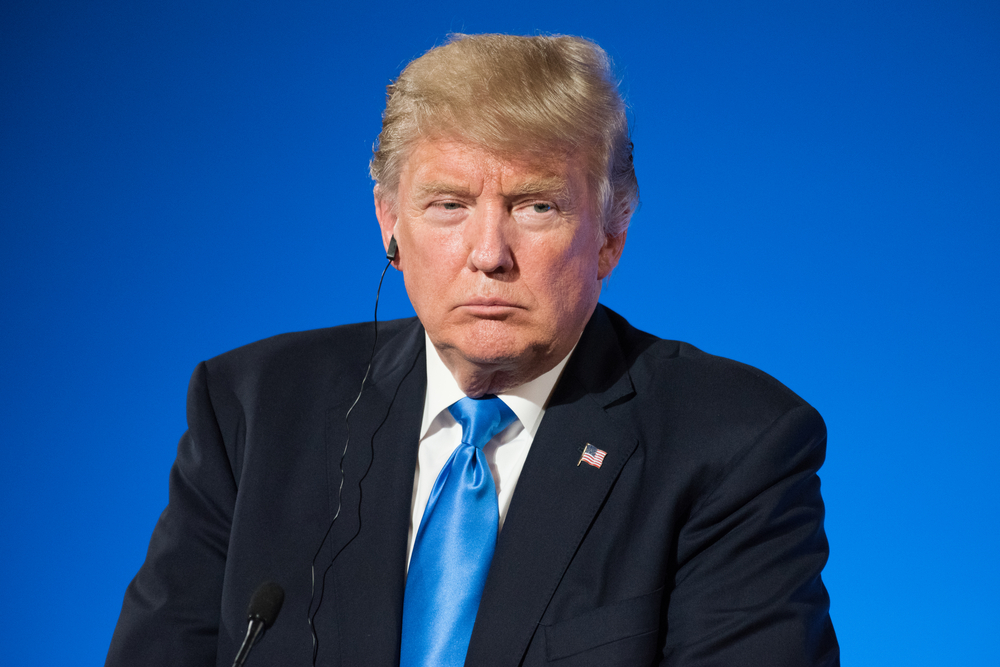 (Update, 3/08/18, 6p PT)
Tulare County Sheriff Mike Boudreaux’s office says he was not contacted by the White House, as GV Wire earlier reported.
Initially, his office said the sheriff “received notification of President Trump coming to the area.”
Ashley Ritchie, media specialist for the sheriff’s office, clarifies that Boudreaux just heard the same rumor others have around the state.

It has been widely reported that Trump plans to visit the Mexican border and Los Angeles for a fundraiser next Tuesday.
The California Highway Patrol Central Division, which would have a role in the president’s security, said they have not been informed of a possible Valley visit. The division includes Fresno and Tulare counties.
Chief Jerry Dyer has received no contact about a potential visit. A spokesman for Fresno County Sheriff Margaret Mims said that she has not been contacted either.
GV Wire reached out to various Republican Party insiders, but no one had knowledge of a potential Trump visit to the Central Valley.
The White House did not offer further details about the president’s itinerary, saying any definitive word would be released the prior day.

Fresno City Councilman Garry Bredefeld lashed out at City Manager Wilma Quan-Schecter at Thursday’s (March 8) meeting.
During his time for comments and reports, Bredefeld expressed anger that he did not receive a full document from city management regarding a list of real estate assets Fresno owns.
Bredefeld said he requested the document, created in 2015 for a city council presentation.
“What we got was a presentation given to council. What we didn’t get was the 40-page document that had the listings from all the assets from 2015 that was the strategic plan. So, we didn’t get all the information we requested,” Bredefeld told Quan-Schecter.
The city manager requested a private meeting to go over what Bredefeld wanted.
“It is my expectation that when I request things, I don’t need it screened by the city administration to get it,” Bredefeld said.
Quan-Schecter said nothing was screened and Bredefeld received everything she had. Bredefeld disagreed.
The city manager apologized for a possible miscommunication.
Watch video of the interaction above.

Congressman Jim Costa (D-Fresno) says state agriculture may be the retaliatory victim of President Donald Trump’s tariffs on imported steel and aluminum.
“American agriculture is always a target when it comes to international reactionary and retaliatory trade behavior. China, the European Union, Mexico, and Canada are all key markets for American agriculture products, and all have indicated that these new steel and aluminum tariffs will likely result in them raising similar protectionary tariffs on U.S. products.”
Costa hopes the tariffs (Canada and Mexico are exempt) would lead to bipartisan negotiation.
“The two parties appear to agree that these tariffs are misguided and unwise, so I call on members of both parties to come together in this agreement, put in the work, and create the policy Americans want, need, and deserve,” Costa said.

Recent reports indicate a pickup in contributions to gubernatorial candidate Antonio Villaraigosa, and some of it comes from Hollywood celebrities. Since the last reporting deadline at the end of January, Villaraigosa, the former mayor of Los Angeles, is appearing to pick up steam. His campaign is showing modestly stronger fundraising totals than front-runner Gavin Newsom – a difference of $714,684 to Newsom’s $713,050.
While this may seem like an incredibly minor victory, the difference is more substantial when considering the fact that Newsom’s fundraising totals over the course of the race more than double Villaraigosa’s.
In addition to showing star power contributions from producers like Steve Bing and Peter Chernin (“Black Panther”), California’s Secretary of State reported a $5,000 donation to Villaraigosa from “Rocky” franchise star Sylvester Stallone.
According to the Secretary of State’s office, Stallone had donated only once previously – a 2005 contribution of $15,000 to fellow action actor Arnold Schwarzenegger’s gubernatorial reelection campaign.
GV Wire’s Drew Phelps contributed to this report.
Related Topics:Donald TrumpFresno visitGarry BredefeldGavin NewsomJerry DyerMargaret MimsPeter CherninRep. Jim CostaSheirff Mike BoudreauxSylvester StallonetariffsTulare
Up Next