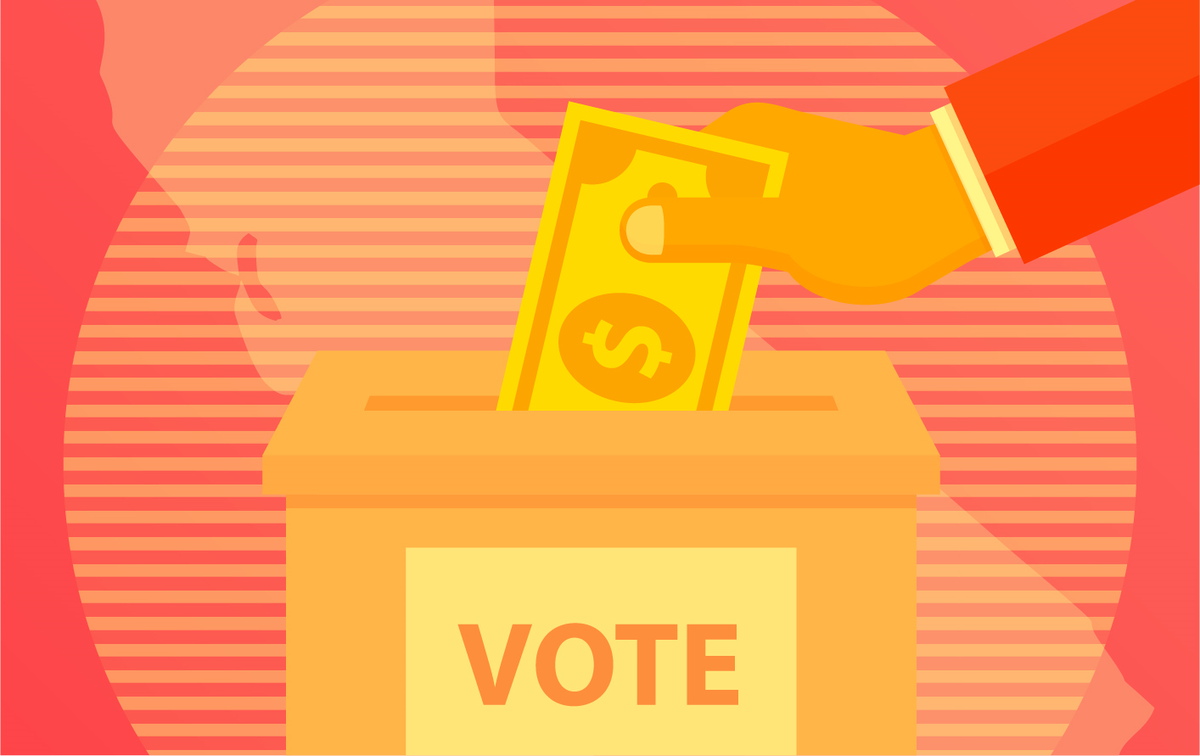 There will be no more calendar watching for Fresno political hopefuls. The days of waiting for the opening of the campaign fundraising season are over.
That is because of a new interpretation by the city attorney of a 25-year old city law that limited when candidates could raise money. Now, future candidates for Fresno City Council or mayor can raise funds whether it is for the 2020 race — or even 3020.
While most city leaders GV Wire spoke with support the move, legal experts say the change is being made on shaky ground.
Currently, candidates for mayor or the council can only raise money from the opening of the filing period (this year, it started on Feb. 12) until the end of the year.

Based on a federal court case in Texas (Zimmerman vs. City of Austin, Texas), City Attorney Douglas Sloan wrote in a memo that he is no longer enforcing that law.
Sloan is encouraging the city council to pass an ordinance, removing any time obstacles for future candidates. The council is scheduled to hear the plan Thursday (Mar. 1).
“In light of the Zimmerman case, this ordinance amends Municipal Code Section 2-1104 to state Charter Section 309 will no longer be enforced,” Sloan wrote in his staff report. Those sections spell out the ban on collecting campaign cash during off years.

Will of the People Established Time Limits

Most city leaders GV Wire spoke with support the move.
That includes the leaders of both county political parties. Fred Vanderhoof, chairman of the Fresno County Republican Party, and his Democratic counterpart, Michael Evans, say that eliminating the time limits helps even the playing field.
Henry R. Perea, who lost to Lee Brand in the 2016 election for Fresno mayor, says that this will help those running against incumbents.
“If someone is serious about running, it can allow them to plan in advance,” Perea said.
Vanderhoof cautions that it may take a few elections cycles to learn if this move benefits incumbents or upstart challengers.
Oliver Baines, a Fresno councilman termed out in Jan. 2019, supports the change.

“The fundraising restrictions we have in Fresno don’t make a whole lot of sense. They are heavily skewed toward the incumbent and really make it difficult for new people entering the race to compete fairly with fundraising. We should have done it a long time ago,” Baines told GV Wire.
Another name familiar with local campaigns applauded the pending change.
“It’s great. It frees up everyone to start raising money again,” said Don Milligan, an enrolled agent who serves as treasurer for 40 current campaigns and committees.

Sloan cites the Texas case as his reasoning for making the Fresno campaign change. Donald Zimmerman was a city councilman in Austin. He sued in federal district court in 2015, challenging the city’s restriction on the amount a candidate could raise, as well as limits on when.
The court ruled that the city has the right to set financial limits, but does not have the right to set time limits.
In a Feb. 1 decision, the Fifth District upheld the ruling. Jerad Najvar, Zimmerman’s attorney, says the decision is final unless the city of Austin appeals to the Supreme Court.
“The city can’t justify a ban on contributions at certain times without proving that contributions given at those times pose an acute threat of corruption, as opposed to contributions given at other times,” Najvar told GV Wire.

California falls within the Ninth Circuit Court of Appeals. The Zimmerman decision was made in the Fifth Circuit. Does that decision hold precedent for Fresno?


“Zimmerman for sure is not controlling in California.”—legal expert Rick Hasen
“Zimmerman for sure is not controlling in California,” answered Rick Hasen, a law professor at UC Irvine. Hasen defended the city of San Diego, when its time-limit restriction on campaign contributions faced legal challenge. The Ninth Circuit ruled in the city’s favor in 2011.
Other legal scholars, such as Zimmerman attorney Najvar and Stephen Kaufman, an expert on state campaign finance law, agree that Zimmerman would not directly apply in California.
As with any court case, Hasen says there is some wiggle room. “It is possible to argue, as the 5th Circuit said here, that perhaps this aspect of (the San Diego case) is no longer good law given newer Supreme Court developments.”
If a 5th Circuit court decision is not binding in California, why is Sloan making the case for Fresno’s change?

According to a 2016 study by Nicolas Heidorn, Policy and Legal Director of California Common Cause, state law allows local jurisdictions to set their own rules when it comes to limits on how much a candidate can raise and when. Only 109 cities (23% of all cities in the state), including Fresno, impose limits.
Last year, Fresno raised the limit an individual can contribute to a campaign per election cycle, from $4,200 to $4,400. Fresno has the highest limit in the state of those 109 cities with limits.
Sloan recommended that the council change the municipal code, noting that Sec. 309 of the charter is no longer valid.
“If a Charter provision is unenforceable, the implementing Municipal Code provisions can at least reflect current case law,” Sloan said.

The timing of the new campaign contribution time limits are a little too late for Nelson Esparza.
He is a city council candidate in District 7. Last year, he settled with the city over allegations that he moved funds from his election account for Fresno County Board of Education (of which he is an elected member) to his city account. Esparza had to return those funds and pay a $500 fine because the transfer happened outside the fundraising period.
If the current interpretation applied, Esparza would unlikely be in trouble. But, he tells GV Wire, he is letting it go.
“It’s a great feeling to be vindicated by the recent court ruling. I applaud the City Attorney for no longer enforcing an ordinance that is clearly unconstitutional,” Esparza said. “While I would welcome the city proactively doing the right thing, my campaign will not pursue this issue because it would distract from the real issues impacting my constituents in District 7.”
He also supports changing the time limits.
“This policy will level the playing field for everyday Fresnans like myself who care about our community and want a fair shot at representing it.”

The agenda item scheduled for Thursday is for introduction only.
The earliest the council could approve the bill is March 8. It would then go into effect 31 days later (April 8).
Mayor Lee Brand could be one of the first beneficiaries of early fundraising. He has already filed his intent to run for re-election in 2020 with the city clerk.