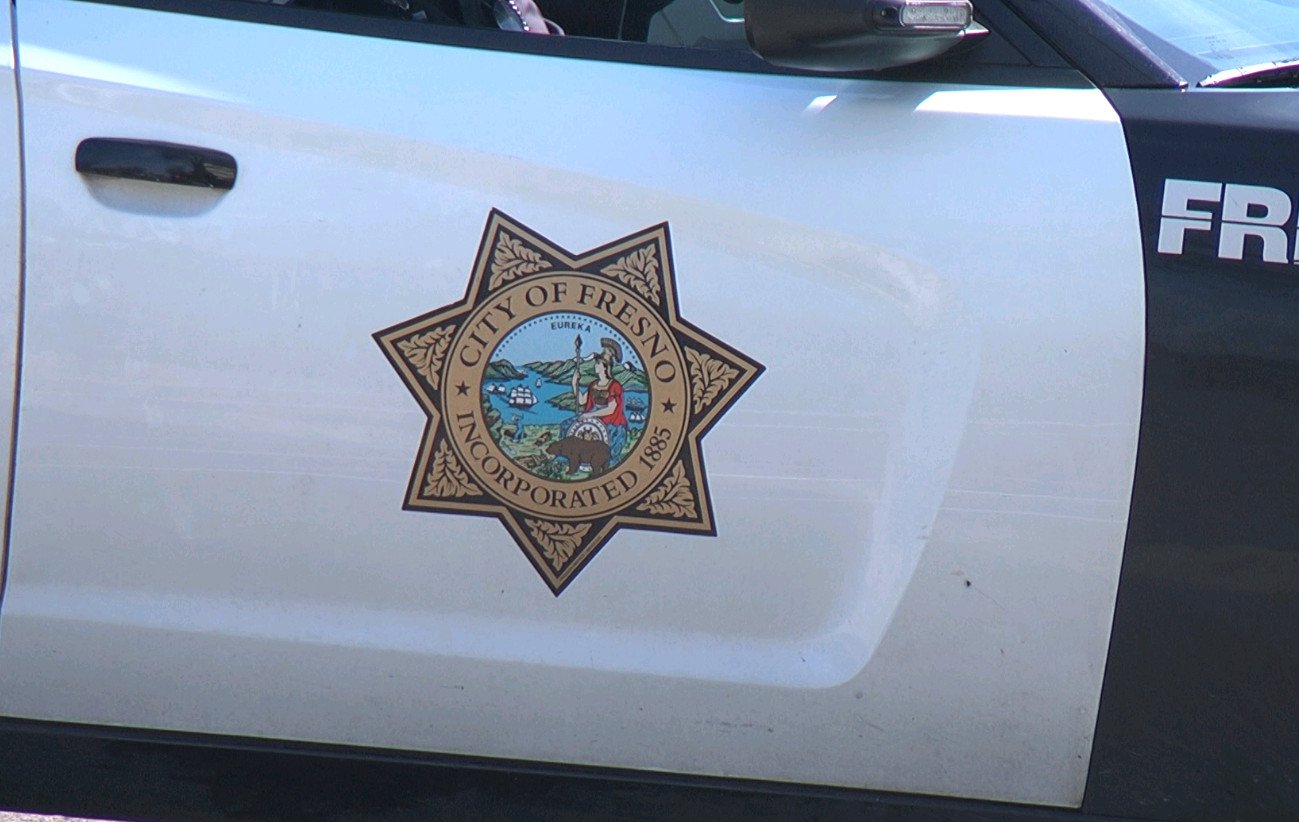 Fresno police suspensions were at a six-year high, according to the latest Fresno police auditor report. The quarterly report, prepared by Independent Police Auditor John Gliatta, showed 19 officers suspended during 2017, up from 16 in 2016.
Available data goes back to 2011.
Gliatta also made two documentations in the report that covers the fourth quarter of 2017, October to December. He suggested that more diligent complaint record keeping is needed. He also requested more electronic surveillance of arrestees in the back of police vehicles.

Source: Fresno Office of Independent Review
Of the cases 25 reviewed for the quarter, the reviewer did not contradict any findings from the police department’s internal review.

Gliatta also made two policy recommendations while reviewing 13 unreasonable force complaints.
First, officers should always document potential complaints as they happen. This stems from a suspect complaining about an assault from a police officer while being transported to the police station. While the officer took pictures of the suspect to document any potential abuse, he did not include it in his report.
Second, Gliatta recommends recording audio while transporting a suspect in a police vehicle.
“Allegations can be quickly dismissed if the encounter is documented electronically,” Gliatta wrote. But Gliatta additionally said that “the costs of outfitting all patrol cars may make this financial improbable. However, the use of existing body cameras may be a temporary solution until funding is secured.”
In all, the Fresno Police Department reported 32 incidents of discipline, the same as 2016. It is under the six-year average of 38.3.
In his report, Gliatta also analyzed the city’s camping ordinance passed in 2017. For the October-December 2017 period, of the 1,354 people police made contact with, 35 were placed in jail; 32 went to the Fresno Rescue Mission, with the rest moving along.
Gliatta also mentioned the creation of the Citizens’ Public Safety Advisory Board. He said the board “will increase public confidence” in the police and “enhance trust, accountability, transparency, and promote higher standards of services.”

Shining Light on the Citizens Advisory Board

Responding to a GV Wire request under the California Public Records Act, the city released minutes from the board’s first four meetings.
The initial meeting Sept. 19 was for orientation. Members received and signed various forms.


Responding to a GV Wire request under the California Public Records Act, the city released minutes from the board’s first four meetings. 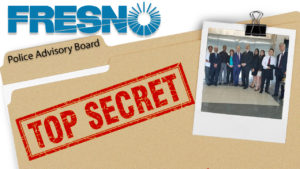 In the second meeting Nov. 7, the group reviewed the OIR report and watched a presentation from the police department’s internal affairs division.
At the third meeting Dec. 5, the group watched two training videos, discussed media contact and the Brown Act (state law that governs open meetings), went over the group’s training schedule, and talked about an ACLU report.
At the most recent meeting Jan. 2, the topics included social media use by the police department, biased-based policing, prioritizing future topics, and media parameters for a Jan. 20 training.
The city did not provide further details of the meetings. It is closed to the public and media. GV Wire has been rebuffed many times by the city and the individual members when asked to comment on the board’s progress.
The minutes also indicated that John Ellis, Mayor Lee Brand’s government affairs director, is the mayor’s non-voting representative on the board. In the past, Ellis and the city refused to confirm this information.

Andreas Borgeas officially announced his intention to run for the state Senate seat representing most of Fresno.

The two-term county supervisor has a distinct name recognition and fundraising advantage over other entrants into the race. Tom Berryhill currently represents the district and is termed out in January 2019.
According to the Secretary of State, Borgeas, a Republican, has more than $516,000 cash on hand. No other known competitor has reported any cash holdings.
The expansive district covers from parts of Sacramento County to the north, the California border to the east, Fresno (but not downtown) to the west, and the Tulare-Kern county line to the south.
“Count on me to fight against tax hikes, protect Proposition 13 and work to repeal the unfair $52 billion gas tax,” Borgeas said in a news release. “I am ready to solve California’s chronic water problems and lead efforts to provide more reliable water for our farms and families.”

U.S. Secretary of Agriculture Sonny Perdue is scheduled to speak at the 51st World Ag Expo, when it opens its three-day run Feb. 13. The secretary acted as the “designated survivor” for Tuesday’s State of the Union speech, meaning he wasn’t at the Capitol. Rather, he was held in a secure location as a safeguard against a worst-case scenario.
Perdue will hold a VIP town hall at the expo. Click here to reserve a space for the speech.

A state agency has officially approved $70 million in funding for projects to help transform Fresno.