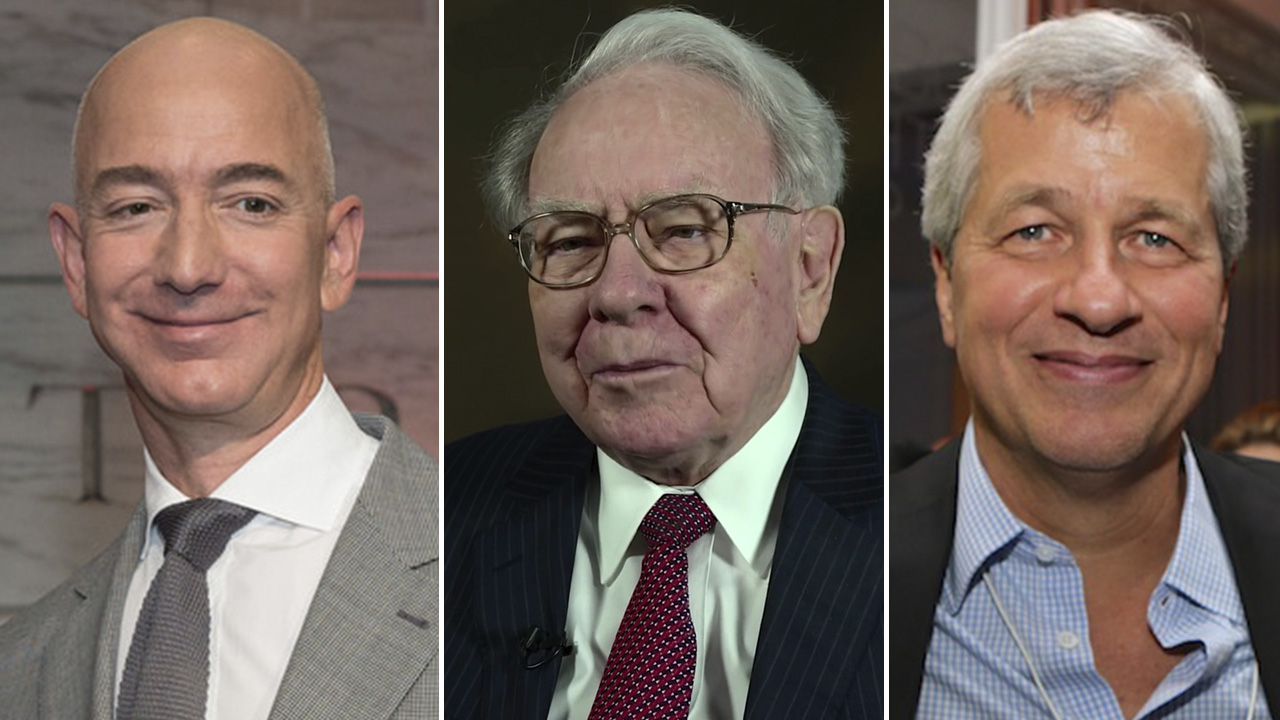 Obamacare is being reduced to a faint pulse. Trumpcare isn’t fully formed, and likely will never be.
So why wouldn’t three American billionaires put their ingenuity and their bankrolls into creating a health insurance company to service the needs of their employees?

“The ballooning costs of health care act as a hungry tapeworm on the American economy.” — Warren Buffett
Warren Buffett, Jeff Bezos and Jamie Dimon delivered the shock felt around the news world — and the stock markets — Tuesday by revealing they would team up to provide their U.S. workers and families with a better option on health care.
Their health insurance company doesn’t have a name yet.

But the mere announcement of their plans sent health-care stocks tumbling. According to CNN Money, top insurer UnitedHealth fell 3%, as did Aetna and Humana. Meanwhile, Cigna and Anthem dropped more than 5%. The carnage didn’t end with the big insurers. Drug-store titans CVS and Walgreens each fell more than 4%, CNN Money reported. And pharmacy benefits manager Express Scripts plunged almost 7%.
To be fair, CNBC reported Tuesday that shares of Berkshire and J.P. Morgan were off slightly, while Amazon edged higher.
“The ballooning costs of health care act as a hungry tapeworm on the American economy,” Buffett said in a prepared statement. “We share the belief that putting our collective resources behind the country’s best talent can, in time, check the rise in health costs while concurrently enhancing patient satisfaction and outcomes.”
It isn’t a tapeworm — either real or metaphorical — that is making the health-care kingpins sweat. It’s the prospect of Buffett, Bezos and Dimon successfully shaving costs and improving outcomes for their employees and then taking what they learn into the entire U.S. market.
“The three of our companies have extraordinary resources, and our goal is to create solutions that benefit our U.S. employees, their families and, potentially, all Americans,” Dimon said.

Perhaps now is a good time to consider a contrarian scenario. American health care is an untameable beast fed by countless competing agendas. It will never be reformed, and costs will always rise. And it’s not like mega-companies such as United Health, Humana and CVS are small potatoes. They aren’t accustomed to losing money or market share.
According to this scenario, there is nothing here really to look at. Other than the fact that several hundred thousand folks working at Bezos’ Amazon, Buffett’s Berkshire Hathaway, and JPMorgan Chase (where Dimon is the CEO) might get good health-care insurance at lower rates.
Bezos acknowledged the challenge ahead, saying, “The health care system is complex, and we enter into this challenge open-eyed about the degree of difficulty. Hard as it might be, reducing health care’s burden on the economy while improving outcomes for employees and their families would be worth the effort.”

What This Big Three Bring to the Table

The names Bezos, Buffett and Dimon are synonymous with success and wealth, as are their companies.
But they also bring an interesting synergy to the health-care table.
Amazon is the master of innovation, distribution and cost-cutting.
JP Morgan Chase obviously knows regulatory issues, money and banking.
And Berkshire Hathaway?
That auto insurer whose ads feature a gecko? Yes, Buffett’s company owns GEICO.
Good luck, gentlemen.
Related Topics:AmazonBerkshire HathawayCVCHealth Carehealth insuranceHumanaJaime DimonJeff BezosJPMorgan ChaseObamacarestock marketTrumpcareUnitedHealthWarren Buffett
Up Next