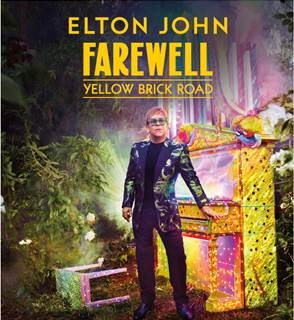 Elton John is making one more stop in Fresno.
The Hall of Fame singer announced his Farewell Yellow Brick Road tour. He will appear at the Save Mart Center Jan. 15, 2019.
Tickets go on sale next month, Friday, Feb. 2 at 10 a.m. They are available at Ticketmaster, or at the Save Mart Center box office. Prices are set at $49.50, $124.50 and $224.50.
John last appeared in Fresno in 2003, according to fan site Eltonograpy.com. This would be his sixth, and final, Fresno concert.
The Fresno date is one of 300 shows John plans on performing in a three-year span. The tour starts Sept. 8, 2018 in Allentown, PA.
Fresno is the first California date on the tour. Other Golden State performances are Jan. 16, 2019 at the Golden1 Center in Sacramento; Jan. 18 at the Oracle Arena in Oakland; Jan. 19 a the SAP Center at San Jose; Jan. 22-23 at the Staples Center in Los Angeles; and Jan. 29 at the Valley View Casino Center in San Diego.
After the first leg of the North American tour, John takes the show to Europe in the spring of 2019 before returning to the United States in Fall 2019. Proposed California locations include Anaheim and San Francisco. John continues the tour around the world back to Europe, Asia, South America, Australia and New Zealand.