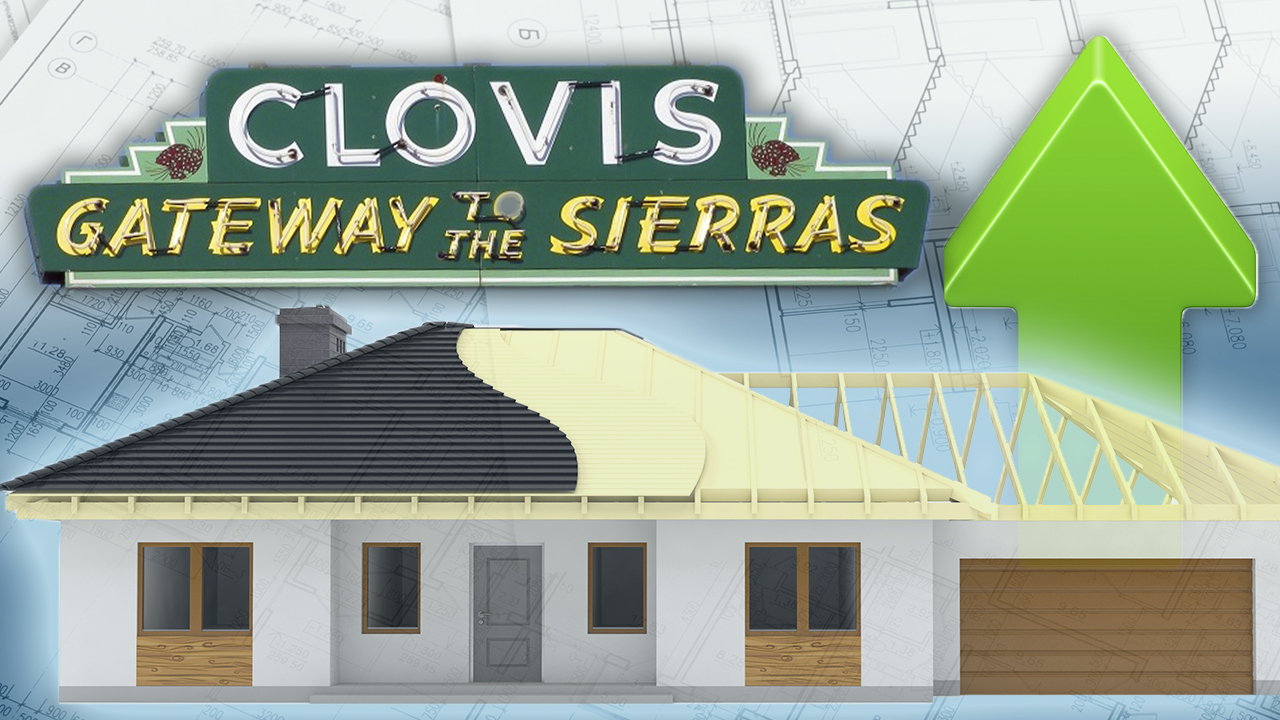 Clovis — with an estimated population today of 109,000 — is in a building boom that will make it a city of more than 175,000 residents by 2035, according to the city’s water planning documents.
Evidence of this rapid growth plan can be seen all over Clovis, which has promoted itself as the “Gateway to the Sierras” since its incorporation in 1912.
Between 1990 and 2012, the city doubled its population from 49,000 to 98,000.  And right now, all along the southeastern part of the city, which is known as Loma Vista, neighborhoods are rapidly popping up.


For the past two years, developers have pulled more permits to build single-family homes in Clovis than in Fresno.
For example, the orange grove at Ashlan and Highland avenues will soon see 204 new Wilson Homes.
An empty lot at Bullard and Leonard avenues is where Granville Homes plans to develop 229 new residences.
(Disclosure: Granville is the corporate owner of GV Wire.)
The Clovis City Council approved both of those projects — and two others — last week in a marathon session.
Some residents, like Ryan Woods, expressed concern at the meeting. He wanted the city to ensure the privacy of existing homes and to protect water rights. Woods also would like more Clovis parks.
The city council listened to Woods’ comments, as well as the concerns of other residents. Developers then agreed to certain conditions that put some residents’ minds at ease. But after hours of testimony Jan. 16, the council approved four different projects that added 1,000 lots to the city.
The restrictions included improving drainage requirements, aligning roads so that headlights won’t shine directly into homes, and restricting two-story homes along the perimeters of the new developments. 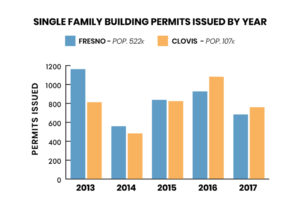 In addition to the Wilson and Granville projects, the council approved 58 De Young Property homes on the west side of Locan Avenue between Teague and Nees avenues. The council also voted to annex 117 acres along Ashlan (between Leonard and Thompson avenues) that includes 602 home lots.
“We can’t afford to be a bedroom community. We have to have a jobs-housing balance of 1-to-1. That is a healthy balance in our community,” said Dwight Kroll, Director of Planning and Development Services, for Clovis. “Having retail follow rooftops is always good. Retail is tax generation.”

All of these new homes will need water. Clovis is in negotiations with the Fresno Irrigation District about increasing the amount of water it receives now and well into the future.
“We are extracting some. We are also reinserting water into the groundwater table to balance that out,” Kroll said. “All new development basically is being served by surface water by the Fresno Irrigation District. Basically, it is Kings River water.”
In addition, the city’s water plans must pass muster with the Sustainable Groundwater Management Act signed into law by Gov. Jerry Brown in September of 2014. The law requires groundwater-dependent regions such as ours to halt overdraft and bring basins into balanced levels of pumping and recharge.
The city also has plans for new schools and is working with Clovis Unified School District to meet the educational needs of incoming families.
For the past two years, developers have pulled more permits to build single-family homes in Clovis than in Fresno. In 2017, developers pulled 758 permits from Clovis and 680 from Fresno. Both numbers are down from 2016: 1,077 in Clovis and 925 in Fresno.
Keep in mind: Fresno has five times the population.
“Our philosophy is that it is a partnership. We develop the plans. We provide the basis of development in our community. We are responding to a city council that responds to the general community here in Clovis,” Kroll said. 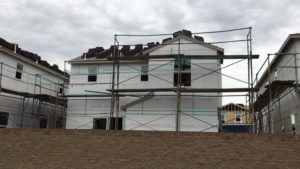 This new home near Leonard and Shaw avenues is one of many being built in Clovis. (GV Wire photo/David Taub)